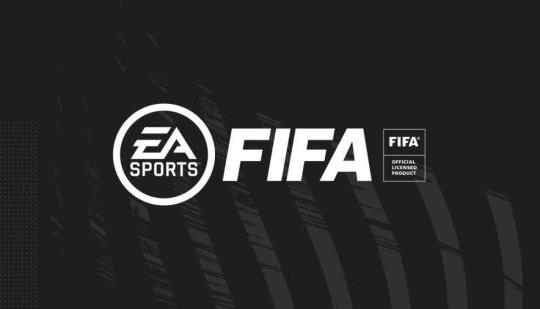 From VGC: "Electronic Arts CEO Andrew Wilson has given employees a frank appraisal of why he believes the company could be better off ending its 30-year relationship with FIFA.

In his most revealing comments yet on the status of licence negotiations with the footballing body, Wilson told staff in an internal company meeting in November that the FIFA license had been “an impediment” to EA’s ambitions for the game series."

Are they kidding? It's 4 letters but it spells out a word that's a massive brand today.

You know how many casual sport fan gamers buy this every year because of the world Fifa in the title, I mean it won't kill sales but I doubt it'll get as much recognition as it used to. It was one of (the many) reasons why it had an edge over PES.

i mean, sure.
but the licence holders of Fifa want billions of dollars for licencing at this point.

they're also quite limited in what they can actually do with the games it seems.

who knows whether its actually worth it or not for EA.

Limited ? You mean make a authentic sports game wether that be football, soccer, etc.
FIFA probably asked them to put VAR features in the next one which meant EA would actually have to do some work so they ran a mile.

The only limitations are on 99% of the other developers who cannot compete with Fifa who have the players licenses and all the leagues so everyone else has to get around that like pro evo or just go down a completely different route (red card soccer etc) the only limitations are down to EA’s lack of originality they make changes for changes sake. Utter cash cow stopped buying it years ago should have been free to years now just charge for an update each year that’s basically what they release anyway, new number on the end new soundtrack and same old same old

I get being frustrated by being limited in what you can do but how many hundreds of millions come from both game sales and coin purchases so players can buy the name on those cards and packs each fiscal year. At some point, due to greed by either FIFA or EA there will possibly be a breaking point. But to come out and say this? Seems like he's a bit out of touch with just how the FIFA Brand provides EA. 2 cents

"You know how many casual sport fan gamers buy this every year because of the world Fifa in the title, I mean it won't kill sales"

Fact is FIFA on the box or not EA make the best game about football. They can call it EA football if they want, people will still buy it as the core game is solid. It has the edge over PES as it's simply the more solid product.

FIFA and UEFA are one hell of a corrupt organization though.

Perfect for EA then

UEFA still deciding on the champions league I dunno what rock they living under but it’s not even a decision. All about 💰 tho.

It spells out a 4 letter word that goes hand in hand with a lot of the higher ups at EA. It’s similar to CarroT and CurrenT ends and begins with the same letters anyway 😑🤷🏻‍♂️ 🤣 fans deserve better than their yearly churned tat

They can't add any new modes or brands because FIFA won't allow it. They can't even add gameplay features and such without getting FIFA's approval first. I know it's EA, but it does genuinely seem like they've wanted to do more but FIFA blocks them at every step. On top of that, FIFA's demanding $2.5B over the next 10 years. That's $250M per year. That's not worth it, especially when FIFA actively hinders the end product.

To be completely honest though this doesn't surprise me. FIFA are known for being corrupt scumbags. They've had so many scandals.

It doesn’t have to be FIFA.

The licenses are what 90% of people are buying into been that way for years pro evo were making major changes and better games for years previously didnt matter tho as Manchester blue doesn’t sell copies of a gsme when you can Chuck all the official leagues and players in your game. Fifa getting too big for their boots hope they give it up they’ll soon regret it when the sales drop off a cliff

What so FIFA say no to having proper leagues ? That's on EA imo.

I guess FIFA must also be impeding EA from innovating Madden because that franchise hasn't changed in almost a damn decade.

A quick Google search on how much EA has profited from their combined Ultimate Team modes and you will see that $2.5B (if accurate) over 10 years is chump change to them in the long term.

Maybe, just maybe, this is EA doing damage control by essentially saying they don't need FIFA and that, if anything, they were a detriment to their goals.

EA hasn't shown innovation in any of their sports franchises in many years, so I find it hard to believe FIFA people are holding back game innovation.

I think Andrew Wilson should remember that he's only the CEO today because he created one the most abusive system possible on FIFA fans.

This is literally a grifter complaining about the Italian Mafia.

"Internal meeting" maybe, but I'm sure it is no accident these sentiments were "leaked". This is very clearly a ploy meant to:

--Have fans advocate that FIFA let EA do whatever it is they haven't been able to do.
--Prove to FIFA that EA doesn't value their license as highly as they think, in a naked attempt to bring the cost of the license down in upcoming negotiations.

If FIFA thinks there's a slim chance EA would balk & do their own thing, FIFA would likely consider revising their offer since there's basically no one else who can step up & pay FIFA billions for their video game license rights.

All of this stuff is intended. I'd even suggest that, for an "internal meeting", the stuff quoted almost sounded like written copy rather than natural speech. Maybe they could review the "billions" in profits they've made & either bring MTX prices down, or make sure to share some of that wealth with the people who ACTUALLY make the damn game. Outside that, who cares. Let the billionaires butt heads over their disgusting piles of ill-gotten cash.

Huh. Not a big deal that I got downvotes, but I'm pretty shocked people disagreed with this. I'd love to hear other people's takes on this.

Yeah if I wasn’t a fan of EA I sure ain’t now bunch a 🤬🤬🤬 29324;’s it’s impeded them yet lined their pockets by the billions of dollars. I hope they let the license go it’s about time someone else had a chance they’ve had a monopoly for years and if they think they’ll do better without all those licensed players and leagues good luck to em I say as they gonna needed. I knew they were out of touch but this is just sheer delusional why do they think people been picking their yearly games… the licenses. Someone else gets them they’ll likely be going elsewhere I just stopped playing EA can do one. One company I wouldn’t even shrug my shoulders for if they went under they don’t bring anything original and are just pure greedy 🤬🤬🤬 29315; yearly churned bang average games played one a gen played em all.

...am I supposed to sympathize with EA here?

With how much FIFA wants to control the direction, gameplay and options of the series, maybe they should just create a studio of their own. If not, then maybe don’t expect such ridiculous compensation like a billion dollars. Bring back the Street series and maybe sports games will be interesting again…

Hahahaha, rally the troops. "FIFA" has been synonymous with football since the mid 90's. But they asked for it; predatory loot boxes, same game each year with little to no refinements. "FIFA" in the title has sold million upon millions of copies over the years and I'm pretty convinced this is not EA's ideal situation. No way was it impeding their creative vision or whatever, it is a money printing press.

Not the four letter F word I was thinking of on the box.

FIFA wanted more money. And EA probably wanted to add more loot box or GaaS like micro transaction features FIFA was not going to back EA with.

Same company with the infamous, "surprise mechanics." As much as I liked FIFA back then, I stopped buying their sports games years ago. Wouldn't matter what four letter F word was on the box.