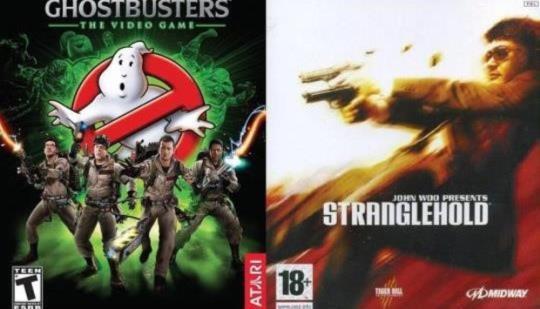 6 Films That Continued In Video Games

Hollywood loves to make sequels, taking something that has been successful and expanding it into another instalment is not only simpler than making something new, it is also more likely to be a success due to brand recognition.

Nice. I can also think of "The Thing", that continued the story of the classic Carpenter's movie.

So love the Ghostbusters game the PS2 version and the Wii version were different but it was also fun to play. I own the game on 360, PS3 and PS2 it was the sequel we needed for Ghostbusters 3. Still way better then that all female cast Ghostbuster remake dumpster fire.

Marketing the GameCube, and what went wrong?

20 Years On, The GameCube Controller Cannot Be Beat

The Top 10 GameCube Games of All Time | Ranked