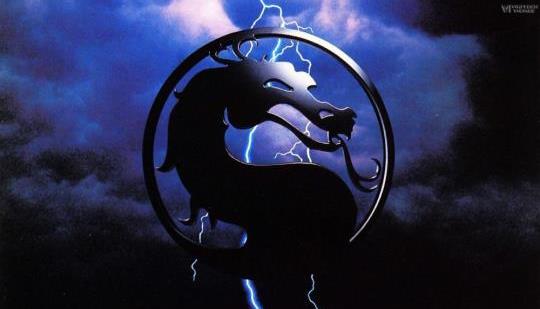 While no official announcement has been made, a NetherRealm dev's work station has seemingly leaked "MK12."

I cant wait to see this game. Hopefully its on next gen consoles and pc only.

If it's using Unreal Engine 5, I'm sure it will be

Their next title is rumored to use UE4. NRS uses a heavily modified version of UE3 for most of their releases due to it making it easier for cross platform development. The fact that Injustice 2 and MK11 look as visually stunning as they do running on UE3 is astounding.

Yea ... their heavily modified UE3 build for MK11 looks stunning!
Funny thing ... even Batman Arkham Knight is based off of a heavily modified UE3. Its not UE4.
Sometimes dev modify an engine so much ... it barely resembles the original one.
CoD's engine is the best example here. Started off as idtech III (Quake III)

Unpopular opinion:
Please go back to how MK2 or UMK3 felt. & bring back test your might. & you don’t need buffed models.

an elder gamer! it's always a nice thing to see one around.

MK2 is one of my favorites.. the sounds.. the feeling.. so amazing!

ugh again. I hope the combat becomes actually fluid and not like they are drying cement. The animations are so awful and awkward . Dead or alive 1 on ps1 had far more fluid animation than MK11 .Combat is always so bad that games only purpose is to see the fatalities and be done with it.

MK11 is fantastic. How much did you even play it? It has a metacritic rating of 88! Seems like your opinion is against the vast majority of us.

i mean im glad you enjoy it. Content wise and graphics it's great.....but NO one fights that stiff anywhere but MK. It's like they fast forwarded someone doing demonstration katas and then made them connect. The animation and gameplay just feels stiff, hard and like a block of ice

did you notice, you want MK, without Fatalities and Brutalities ??? They did it once and it was a crap.

I actually don't want mortal kombat at all. I want Injustice 3

fu... that's enough of MK or Injustice.. We want story mode MK.. Which is like Shaolin Monks.

Could you imagine a shaolin monks game made by rocksteady instead of third string DC characters. Man that would be sick.

You don't speak for me. Yes, I do want a new Shaolin Monks, but not at the loss of MK12 or Injustice 3.

F*** yes! Do it. I like the prequel premise as well. No previous human characters!

Besides Shang tsung. And it has to be movie Shang again. It has to be. Great Kung Lao, goro and all that shit. No guns and special forces. The only thing i would kinda miss is cage. Do reiko instead of kahn, it’s the same shit.

I really hope you're talking about the 90's MK movie and not that abomination from last year.

Yeah the guy they used in mk11 lol. I didn’t want to butcher his name so I just said movie Shang. Carey takagawa?

It would be nice if they bring back John Tobias.

They must make it an Armageddon 2, where EVERY MK character so far is included (yes, including those of MK Armageddon 1). It would be simply AMAZING.

Sweet! Always down for some more MK, hope they go back to how fast everything was in MKX though, everything felt stiff and slightly delayed in 11 but I still loved it.

Would be nice if they had Vergil from DMC in MK12. An MK Vergil would probably have white eyes and an MK remixed version of Bury The Light.

As an Injustice superfan, I am sad to hear that the rumors may have been true that they're not going to adhere to their cycle of the last several games. MK - Injustice - MKX - Injustice 2 - MK11... Judging from that, we should have gotten Injustice 3 next. But there were rumors that they wouldn't be doing that. I was hoping it wasn't true.

It's okay. As an Injustice superfan, I'm sad. But I also loved MK 11... so I suppose either way, we all win. It's just the latter would have a bit more of a sour taste.

Yes this news was a injustice

That does suck. As a MK super fan I’m hyped though. I think they learned a lot with this last game. I would expect the next game to be juggle heavy with the neutral game they leaned in 11.

I’d love to see interactive levels like the injustice series on this franchise.

5 JRPG Games You Should Play Once Or Revisit