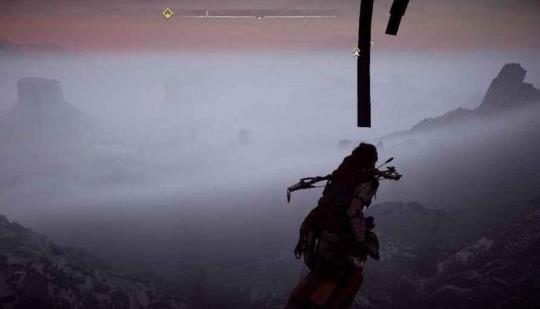 Horizon Zero Dawn is the best Ubisoft-style open-world game and Ubisoft didn't have anything to do with it. They can learn from it, however.

cogconnected.com
- Comments (66)+ Comments (66)
TopNewestOldest
Expand all
The story is too old to be commented.

Because you have to climb a tower to reveal the map it's automatically an Ubisoft game.

Also Horizon plays nothing like an Ubisoft game. Yes it has Towers, but so does BoTW and many games nowadays. Everything else is nothing Ubisoft invested so knock it off already.

the Map horizon was mot cluttered at all. Also there are not compasses in Ubisoft games. There’s always feature a mini map on screen. Have you played the game at all?

You just joined an hour ago

Did you really make duplicate accounts to shit on HZD?

The thing that BoTW did that no other open world game has done was to give us actual freedom, not the fake sense of freedom that is very patent in every other so called "open" world game. The revolutionary part of BoTW is its design, not its gameplay mechanics, wich is something that is extremely apparent to anyone that has played the game.

I would say a combination of Breath of the Wild, The Witcher, and a little Assassin Creed. It has more RPG elements than Assassin creed. The second game is more WRPG than the first game.

Isn't that the point.

It’s exactly like a Ubisoft game. Let’s face it if it wasn’t a Sony exclusive everybody would be happy to agree to that.

Let’s be real here. The series is far better than anything similar Ubisoft has put out but it is still a carbon copy of the Ubisoft formula. Not just vague similarity but carbon copy. There are towers, there’s camps with alarm systems, hunting systems, foraging systems, crafting.

I don’t particularly mind most of those systems I just wish the industry as a whole would get rid of the whole tower system. Yes it was an interesting idea in assassins creed 1 but by number 3 I think everyone can agree it had been used enough and was time to be forgotten about.

it doesn’t matter if this was a Sony exclusive or not. To say that this game plays like an Ubisoft game is very inaccurate. I would be the first to know and drop the game in a instance if that was true.

The only thing it has that resembles An Ubi game is the Towers and camps which is something they pioneered and overused. Everything else was already done before and it was not unique to far cry or assassins creed (which ripped off a lot from Sly cooper mind you). Devs taking ideas is nothing new plus Horizon focuses mainly on hunting machines while Far Cry focuses on Gunplay. Hunting in FC is secondary. Stealth in Horizon is not a focus either so I doesn’t play like assassins creed either.

Hunting System, foraging, and crafting is not unique to Far cry. Monster Hunter has been doing all of that since forever and it is no coincidence that there was a Horizon x monster hunter collaboration. The way the machines attack and are designed is more monsters hunter than far cry, and Ubi games have been very soft when it comes to RPG mechanics up until AC Origins,

I'm sorry, 1nsomiac, but I'm not convinced that you've played HZD at all. Probably saw some Twitch gamepay, or a youtube vid, and based your opinion off of that.

1nsomniac, get some sleep dude.

I played HZD right after I played Far Cry primal, and the similarities were obvious. Saying this plays NOTHING like a ubi game is ridiculous. Doesn't change the fact that it's a fantastic game...

I just don't understand how can this game be a PS4 game.

It should be a benchmark in many ways to different developers, not just Ubisoft.

I think that's the point LOL!

Horizon, Ghost of Tsushima, Days Gone, Spider-Man. Sony's got a good gamut of examples on how to do open-worlds in many different environments.

I'll give you all but Days Gone. There really wasn't all that much to do, and they based their gameplay loop around having to hit a gas station ever 14 seconds.

I totally agree on the gas situation, that was the worst part of the game. It's a motorcycle with the efficiency and capacity of a lawn mower until 40 hours into it.

Wasn't a fan of the acting either, but I stuck through the game because traversal and driving (with a fresh tank) felt so good.

Die they fix the gasoline issue later? Because I never had problems with gas in my playtrough, but I played the game a year after release or something.

A) Running out of gas was actually a fun mechanic because without it especially at night early in the game you had to be very careful or you were dinner. It was probably the best "survival" mechanic in any game because it took thought and strategy to stay safe.
B) It was easy to upgrade the tank so you almost never ran out.

I never ran out of gas on accident.

I thought it would annoy me... but it didn't. I found that game a pretty chill experience (well apart from running into a horde)... I actually enjoyed pulling over, fueling up, exploring a bit. I get why others wouldn't like it, but for myself... yeah chill.

Not at all. Did you upgrade your bike? I barely recall having to fill up the bike throughout gameplay. It was such a minor thing and it opened the possibility for serious survival shit situations which I loved and wished had happened to me more often.

People complained about it because it led to their death...or because they weren't used to having to take care of the mount in a game. So they'd not bother upgrading it and would leave it somewhere and go really far on foot. By the time they realized they should keep their bike close they still hadn't upgraded so they also started to run out of gas. I've watched the gameplay videos...carelessness doesn't even cover it.

Although hitting a little rock on the road and getting your bike destroyed was a bit much.

The most important thing Ubisoft should learn from this game and other open word games are make them fun to play. To them the game lenght is more important than anything else they always talk about the stuff that this world is bigger than any other they have ever created etc etc

I feel like so many developers nowadays miss the aspect of games and the reason we play them is to have fun. If your games are chore to play then you did not do your job properly simple as that

I think a subset of gamers wished it upon themselves as well. People have a habit of relating hours of content to monetary value. As in "it was worth my money because it has x hours of game time". When others like myself look at it a value - experience.

Exactly just because game is long doesn't mean it's fun or worth the time. We got way too gamers who look at length of the game as whether to buy or not. Developers who make quality content which is 10 hours long deserve our support more than those make open world games with fetch quests and filler content

Well yeah and it's a bad way to look at value since...you could technically say mutliplayer games have infinite value....since you can spend 100s of hours on each. Maybe 1,000s

Horizon and Tsushima both crap on Assassin's Creed...Funny thing is Ubi has been doing AC for the longest and Guerilla's first open world game put them to shame, same goes for Sucker Punch.

All those games share only the most basic of similarities, IMHO. This is why I hate seeing people hate a game just because it's open world. There are a lot of differences in these games that go beyond towers, collectibles, and travel options.

***The differences are mostly down to the combat and UI.***

If you're watching YouTube videos that boil everything down to just combat and UI, please watch something else.

This article makes no sense

zero dawn open world sucks, there is nothing to discover at all. All weapons are purchasable in the shops and none of the pieces are difficult to get in order to craft. Hoping so much forbidden west gives purpose to the open world

There’s nothing to discover except for ruins, cauldrons, treasure/artifacts, and villages you will not find unless you explore.

Did you play the game or just focused on the story only?

I played the game, the only armor you find outside of the shop is the ultimate armor in the game.

My point was that literally all weapons and armor in the game are purchasable in shop and all craft pieces are easy to find and get.

Visually it was nice to explore, but it was like going in a ruin was for nothing.

I enjoyed the game but it was the only flaw for me. I don't think it's bad criticism to ask for more equipment to be spread around the world and reward that exploration.

The story was awful by the way. Well the story telling was. It went from actual cinematography to standing listening to holograms talk.

I mean, what is "nothing" here? Nothing of interest to you or just absolutely nothing even though there is stuff to find and optional areas to explore/complete? I 100% get the opinion that hunting for metal flowers or the like isn't liked by people, but that's not all there was. But there are side quests and the like to do or not do (even the hunting grounds stuff isn't required).

Exploring yielded no rewards except to say you did it. There was nothing special to find except for the one ultimate armor.

There was a big world, lots of ruins and all of thst which was nice, but the reward for finding it all gave literally nothing to you. I just would have liked to see special accessories, armor, costumes, weapons etc that you get exclusively from doing the side quest or finding in the environment.

I don’t think he ever played the game.

Ubi will be going mobile and F2P with some live service SP experiences thrown in there. They will only get worse not better.

Ubisoft can never make a game like Horizon because it contradicts it's revenue model.

Ubisoft benchmark should be 2000's Ubisoft, games like rainbow six Rogue spear, prince of Persia trilogy, the first iterations of ghost recon, the splinter cell first 3 games, etcetc, they should learn within themselves. The problem with ubisoft imo was that at some point they wanted to be like Activision, and make yearly franchises and cash cows but it failed awfully , now the only thing they have is a stupid mechanic that make all their games feel the same with different skins and assets.

It is not a Ubisoft style game at all.

Ubsioft invented the trash open world repetitive grind. That's all. Open worlds existed before them and were better before the massive amounts of busy work jammed into the genre.

it plays nothing like a Ubisoft game and that's a good thing. Ubisofopen world games feature unnecessary grind and a look it it's content feels like fluff. I didn't get that from Horizon Zero Dawn