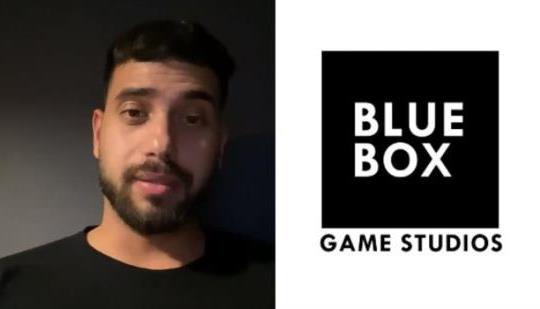 playstationlifestyle.net
- Comments (37)+ Comments (37)
TopNewestOldest
Expand all
The story is too old to be commented.

This guy has no shame.

At this point it’s just funny to check back in. I will not buy this game and have no interest in it now. Why would someone buy his game when he has played off of the hopes of gamers for months now?

The pyramid scam of video games.

Not really since they haven't made any money. You're thinking of Star Citizen.

Since this wasn't in a Star Citizen thread, the hardcore defenders weren't able to downvote it and look what happened. Love to see it.

Came here to witness the community meltdown all over again. Don't disappoint me guys and gals!

They've lost any good will from me at this point. Show me something meaningful or don't show anything at all.

Honestly, I still think this has Kojima's fingerprints all over it. I think it's Metal Gear. This all feels like an annoying but elaborate way to come out later with "Kept ya waiting, huh?"

Sony's oddly quiet about this. They're oddly quiet in general, but knowing that we know about psvr2 and it's been too long since they've caught us up on anything, it feels like there are some seriously massive reveals coming.

Can't say for sure obviously... But there's too much weird stuff going on, and I still think Blue Box is part of this strangeness we're living through.

I completely agree. This feels so much like something he would do and while it has gone on too long maybe that's the point; to show how deep the rabbit hole goes when it comes to peoples responses to all these bait and switch games. I feel like it's a commentary on the state of the industry.

Despite all of that, no one has been able to explain to me why this fake announcement of a real game from a small indie dev with a history of releasing nothing but failures landed a spot on the PS blog. Sony hasn't commented on it, removed the post/video, it has a native PS5 app that they are continuing to update and push notifications to the news feed. If this is all just a scam, it makes entirely no sense that Sony would continue to support it let alone have a MASSIVE PS logo on Bluebox Studios website. I personally think there is a big surprise in store for this whole thing. When we get it is another matter all together, but it's coming.

I don't think so, if you do some digging you can see this guy has done similar campaigns before, and those equated to nothing much

Kojima already did the whole fake game and fake studio thing. He's not going to do it again. Especially with how sloppy this whole thing has been. Kojima is meticulous about how he pulls his pranks. Blue Box is a real studio with a track record of announcing and cancelling games. They were formed before MGSV came out. You're telling me Kojima set this up before he left Konami? Before he released Death Stranding? Get your heads out of the clouds. Kojima has nothing to do with this.

Agreed. This Hasan is probably AI and we've all been punked again by Kojima. Wishful thinking.

My thoughts exactly. It's just too strange to have Sony so on board, only for this to be non-committal vaporware. It's very strange. I'm wondering if there are announcements within announcements at this point. To an extent, Kojima is predictable... And perhaps he didn't like how quickly The Phantom Pain was figured out. If I'm wrong, I'm wrong...but this feels like a massive misdirect.

Isn't that also reason to use this guy? Because people would be inclined to believe he's full of it and Kojima is capitalizing on that, allowing the title to hide in plain sight?

Is it a fake studio though? Perhaps KojiPro are absorbing them? I think we're all very much playing into the feeling of paranoia, which is probably what Kojima wants. Is the theme of this new game connected? The feeling that something is there, but others convince you that you're wrong... Only to realize you were right all along? Something of a Candyman effect?

It's clever, and when you think about it that way, it makes complete sense: it's like MGSV's nuclear disarmament campaign. His trolling has moved beyond the individual into a more societal form. In that case, what would the condition be this time?

I have no earthly clue on any of it... But I do believe Kojima is up to something here.

Yeah I agree with that, I'm all for mystery and surprise and happy to be tricked but there is usually a time limit to these things and this ran out a while back

Look, the fact that they’ve delayed a trailer is already bothersome, but I’ll wait to take a dump on this dude until I see this game. I’m pretty sure it’ll be sh*t, but let’s wait and see before we go all mob mentality on him.

Why? He is adding BS messages to his website. Literally his only talent is lying.

I mean if that's the case he deserves everything coming to him, but I'm hoping he really tries to deliver on what he's been hyping.

We may never see a game. This was fun initially but my hope is quickly fading.

Let's not start this again.

Stop giving this indie game attention like a AAA game.

Sony, delete this app from the ps5 store ffs

Rather shove a log from the toilet in my ear than hear anything these floaters have to offer.

Horrible marketing. Nothing but backslash from this studio.

I said it before and i'll say it again. This will not end well.

This title will definitely make for a great what happened episode on YouTube. I can't see this situation ending well at all.

So you're saying it's the Fyre Festival of the gaming world?

Kinda. It's not quite there yet. Remember people spent big bucks for that fiasco. Not so much for this mystery project. The press it was getting was on par though. All because Kojima, Silent Hill and even Metal Gear rumors. Suddenly a random indie dev with maybe one released game to its name was getting AAA level news coverage. I know they've canceled more projects then they released them.

I feel bad for all the employees at the studio, this will backfire terribly

I hate to see this man's face.

The dude is a Pathological liar in Poser sauce. This is like, so painfully obvious. Must be living the dream having nothing to show zero production-wise (which is weird,) and a website that is FAUX as F (also weird, for those serious). This is basically the kind of gamer that went to a unity or unreal beginners workshop where they plug around in the engine and make people feel like they are doing something in a pre-existing template. Afterwards he ran home and started bragging that he's a game developer now and that his idea is in currently development (as he tries to figure out what the hell he just got into)... and then spends more time hyping the game being in progress then anything being done on it. This shit is common, he's just a trending version for reason.

Become the Reaper in Season of the Haunted in Destiny 2