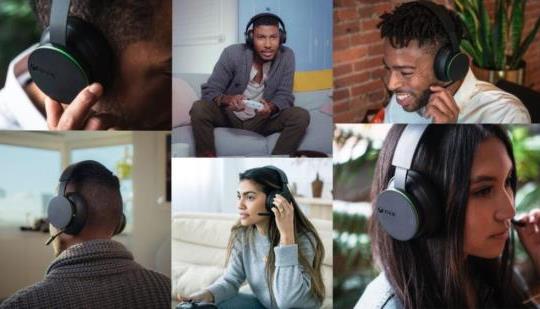 How do you know which new gaming headset is the right one for you? Here's a guide to the best Xbox headsets available now!

chithot.com
- Comments (8)+ Comments (8)
TopNewestOldest
The story is too old to be commented.

This is the last thing i need to get to be set up properly, have avoided it because i mostly play with my freinds on playstation so i dont think i would use it a whole lot, but for the few freinds i have that do have a gaming pc.

Think ill grab the official xbox ones, i hope the mixing is a lot better for an official headset, sonts puose head sets are awesome so hopefully these match up to it.

The official Xbox headset are pretty decent for $99 USD. I primarily use Adtro A50 for my PCs, PS5, and Xbo Series X, but did a review on the MS headerts. The earpads seem a bit small, but other than that the overall aound quality is good, good mixer xontrol, decent set festures, and easy to use volume/chat control.

If the mixer and sound is good and its all easily controlled from the headset then yea 99 bucks is great.

Whilst the official headset offers great sound, my only issue with it is the fact that the entire speaker spins for the mixing and volume, its ok whilst in a gaming chair, but if your like me and sometimes go into couch potato mode, then i find that the cushions can keep altering the volumes as i move my head...
Saying that, if i had to recommend a headset, then the official would be my recommendation.

I have the official Xbox wireless headset. I love it. The sound may not be the “best” out there. But they do sound good. Only an audiophile would really argue otherwise.
I convinced my gf to get them when her ok pair went and she loves them now to.
I also have the PS5 pulse headset, I think they may sound a tiny bit better. But I actually really prefer the turn dial set up on the Xbox headset. It’s way more intuitive instead of having 2 small dials and 3-4 buttons.

I use the Turtle Beach 600 Stealth Gen 2, wireless and $100, and I have pretty mixed feeling on it. Quality of sound, paired with Dolby Atomos, is great. I use it to sound-whore in PUBG all the time.

The cons are annoyances and inconveniences more than anything.

1. The mic picks up EVERYTHING. It would pick up my fingers rubbing together on default settings (a sound my ears wouldn't pick up). You can plug it into a computer and download an app to lower the mic sensitivity, but even on the lowest setting it picks up a ton of ambient noses in the background. If you are playing singleplayer, obviously this doesn't matter, but playing in a squad, this can be annoying as it will key the mic frequently.

2. To mute the mic, you have to either flip it up or press a button on the left side of the headset. Volume for games is adjusted with a dial and party chat has a separate volume dial. This can be frustrating since you have to take a hand off the controller to mute the mic or adjust any volume, which can be hard in the heat of battle. I used a wired Turtle Beach headset before that had a controller puck that had the mute and volume buttons on it and it was vastly more convenient.

3. I have a large head, so it isn't a very comfortable headset. It is too rigid and needs some more flex in it.

So, essentially, this is a great headset for singleplayer games, but I can't recommend it for people that play mostly multiplayer games.

Rebuild a civilization in Endzone - A World Apart: Survivor Edition on Xbox Series X|S and PS5