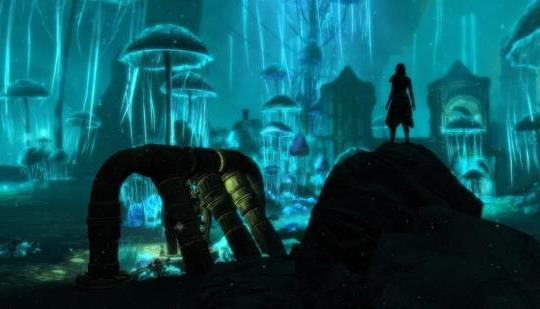 From USA Today: "It might seem ironic given its status as one of the world’s most ubiquitous games, but there’s quite a lot we don’t know about Skyrim. Up until now, we’ve never heard many details about what changed between Oblivion and Fallout 3 — and subsequently between Fallout 3 and Skyrim itself — for Bethesda’s fifth Elder Scrolls game to achieve the acclaim it did. Of all these details, one of the strangest things to learn is that Blackreach, one of Skyrim’s most famous locations, was never supposed to exist. There’s a story behind that.

This is according to former Bethesda lead level designer Joel Burgess, who joined the company in June 2005 and worked there through Fallout 4. While that’s an impressive tenure, it’s interesting to note that Burgess wasn’t always a level designer at Bethesda — at the time he joined the studio, that wasn’t even technically a job. Dungeon artists built locations using a small suite of basic assets, while quest designers wrote all the dialogue and implemented all the quest logic. The concept of ‘level design’ in the modern sense just wasn’t in Bethesda’s head yet. "

ftw.usatoday.com
- Comments (0)+ Comments (0)
TopNewestOldest
The story is too old to be commented.
100°

Patch 12.10 for League of Legends and Teamfight Tactics announced