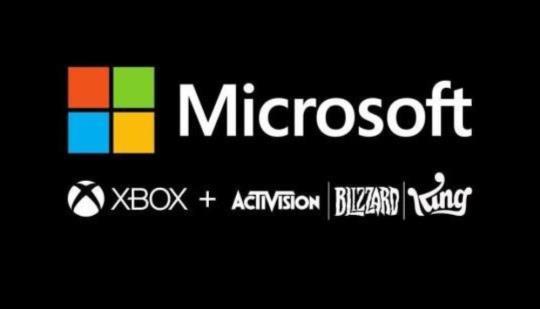 Today, following the news regarding the acquisition of Activision, Blizzard, and King, Microsoft hosted a livestreamed conference for investors.

Adhttps://www.youtube.com/watch?v=IJUbGKExS0A
- Comments (41)+ Comments (41)
TopNewestOldest
The story is too old to be commented.

So this is how gaming dies, with thunder applause.

Because Activision was doing so well before the acquisition right? We’re going from Bobby Kotick to Phil Spencer leading the teams. Things are bound to be better.

Phil Spencer better.... Dude... Microsoft floped last gen, lost market share. Gp isn't growing like they were expecting, it's last again this gen. If it wasn't for this deal. 2022 you would get another forza... And maybe starfield for triple AAA games. Amazing year... This with more then 20 studios, before the Activision deal... Amazing work from Phil.

This is how I see it. Activision have been going downhill for years now and are dragging Blizzard with them. I have more trust in Phil Spencer than I do with Kotick and can only hope we will see a return to form, a genuinely innovative COD and Blizzard actually being more like the Blizzard of old would be great for gamers.

actually they were doing very well, just look up their revenue, the drama that happened was really messed up but that didn't effect their sales whatsoever.

Funny thing is rider cant even tell you why MS flopped, only that they flopped when everything else points to the contrary. MS had a very lucrative 8th gen. Made lots of $$ (which is the point after all) and made some rather big moves to secure their future going forward.

I think rider means to say in his eyes, MS flopped. But that's on him because everyone else sees through their own eyes and can see the positive change Spencer has had on the XB division when compared to previous heads of XB.

In other words, rider is pissed to the heavens and back that sony didnt get this deal.

Yeah, cause saving a failing company is bad for gaming. And protecting their employees from predatory behavior is bad. How dare they do that.

Activision a failing company? You know that COD is one of the best selling gaming franchises since three console generations, right? Wtf are you smoking?

Lol. The biggest seller of the year each year... If Cod is falling what is forza and halo... Cod was the number one game sold worldwide for weeks, halo and forza not even a day... Activision was making billions with Cod...

Protecting the employees and having a better work environment is good no matter what. Having all their games on Game Pass day 1 is also great. Why try to turn this into a negative?

COD was the top selling game of 2021 (with 60% of those sales coming from PlayStation platforms... another reason why it will never go exclusive)... Actvision is far from failing, even with Kotick's antics.

He's been hated for years. Even after the recent allegations, it looked like he was going nowhere.

MS grabs them, and he's now out as soon as ink hits paper.

Pay to win. It started when they got the first publisher. Something that shouldnt be allowed. Buying a studio is one thing buying a publisher is another.

The salt is real😂

The deals not finished untill 2023 anyway

They are way ahead of you
https://www.firewalkstudios...

Was not expecting this news today but doesnt bother me to much i have all 3 consoles so im set and ready to go.

Just blows my mind the money MS are spending even if it is peanuts to them, sony gave them a good spanking last gen so its good to see there not gonna let it happen twice.

In saying that i hope they leave the aqusitions here or if they do buy further then make it just individual devs not the whole publisher as this could get out of hand real quick.

Competition is good guys, we want sony and ms to do well so they keep each other honest which in turn means we as gamers get better games and deals.

Buying two mega-publishers is already out of hand.

I agree with you both but those both done deals now so nothing we can do.

They already said they are not done making aqcuisitions yet.

There is purchasing devs, then there is what microsoft is doing.

I get what ur saying but sports and gaming are 2 different things.

As i hold all 3 im not someone who will lose out so it shouldnt bother me but im sorry anyone who isnt bothered by this purchase is an xbox fanboy who is happy to see the end of sony and nintendo.

Buying whole publishers is not good for gaming espcially when only one company has the money to buy there way out of pretty much anything.

Where does it stop if not now after this?

Even with the purchase, Microsoft Gaming is still #3 behind Tencent and Sony. If MS is interested in being number one acquisitions will continue with developers/publishers that wish to sell until regulators reject the sale.

If a publisher wishes to sell they are up for grabs why wouldn't MS pursue when they are looking to increase the appeal of GamePass before Sony announces their similar GamePass competitor. It's kill or be killed in the Corporate world. Standing still and stagnating in the corporate world gets you nowhere but exactly where you are. If you want to move up you make moves. Not small moves but huge moves. If MS doesn't buy them Sony will, if Sony doesn't maybe Amazon buys them for Luna, Maybe Apple buys them to make the jump into gaming. If a company wants or is willing to sell and it makes business sense only a bad company CEO would pass because it would hurt the feelings of other game players.

The corporate world is vicious you either compete and make moves you get passed up.

Lol ur acting like even after these aquisitions microsoft is in some sort of danger.

Even when u consider there real threats google and amazon, microsofts miles and leagues ahead of them right now. If and when the day comes when ms need to throw out there cheque book like they did because of the beating they took last gen then no worries.

Microsoft in Danger? No, not at all. They are nearly a 3 Trillion dollar company. They are miles ahead of Amazon and Apple in gaming. Yes, they are but if they lose the chance to acquire Activision/Blizzard and one of them makes the purchase it makes Microsoft Gaming Weaker as a result and Apple, Amazon or Sony that much more appealing. You have to stay ahead of the competition not behind it.

If MS oversteps its bounds the regulators will not approve the sale. You think MS is the only one eyeing developers/publishers you don't think Sony wants them as well? They will not sit idly by and if a developer/publisher wants to sell to Sony it will happen as well.

Of course, as you pointed out MS did lose market share last generation. They decided as a corporation they want to make up and surpass the market share that they lost. They want a net positive gain as high of a gain as they can get. They could either go all-in and make big changes or stick with the status quo and be okay with the lost market share or status quo of small marginal gains. Obviously, they want to beat Sony and go all-in on games, just like Sony wants to stay ahead of them.

It's a race to get devices and services into your living room and increase profits the game is played the same for all corporations. The real world doesn't treat people with kid gloves every kid doesn't get a trophy. You compete, stay strong and grow or you lose.

To Microsoft whether this is a good move for gaming overall isn't a question they care about. The question they care about is was this a legal acquisition that will clear regulator hurdles. With them being the #3 company behind Tencent and Sony it likely will clear the hurdles. Whether this forum likes it or not or whether the average gamer likes it or not this was a powerful move that will increase Xbox market share in the future especially when paired with their other recent acquisition of Zenimax entertainment. A very strong move for GamePass/GamePass PC and moving into Mobile with King.

I think part of this is to do with how gaming is going.

If you look at the most played games on xbox and PlayStation you will find alot if them are F2P games its the same with mobile.

Gaming is having to adapt to this and I feel a game pass style is they way developers will go.

What Microsoft have seen in the past with this to (zune as the example) is that this only supported 1 type of device and the uptake was low.

If Microsoft can get cloud gaming/gamepass on every Internet connected device with games like Doom,Halo, Forza & Cod in one low cost package then its a big pull.

We all know most casual games are the ones who buy a max of 2 to 3 games a year but for a service that is easy to pay for and offers the 3 games they buy each year as well as others they would like to try, that's a big market to aim for.

How many people who have game pass say they have tried x game because it was on it and enjoyed it but if it was not in it they would have never tried it?

I would also love to see the console war as such to end in terms of xbox games can be played streaming on switch and ps5 but the other way round to.

The factor then would be the best version of the game is the console version abit like how xbox x is is sold now.

Let us not forget, Sony has over a dozen better studios, than what Microsoft already bought and faded away. Until Microsoft wants to buy those too, we're still fine.