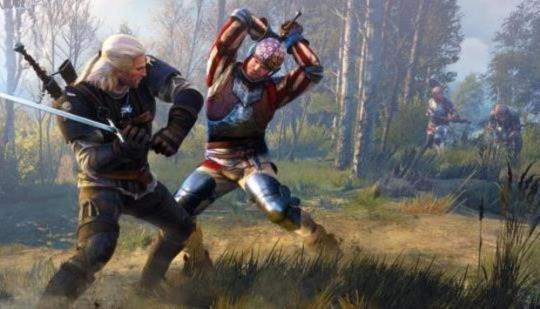 Need to know the best armor and weapons for Wild Hunt? This guide should do the trick!

I go bear or wolf armour, alchemy build, any grandmaster weapon set works for me.

Its not optimal, but I think they are the best looking sets and I like to use frenzy along with other potions.

I use grandmaster feline armor and master crafted weapons with combat/alchemy build. DPS is insane. Only issue is I have to make Geralt where glasses so he doesn’t wear the hood attached to the feline set. Other than the hood, set looks and plays great.

@anast it is a ton of fun, but after mutations and very high toxicity tolerance it turns into mostly one hit kills. For some players it can be boring. It is no where near as tanky as your bear grandmaster armor build where attacks just bounce off of you. That set is pretty fun as well.

I have no idea what the wolf set is like. I have all grandmaster sets in the game except for that one. The reason being that the PS4 version was glitched and when I found a piece or the set (I don't remember which) in Kaer Morhen CDPR left a note on the ground acknowledging the glitch and apologizing for it. They replaced the wolf set with some other items. I imagine it is pretty nice though.

Man i just want this ps5/xsx version to come out already!!

Isn't it due for sometime in early summer? Maybe sooner?

early summer is optimistic at this point

Are you playing as yourself when you play video games?

First Look: ‘The Witcher 3’ Next-Gen Could Restore the Reputation of CD Projekt

The Best Open World Games Of All Time