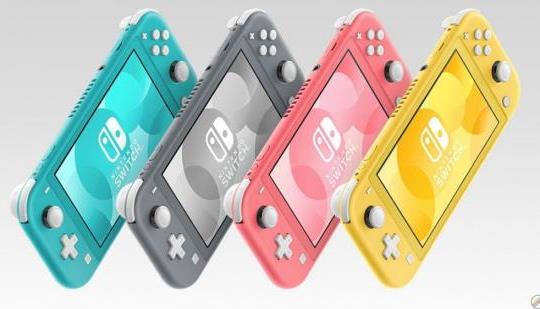 Alex DS. from Link Cable Gaming writes: "While we know a lot about what Nintendo is planning for 2022, there’s plenty of mystery to be uncovered. So let’s try to uncover these mysteries with our five Nintendo predictions for 2022!"

linkcablegaming.com
- Comments (26)+ Comments (26)
TopNewestOldest
Expand all
The story is too old to be commented.

These are solid options. My personal 5.

1. Breath of the Wild 2 releases 2022 / 2023 alongside Switch successor. Considering Zelda is pretty much an end/start of a generation franchise now, it might slip to early 2023 if the Switch successor decides to come out in Spring 2023 (like the Switch) instead of holiday 2022.

2. Switch Successor will be leaked mid 2022, announced late 2022 and release either holiday 2022 or Spring 2023. It will be based on a 6nm mobile version of NVIDIA's Tegra Orin. This will help get the TDP and performance into a handheld, since full Orin is 65w and based on Ampere (8nm). A mobile version can reduce CPU core count from 12-core to 8-core ARM CPU, and cut the GPU cores down to around 1/4 with a clock speed around 1 GHz docked, and with at least 8GB LPDDR5 it will put the Switch 2 on par with the Xbox One in a handheld form backed by DLSS for higher resolutions / more 60 fps.

4. Nintendo will focus on becoming more of an Entertainment company, instead of primarily being a gaming company. Nintendo will start to promote more Nintendo-centric events and mascots. Things like planning to expand their theme park concept, opening more Pokemon Centers in major cities around the world, getting involved in more Nintendo movies / YouTube shorts. Getting serious about holograms, so that their mascots can be represented in real-time via Holograms.

5. Nintendo Online will still be a subpar offering.

Nintendo isn't releasing a switch successor until at least 2024. It makes no business sense to do it while we have a chip shortage and it currently sells well enough to deter them from wanting anything else to put out. Nintendo does its own thing and warned ppl ahead of time they weren't in a regular cycle this time due to circumstances. Nintendo is going to milk this switch cycle because it sells so well.

Ya, maybe they will have an upgraded version. But they have no reason to go their next Gen with sales still through the roof.

There is no way there would be a Switch successor in 2022. Not a chance. I could see 2023, but 2024 is a much greater possibility. Remember, Nintendo said just recently we are in the half-way point of it's life and they have said multiple times they want the Switch to last longer than it's home consoles of the past. Which means 5 years is out of the question. 6 years is a maybe, 7 years is the safest bet.

I agree with you on pretty much the rest of this though.

Those are pretty accurate predictions I'd say. We might not see a next gen tease this year though - 50/50 I'd say.

No. There won't be any switch 2/pro announcements this year. Please stop torturing yourselves. Switch is only half way through its lifespan according to Nintendo.

Wii was popular too, and six years later the wiiU came. Next Switch may not be here until 2024 due to a lack of chips, but not later. All N consoles are 5-7 years apart, and Switch came out 2017.

septemberindecember121d ago (Edited 121d ago )

Nintendo has said multiple times that they want the Switch to last longer than their home consoles of the past, in addition to what Magog said above. This was even before the Switch had it's huge sales surge in 2020.

Many consoles / handheld last for 10+ years, but when did their successors come out.

GB was really a first of its kind and lasted because it has several large changes, and because gaming technology let alone MOBILE tech was not advancing nearly as fast as it is today 30 years ago. GBC came out, then GB Color which was a leap, then GB SP came out. All 3 were very different using similar base hardware with display and slight internal changes, but all 3 were considered GB and allowed it to last as long as it did, and no other handheld lasted anywhere near that long afterwards.

You conveniently skipped GBA.... Which launched 2001 and was succeeded in 2004 by Nintendo DS. Which derails your point.

Nintendo DS to 3DS was 6 - 7 years depending on your region.

And 3DS to Switch was 6 years as well.

March 2017 (Switch launch) to March 2023 is 6 years......which has been fairly consistent with Nintendo replacing their handhelds at least for the last two generation. Also the tech in the Switch Tegra X1 is now 3 generations going on 4 generations old in comparison to the mobile tech available. X1 -> X2 -> Xavier -> "Orin" -> Atlan, and the generational performance differences are large enough, and with a new fabrication node and Atlan coming this year, Nintendo can do what they always do and use the older last-generation tech and make a noticeable leap over their last piece of hardware. That's not to say that games won't still come to Switch even with a successor in 2023, as with most of their handhelds games will still come, and in many cases they might even be cross-gen with Switch 2 simply playing at a higher resolution since their first party games are more based on artstyle than tech.

SP was a GBA model. It was the GB pocket.

septemberindecember120d ago (Edited 120d ago )

Gaming technology was advancing much faster 30 years ago than it is today. We are actually at a point of diminishing returns today in comparison. Take a look at the 3D capabilities of something like the SNES, then look at the N64, then look at the Gamecube. These are huge generational leaps apart. There were several portable devices that came out showed the improvements of mobile hardware as well. The Gameboy came out in 1989, but in 1990 the Turbografx was already in portable format with full color (already showing that the GB was aging hardware). In 1995 the Sega Nomad came out which was literally Genesis hardware in the palm of your hand (just six years after the Genesis came out). In fact, Nintendo had plans to originally release the GBA in 1996 with similar hardware to what was finalized, but after Pokemon took the world by storm they decided to delay the product.

I wouldn’t believe Nintendo on saying when another console is coming out. Remember the new 3ds event where Nintendo says they are not releasing a new 3ds only for them to release one a month after that. Also Nintendo said the switch was in its mid way cycle back in 2020. Then they say it again in 2021. They can also do a cross gen thing and release a switch 2 while still supporting the switch 1 for a little while longer. Much like what Microsoft and Sony are doing. I Don’t believe in blindly accepting Nintendo’s PR talk. It’s for the investors anyway. Lol. That being said, I don’t believe Any switch system pro or 2 coming in 2022. I expect to hear about it a lot in 2023 though through leaks. When it comes out, I think it could come out late 2023 at the earliest while it could be early 2024. Like in March. That’s just a prediction though on that matter.

When they say it's halfway through its lifespan, it also includes the years it's still being produced while the successor is out.

Look at Sony, they say they have 10 years consoles cycles, but they release a new console 6-7 years after the current one is out while keeping the old one active for another 3-4 years.

Alan Wake Remastered is the most obvious since it was already rated by two rating boards for the Switch. Persona 4 Golden and Persona 3 Portable have been simply rumored but with all these ongoing anniversary announcements, it is a possibility. I'm still praying for a Fallout 3 Remastered but I won't hold my breath. Hoping for localization of Chaos;Child / Chaos;Head Noah Double Pack since it's getting a Japanese release next month. I'm hoping for ports and localizations of Summer Pockets, Rewrite+ and A Sky Full of Stars. New Switch won't happen until 2023.

2. I think there will be a game or two that does get delayed (e.g. Mario + Rabbids).

3. We will FINALLY see some footage of Metroid Prime 4 later in the year. Release window is 2023.

4. No new Switch revisions or hardware in the works, but we do start hearing rumblings about a Switch successor and it's codename (which will be officially revealed the following year in 2023).

5. Nintendo will release Gameboy/GBA games on the Switch Online. They wont mention anything about the bad emulation of N64 games or really fix the service at all.

I can see Breath of the Wild 2, but a Switch 2 I highly doubt it Nintendo just built the OLED Switch maybe 2023-2024 at most for the Switch 2. Just hope when or if the Switch 2 is announced or releases Nintendo plays catch up with their online. The lack of a party chat, message a friend, and having to use a stupid code to add a friend is mundane. The prices Nintendo charges to play the Switch online with friends and lack those key features w=is why I never take my Switch online. NES and SNES are ok but the libraries are rarely updated. Half the games on the Genesis and N64 side I all ready own. And I highly doubt Nintendo will constantly update those libraries as well. As for the Rare games depends how deep Microsoft and Nintendo are between the sheets so far they seem to be playing nice.

1. Nintendo released a 2DS XL in 2017 after the Switch was already released.

2. They released the New DS XL a year before the 3DS launched.

3. They had the GBA on the market for only 3 years before bringing the Nintendo DS out (even with the GBA selling extremely well). Also released the GBA SP 1 year before being replaced by the DS, and released the GBA Lite a year after the DS was already out.

They've done it with every model of handheld except the first GB.

Yeah when supplies were easy to come by to produce the models in case you forget the Kung Flu is hampering production.

AMD, NVIDIA, and Intel have all said supply constraints will be much better by the second half of 2022. The flagship cellphone industry for one is getting off of 5nm and moving to 3nm, meaning CPU and GPU manufactures will have access to 5nm, 6nm, and 7nm products. Finally new fabrication company, Intel, Samsung, and TSCM are increasing production and launching new facilities to start making chips between 2022 - 2024. So Supply in late 2022 - 2023 will be a night and day difference in comparison to where we are now, and should be a non-issue in late 2023 - 2024.

Also Kung Flu is a horrible thing to say.

As a builder and supplier I to can also say I have the supplies to help consumer confidence. If Sony and Microsoft are having issues with supplies and auto makers like Ford and GM are also having supply issues then yes there is a supply issue. And yes I will call it Kung Flu it's called freedom of speech.

You having a stroke, bub? 😅

This is how it goes.Get your napkins ready or just drink your tears:
1.Nintendo will completly stop making first party games.That means cancelling Metroid Prime and BOTW will be their last game.
2.Theyll try some Game streaming service but theyll fail since its easier to emulate than paying high price to their old games.
3.They will become a third party developer and everyone will be able to enjoy their games on the real consoles(PS/Xbox).Maybe then they will release modern games with some good ideas since they wont have to worry about releasing crappy consoles/handhelds.Let the cryn begin.

I honestly hope Xenoblade Chronicles X comes to the Switch. Loved that game.

How Many Evil Dead Games are There? A Complete History