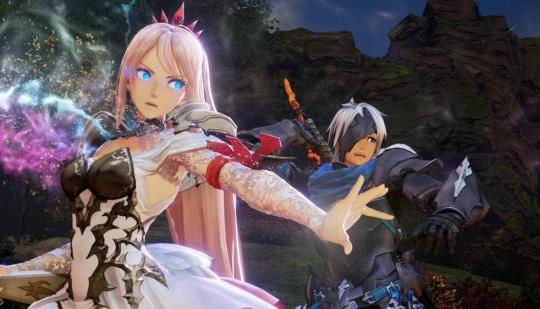 VGChartz's Chinh Tran: "If you were a fan of RPG Games in 2021, you definitely wanted to own a Nintendo Switch. Three of the four shortlisted games are console exclusive to Nintendo's hybrid system, each offering a rich RPG experience at home or on the go. Bravely Default II continued the series' run of strong games dating back to 2012; Monster Hunter Rise again proved that Capcom has a wildly enjoyable RPG series on its hands that can consistently top lists and the charts; Shin Megami Tensei V, also by Capcom, took players through a demon-fusing adventure with new abilities; then finally there was Tales of Arise, which was yet another strong entry in the long-running RPG series and, for many, it's best so far."

vgchartz.com
- Comments (9)+ Comments (9)
TopNewestOldest
The story is too old to be commented.

I'm 40 hours in Tales of Arise, amazing game, well deserved. I'm a Monster Hunter fan, but I'm giving Tales an edge for this one myself: Rise is a great game but it lacks a little bit of content.

I didn't play SMTV though, I think it might be a valid contender.

I'm so tempted to play Arise. SMTV has been given a lot of fanfare too. It probably missed the runner-up spot by a hair (voting influence is split 50/50 between staff & community).

Rales of arise hands down!!

Was the first one in the series iv have played before but thoroughly enjoyed it!

Fascinating! I've never played this so called "Rales of arise" before. Care to share your experiences and a review?

A pretty stacked year for JRPGs.

108 hours unknown difficulty, in middle of last dungeon. Now im back to exploring, just found a new island i didnt know existed!I got alot of bosses to find. This game is one of the best jrpgs made, hands down.

Tales of Arise Getting Cute Rinwell Figure by Kotobukiya