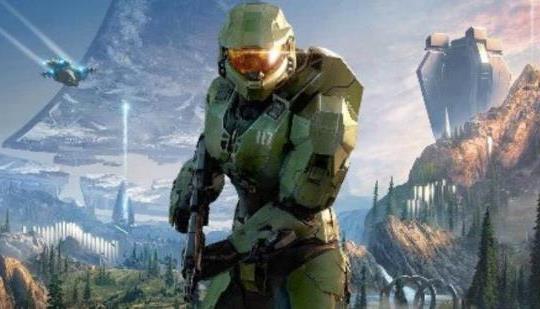 VGChartz's Lee Mehr: "Halo Infinite does often corner me into praising it "in spite of x faults", rather than the "because of y positives" that I'm used to; that said, it's hard to mind when I'm so thoroughly engaged with what's on offer. It's true the delayed content (Forge/Campaign Co-op) and the live-service approach dampen my enthusiasm, but it shows how much still spills over with what's already here. It's the first time in a decade I felt happily subsumed in the Halo universe once again and I don't plan on leaving anytime soon. After a couple of confused sequels and a botched remaster launch, it's nice to see this team act like proper custodians of the series."

Adhttps://n4g.com/General/Sponsored/arise
- Comments (6)+ Comments (6)
TopNewestOldest
The story is too old to be commented.

MT GaaS are great as long as MS makes them? I know Sony will make some eventually and I won’t like them either if they are modeled with expensive MTs and Battle Passes . I just don’t want a flood of them instead of what makes PS great to begin with.

Of course some of these games can fit into every platform but I don’t understand how people hate them so much but when MS makes one it’s great now? The MTs are pricey and battle passes are going to be prevalent so why love it ?
I know if/when Sony makes a game like this and it’s a money sink I won’t buy it . I don’t hate MP (some are good from time to time ) But I do hate GaaS because of the monetization . 70$ games are hated on but people spend a lot more $$$ on these free to play games with battle passes and MTs and XP boosters and stupid crap like that . I personally prefer a one time fee , it’s mine , that’s it .
I do hate GoTY editions though . They are the one problem I have with full priced games . They should give early adopters the option to upgrade for cheaper . Bethesda is clearly the worst offender for GoTY editions of but others do it too

. I hate GaaS and MTs and don’t get why people think it’s ok for the most popular franchises to go this route ??? Especially with stupid expensive MTs /Rant off

''MT GaaS are great as long as MS makes them?''
It's a known fact that VGChartz is run by a xbox fanatic. I bet Lord Phil has this dude on speed dial.

Didn't take long for someone to use the most tired deflection on this site.

Brett (the guy who owns the site) is definitely not an Xbox fanatic lol.

-"MT GaaS are great as long as MS makes them?"

Except that's never argued here. You're dishonestly framing what's stated (even in the DESCRIPTION above) just to go on some rant like everyone suddenly says "there's nothing to see with these MTs." No, it's more of acknowledging they're there but still loving every chaotic minute of the actual MP content.

-"The MTs are pricey and battle passes are going to be prevalent so why love it ?"

Why should premium cosmetics prevent you from loving the underlying game systems and overall content? Considering this (and most F2P games) still have a free Battle Pass route for everyone, I'm not sure what you mean by "expensive" battle passes in the beginning of your comment.

-"70$ games are hated on but people spend a lot more $$$ on these free to play games with battle passes and MTs and XP boosters and stupid crap like that ."

Speaking for myself: I can't really flip out at the price bump. Considering how US inflation has gone since 2006 (escpecially in the past year), it was inevitably going to happen. Some people spend more $ on F2P stuff, but they typically spend more time as well. That's where the tradeoff comes in.

Just finish the Campaing....Best Campaing of the year for me!