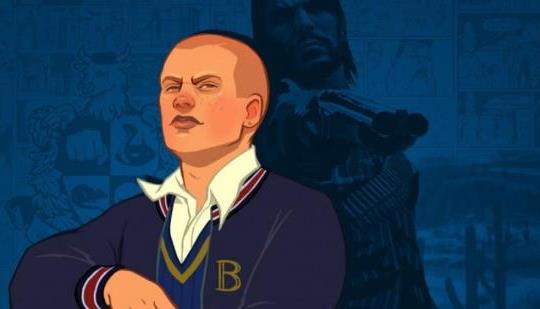 Inside Rockstar New England's attempt to develop a sequel to one of Rockstar's most-beloved cult classics and the crunch issues and layoffs that followed.

Adhttps://n4g.com/General/Sponsored/arise
- Comments (25)+ Comments (25)
TopNewestOldest
Expand all
The story is too old to be commented.

Imagine if Rockstar made Bully 2 instead of the GTA trilogy.

Rockstar should just completely close Grove Street after that mess and reinvest that studio's money into New England's Bully 2 development.

This was a great read and really sounds like Bully 2 was going to be something special!

Rockstar does not own Grove Street Games. They're independent.

@porkChop Thanks for the clarification. That is indeed confusing since they are regularly tasked with Rockstar ports and CJ's street in San Andreas shares the same Grove Street name (although after looking it up, its actually named after Grove Street in Gainesville FL, where the studio is located. Coincidence or purposeful?). Either way, Rockstar is giving them money and should be cut off after that mess of a remaster!

Imagine the quality of the GTA trilogy if rockstar actually made it.

Instead they palmed off the responsibility to a external mobile dev team that had completed the mobile ports which had concessions that were made to the games to make them run on mobiles like the iPhone 4.

So no I don't think the trilogy took any resources away from rockstar aside from one guy to oversee it from rockstar.

imagine knowing what you're talking about, rockstar didn't technically make even the gta trilogy... they outsourced it.. which is why it was horrible

Wait what? Gotta read this…

Edit: Very interesting read behind Rockstar if you are a fan.

exactly same thing I was thinking, I think Rockstar could be in trouble

Dang. Hoping for its revival

Still milking a game from 2013 has Rockstar sitting to easy street I remember when Rockstar would release a lot of games and not just milk one single game. Rockstar to me are not the same as they use to be scrapping Bully 2 when it has a large fan base. To me Rockstar are becoming the next Konami milking older franchises and not listening to fans. Release maybe the odd new title here and there to show relevance in the gaming world. Fans want GTA 6 but what do we get GTA V ported over to new gen of PS5 and XB Series X/S. I would not be surprised if Rockstar ported a cleaned up version of RDR2 to PS5 and Series X/S.

It’s been going on for years because people are willing to pay into it. GTA Trilogy for £50 just isn’t a bargain.

The GTA trilogy at any price right now is not worth it too many bugs. I own the original trilogy on PS2 and rebought San Andreas for $18 on XB1 I found at Walmart. The Definitive Edition may look nice but I was taken in by the bugs Cyberpunk had so I am not not going to repeat that mistake with the trilogy.

After GTA 5, that was it from Rockstar. It’s as though they ran out of cash and had to keep painfully squeezing out GTA 5, then out pops GTA Trilogy and now GTA 4. GTA 5 on PS5 and Series X is a bigger joke than April Fools. Bully was a bit rubbish to be honest. How about a new Smuggler’s Run or Manhunt? Maybe not a new Midnight Club. Same sort of situation with Sony, who keep releasing games that involve running about. Uncharted, Last of Us, Astrobot, Days Gone, Horizon Dawn and Sackboy. And Ghost of Tsushima. Bucket loads of games on PS1 and PS2 that Sony could bring back. Even Driveclub was left at the side of the road.

"Bully was a bit rubbish to be honest"
Stopped reading there

The game was a bad idea and pants.

What did I just read. Jesus dude.

After GTA 5, what has Rockstar released other than Red Dead 2?

If a vertical slice that contains a playable 8 hours of gameplay was built it's a shame that it was never finished. Although they did estimate it was 3 years from completion.

Sounds interesting. Hope they do make it one day. Rockstar probably have all of their studios working on GTA VI at this point though

Will Rockstar Ever Make Bully 2?

Features We Want To See In Bully 2

Bully 2 Is A Bad Idea

Rockstar Games: Grand Theft Auto 6 or Bully 2; Which Title should the Studio Work on First?