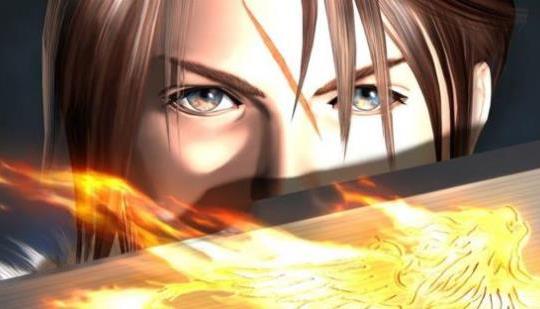 Final Fantasy VIII: The big game-changer of the entire series

www-ffcrystal-com.translate.goog
- Comments (20)+ Comments (20)
TopNewestOldest
Expand all
The story is too old to be commented.

My second favorite Final Fantasy entry next to Final Fantasy X always had fun playing the card game, loved going into space and rescue Rinoa. The way they added game sprites to the FMV was awesome always loved the intro the Guardian Forces had. I think Parasite Eve uses the same engine as Final Fantasy 8 which is another favorite of mine. I love Eyes On Me song. I just imported the PS4 port of Final Fantasy 8 and I also have Final Fantasy 7 and Final Fantasy 8 cartridge for my Switch. I even bought the Final Fantasy 8 Sound track off a buddy near mint condition only used three times.

Can you explain further what you mean about the story not being about love?

My interpretation was it was absolutely a romance story. You have someone who was an introverted loner who discovers that people in his life matter and learning the value of someone you love and then not wanting to lose that person and be alone again.

It's about love. But not just romance. It's about learning to love yourself, and learning to accept the love of others. It's the kind of story that wouldn't have worked as well if the main cast wasn't mostly teenagers. It's my favorite in the series. The game has all kinds of warts to he sure but I love it. The junction system was broken but still very compelling. I've never played a game that you can break so thoroughly. By the time I reach disc 2 it's already a massive power fantasy. Not the first time I played it, but I got more and more familiar with the possibilities with each playthrough.

FF8 is my favorite, but i really wasnt a big fan of the space rescue mission, or how they handled the latter part of the story at all. basically once you are 80% through the game, they introduce the real plot, it felt a bit cheap and rushed. The rest of the game made up for that tenfold over though, it has my favorite OST, triple triad, the junction system (yeah when you cheese it, its not great) and amazing visuals.

Would love to see a remake of it at some point, but i guess thats wishful thinking.

FFVII and FVIII are my legendary Final Fantasy games of all time, played 9 and 10 , great FF games but not Legendary status as 7 and 8 imo, FFVIII card game so addictive got collect them all for super powerful spells, epic soundtrack , still remember Laguna's epic battle theme, or how about last boss theme with Ultimecia?, I really thought Sephiroth's battle themes couldn't be surpass, but oh man!, still not sure it surpass it but the music in FF VIII is up there with same high quality as VII. If there is a old past FF games I would love to play or have it remade is FF VI just because this amazing intro, something tells me this is an epic adventure as well like 7 and 8.

FF6 through 9 are the best FF games for me, we’ll go ahead and lump FF7 Remake into the mix. Like each one was incredible in their own way. After that it just hasn’t been the same to me.

FF8 was miles better than 7.

Final fantasy on the PsOne was always very good. The draw system was interesting, broken but interesting. Final fantasy 9 was also really good. Wish we could return to that Era, just briefly.

My favorite FF until I played X. I still haven't enjoyed a Final Fantasy as much X and VIII. XII was decent, XIII didn't like, and XV was cool, but just not the FF I was looking for. X is king for me.

FF7 is my favorite Final Fantasy but 8 is my favorite RPG if that makes any sense. Just loved the characters, world and the crazy story. OST is also one of my favorites in any genre, everything just meshed together so perfectly and drew me in. I honestly could not have imagined a better way to follow up 7, and to say how much this game resonated with me is really something as following up a game like 7 almost seemed impossible. I remember picking up a copy of PSM magazine for the early look at the game, to pour over every aspect of that article.

FFVII, FFVIII and FFX are my favorites

The only RPG to ever do a school setting well.

FF IV - VII, IX, and XII are my favorite. Have to say that VIII was the first FF I was truly disappointed with.

Am I the only one that enjoyed FF9?

Zidane is unlike almost every final fantasy hero. He isn’t depressed. He isn’t holding on to any angst. He isn’t some rude dude with a secret and a chip on his shoulder. He’s confident dude that likes the chicks with a positive out look and tries to spread that positivity. Almost everyone else is on suicide watch half the game. Not zidane. He also has a great supporting cast, difficulty got added back into the game after the free ride of FF8, and of course excellent music. How people put 8 over 9 (besides squall LOOKING cooler and having that sweet useless gunblade) is beyond me.

Personally I think 8 has a good story and triple triad is always great. The gameplay itself is not good at all though. Who thought infinite magic was a good idea is beyond me. In 7 you didn’t feel godly until you did some exploring and discovered certain things like double cast, double summon, reduced mp cost and the like.
FF8? Infinite magic =Summon. Summon again. Summon again. Literally nothing stands a chance because you are unchained from the first time you get a summon. If you used normal attacks past the time you get the first summon you’re playing it wrong. Before then though magic is ALWAYS stronger than basic attacks and special attacks besides limit breaks. Game is literally a breeze. Story was cool, nice cutscenes, but man was it stupid easy.

Favorite FF in the series.

The perception we have about certain cultural products (movies, games, comics) is clearly defined by how old we were when we first experienced them. I feel like many people just wasn't aware of FF7, despite the heavy marketing deployed by Squaresoft. FF8 came out two years later, and then many teenagers were eagerly awaiting to enjoy every frame of it. I was one of them and have to admit it felt like the new standard. It was like the FF series reached a professional level. The game looked so polished, cities were so big that you better would use cars to travel through them. For me, it didn't have the mind-blowing effect of 7, but still it impressed me a lot. Also, in addition to the psychological depth of (some) FF7 characters, there was love!
Now, I'm replaying it and I can say that in many aspects FF8 JUST SUCKS. There is grind everywhere, a lot of mechanics either overlap or directly hinder each other. And more important, the story is not good. The relationship between Squall and Rinoa is forced to the point of feeling absurd. Most of the main cast are hollow, plain characters telling. Now I can finally admit I always hated the edgy Squall and his f*ing emo attitude. And Zell, what an obnoxious guy. Fortunately we have Laguna and his friends because the main story is almost unbearable.
So I love FF8 because I'm biased. I'm a fan of the series, but I wouldn't recommend 8 to anyone. Just like I really love Stars Wars but I'd only recommend Ep. 5. I liked The Phantom Menace but only because I was a kid when I first watched it. With FF8 it's the same. Even if FF7 has not aged so well, it's a better game overall.