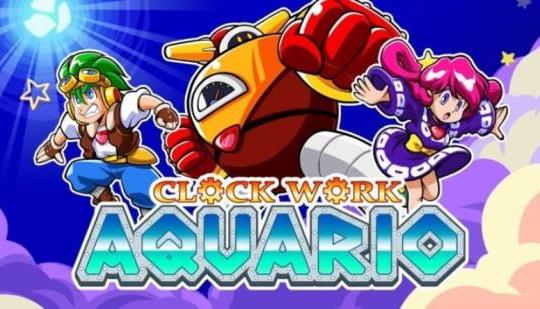 Phil writes, "Some things in this hobby and industry of ours never cease to amaze. 28 years ago, Westone--the developer behind the Wonder Boy series--was planning a release of a colorful, charming-looking title known as Clockwork Aquario. It was set to launch in arcades courtesy of the Sega System 18. However, the game was cancelled before it saw the light of day and the light of launch, for that matter.

Now, 28 years later in one heck of a delightful and welcomed miracle, Clockwork Aquario has had its code cleaned up, its missing pieces put together, and its issues amended to see its momentous release on Nintendo Switch and PlayStation 4. The end result is nothing more than indeed a miracle, and it was a pleasure to play through this game, how ever short lived it was."

Clockwork Aquario is coming to Xbox and Steam this summer