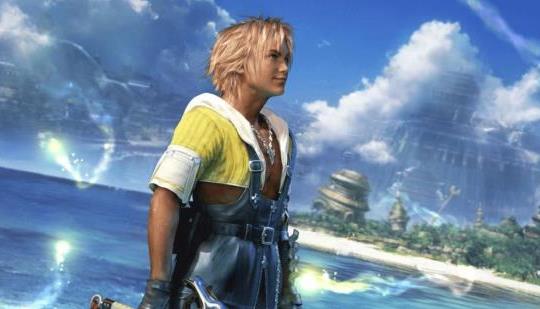 The Grind in Old School JRPGs Was Real

The grind in old-school JRPG's was real and Ruth's only recently started to catch up on the classics, Final Fantasy X being one of them.

Yea the totally get the critisism for the end game but ourside of that FFX is the bomb, hands down my favorite FF.

Celestial weapons are a total pain only ever bithered to get tidus, auron and yunas ones, didnt bother with the rest.

I think I've pumped more hours into getting knights of the round in FF7 than I have in most modern sp games. Granted this was before we had all the information we have now easily accessible on the internet. The chocobo breeding stuff was confusing with different guides I got saying different things but damn was it worth it and enjoyed every second of it.

Yeh I remember how rewarding it felt finally getting Knight of the Round and using it on the foes. Good times.

it was fun as well, not boring, unlike the grind in nowadays games which is pretty bland and boring and you'd like to skip everything but the story

Kinda reminds me of playing FFVIII for the first time. Back then it was my first real JRPG and I did not know nothing about the concept of grinding as I never had to do it for any game before. Thus I hit the endgame and was hit by a difficulty wall. I somehow made it to the endboss but ultimately never finished the game. Only years later I realized the game was telling me I should have killed the same monsters over and over again to lvl up (aka grinding). Killed the game for me as a kid.

FF VIII is one of the rare FF titles where u actually don't need to grind. The higher your level the more difficult it gets.

The level scaling really made that game really easy especially with how easy it is to take advange of the junction system. Still a solid game though, one of my favorite FF games.

Uncomplicating Final Fantasy X and the existence of Tidus