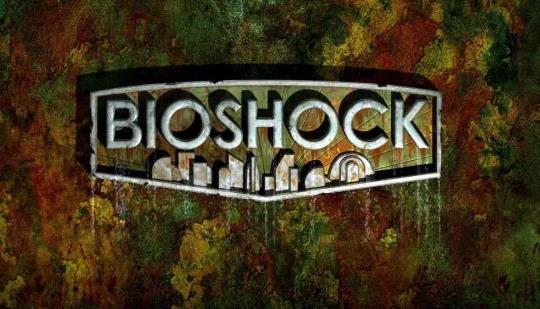 Bioshock 4 may be called Bioshock Isolation, may use Unreal Engine 5, may have two cities

According to some new rumors, BioShock 4 will be called BioShock Isolation, will be using Unreal Engine 5, and will be announced in Q1 2022.

Looking forward to a new bioshock getting announced, love the franchise. In the slide is that the Lutece twins bird or cage? Sweet

No Ken Levine means its a Bioshock fan game.

Yeah, going to wait on this one for sure.

Bioshock 2 is better than Infinite (excluding the DLC on both).

Might be an unpopular opinion, but I felt he dropped the ball a bit with infinite. Wasn't a bad game, but I find it the weakest of the series.

Ehh he kind of dropped the ball on Infinite in story aspects, but its still my favorite one. I loved the art direction

Not the most popular opinion but infinite was my fav. Hoping for more of that.

Loved it as well.

The criticism of Infinite is way overblown. I think most people generally liked Infinite better, but it seems that a sub-section of the Bioshock fanbase preferred the first game. This is probably because Infinite played more like a shooter, rather than an action game. I didn't really find this a problem, as I think the shooting mechanics were absolutely fluid in Infinite. Some of my absolute favourite FPS gameplay mechanics ever made in a shooter.

My only critique at the time was that the tech prowess of the game seemed to be scaled back a bit compared to the trailers and gameplay demos shown previously, one of those vertical slices that arent able to be fully embraced in the final game. That being said I loved it, its my favorite of the two and I think my Game of the Year from that year.

It was a gorgeous game for sure, but way too much hand holding. The first one was the best, imo.

The best Bioshock for me was Infinite. Anything that would bring the series back works for me so long as it makes sense to fans.

LucasRuinedChildhood57d ago (Edited 57d ago )

Bioshock 1 is my favourite but I like Infinite a lot as well. I think I should replay it because the last time I played it was on the PS3 which probably undersold it.

I suppose my main reasons would be that the first game has a lot of horror, I prefer the atmosphere of Rapture, the intro sequence is perfect and they should have kept the weapon wheel and some other cut mechanics.

I think Elizabeth is a great character though and I appreciate that they tried new things like the grapple hook, tears and a different art style. Columbia is basically the opposite of Rapture so it felt fresh.

Just like the story itself, Infinite was stuck between multiple dimensions, each look somewhat different yet the same. The game could not decide which theme it wanted to follow. It start which Pen-Americanism, religion-fundamentalism; then both-side-ism by turn everyone into killing anyone; then a little bit of SF horror; than interactive movie. The 1st BioShock at least sticked with a single theme & run with it.

Not sure I'd consider that unpopular? I thought it was well-loved by most that played it. I've never heard a bad thing about it, honestly.

The milking has begun. The series was intended to end after Bioshock Infinite's story DLC. I'm curious to see where things go without Ken Levine. Just thinking about Infinite gets me nostalgic, played it 7 years ago back when I was still in college. The series is very near and dear to my heart, and I'd hate to see it done wrong.
The funny thing is, BIoshock 2 didn't have ANY of the original developers from the first game, but that game was a miraculously faithful sequel. I can only hope the developers of this new sequel bring the same care and effort. Best of luck!

It's made up of the same team that made BioShock 2 along with some key folks that made the original and Infinite. I have faith in this project.

You call this milking 🤣🤣🤣

"The series was intended to end after Bioshock Infinite's story DLC"

I'm pretty sure it was meant to wrap up Elizabeth's and Bookers story along with Comstock, Elizabeth made it her mission to find every version of Comstock and rid all Universes of any version of him.

We don't really know if the whole "There is always a lighthouse, there's always a man, there's always a city" started with Elizabeth, Booker and Comstock, they are probably just one variation of this and it seems that this Universe ended up bleeding into another, which was Rapture, causing the events of Rapture to unfold but that's not to say there isn't a version of Rapture where things just happened roughly the same way without Elizabeth's involvement...that's the beauty of the multiverse, every variation is possible.

While Bookers story finished, there's millions of Universes out there where the story is just beginning, a man coming across a Lighthouse and finding himself in a strange city.

Infinite was the first game I bought when I built my first PC.

Like, how many sequels to actually milked series have happened since then?

I wasn't a giant fan of Infinite, but I want to see what a new Bioshock will be. Not to mention I'm a big fan of what they did with 2 and Minerva's Den, and somebody here said that team makes up the bulk of the dev team.

I am itching for a new Bioshock

I think the franchise needs to be rebooted everything in the world came back to Elizabeth and Booker and the DLC of infinite kind of re enforced that link.

To slot another story in the pre existing world I can't see that working.

The comments on the site were an interesting read.

Love me some Bioshock so I'm definitely curious about another installment.

Without Levine involved, I doubt this will be any good. Bioshock was his baby.

The story was wrapped up after Infinite and its DLCs. Don't know where else they could go with it unless they are rebooting.

Hmm, idk if I believe this. I remember Irrational Games was slimmed down to a small team in order to make a smaller, more experimental BioShock. This sounds like the opposite of that.

I've been following this new BioShock since 2014 when it was initially announced. It's not being done by Irrational Games, it's being done by Cloud Chamber which is made up of developers from 2K Marin who developed BioShock 2. The team also has people that worked on BioShock and BioShock Infinite as well.

May be out in May.

Kind of funny thing is they really only needed the 1st "may". It would have conveyed the same info and that it was speculative, but seemed overall less washy.

"Bioshock 4 may be called Bioshock Isolation, use Unreal Engine 5, & have two cities".

Damn there wasnt even a bioshock last gen huh. Well hopefully this is real.

I was a late comer to the bioshock games. I tried the remasters on ps4 and had to uninstall withing 10mins. Felt way too outdated and clunky.

I like the narrative and premise of the franchise so hopefully the new one will resonate with me.

Missing out on one the best franchises of all time. I'd hate to see what would happen if you tried playing an NES game. BioShock 1 could easily be a 2021 game in my opinion as far as game play goes. Nothing has changed since it released. In fact, I wish more games played like it.

I still play ps1 games such as Metal Gear Solid so I'm not completely against games from past gens. It's just for some really I didn't like bioshock 1 or 2. Never played 3. I may give it a go.

Would You Kindly, give me a trailer for this. I've been waiting years.

Love the Bioshock series. Looking forward to this.

Whenever cities mentioned the first thing that pops in my head grand theft auto.

Bioshock 1 was the best sue me.

This may all be true

Sweet, I just bought the collection.

Almost no chance that’s actually the title, too similar to Alien: Isolation. Bioshock 2 wasn’t a Ken Levine game either and it was good though, so I’m down.

Just as long as there is one lighthouse.

Finally, a Bioshock that feels isolated(!)

We're just now heading into December, May isn't for another 5 months

BioShock: Can the newest installment thrive without Ken Levine?

Where Should BioShock 4 Go?

BioShock 4: Will It Take Place In Rapture, Columbia, Or Somewhere New?