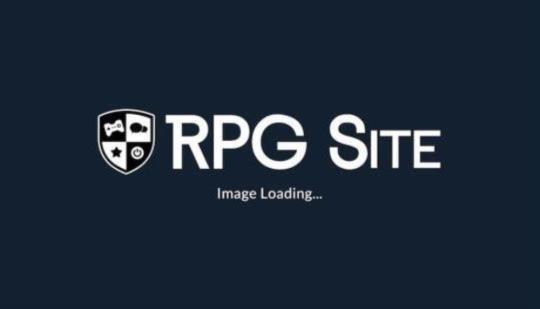 From RPGSite: "If you don’t remember, Babylon’s Fall has been cooking in the oven ever since its initial announcement at E3… 2018. On paper, it looked to be another exciting collaboration between PlatinumGames and Square Enix; after all, their previous project together was NieR: Automata. At that time, Babylon’s Fall looked like another stylish single-player character action game now set in a medieval fantasy setting. After many delays in its seemingly troubled development, the nature of Babylon’s Fall was finally unveiled at E3 2021."

Being GaaS isn't the cause for their thought of this as a blunder, just the current repetitive design and linearity of it. That title is pretty misleading as if the GaaS is the issue the previewer had, it isn't.

I’m willing to give it a shot but I really don’t like how your weapons just float behind you, it’s really distracting especially when it’s like 3 weapons. They need to change that

Outside of MMORPGs, mobile games I can’t think of any GaaS that’s been successful. Most of them have flopped hard. Square shot themselves in the foot making it a GaaS game and choosing platinum games was the wrong choice. Square hasn’t learned their lesson after the Avengers

Does Rainbow Six: Siege count as GaaS? It's been very successful. But that's because the underlying game is good, and you can still get the extra operatives for free. You just have to grind for them.

Yeah, not sure of your definition of GaaS here, but just look at the top games played on any platform.

Even stuff like GTA Online, Roblox, and Minecraft are GaaS.

What do you thin is causing the repetitive design mentality?

Low budget overall. They don't have enough level designers and environment graphic artists would be my thinking. Even if they had those, they would likely have the exact same GaaS plan, which isn't about the world but character customizations.

Sounds like they're hoping for low risk, high reward. Put as little effort as you can in the base game, and lure them in with future plans, and promises to make it all better.

You only need one to hit.

The graphics in the beta looked horrible.

the graphics were suppose to resemble a painting but they've cleaned it up over time. However I do agree while disagreeing. In the home base the graphics do still leave a lot to be desired. I couldn't help but think they should've just made a crisp, clean title or scaled this back to be a cheaper title while keeping the art appearance; maybe. Overall though, I thought the graphics in the beta weren't terrible. At least once you got into gameplay areas. Also keep in mind this is still beta so further polishing is likely to take place.

I do tend to agree with the headline though. I think this game is going to fall a bit flat and, at best, have a very small of active users month over month. Especially after that first month or two once everyone completes everything. I'm still looking forward to it but my exceptions are now curbed even further than they were. Truth be told GaaS titles simply DO NOT work. Destiny and perhaps a couple others, at best, might be the exception but even they fail to deliver content, etc, imho. After playing Destiny since the launch of the original I quit playing at the end of the last Summer. All other GaaS games I've played the usual month or two then got the hell out as there wasn't enough there to keep my entertained. 2 cents

For me it was the gameplay in Babylon. It wasn't really all that engaging. Perhaps I was missing some finer details but 4 weapons with each respective button and simple smash bash combat were not that fun. While not terrible & still somewhat enjoyable for what it is, imo, the game lacked refinement and nuance. Just a generic hack n slash RPG. Not a top tier Platinum game. Generally speaking, dare I say, Godfall 2.0. A linear tower progression except more restrictive; at least in beta form. Personally I'm having a harder and harder time buying these games. They maybe worth it but once I've gone through the progression of playing the original content I never have the desire to go back. There are far too many fish in the sea to be playing.

Man, how many GaaSy mistakes do you have to make to figure out this isn’t working?

Genshin Impact taught me that GaaS means get ready for way to much grinding. I would still give it a go though.

My issue isn't GaaS, I play some. My issue is the severe downgrade from being a game that looked like it was taking what was learned with Automata and turned into the next platinum game. They cut the artstyle making it look like a mobile game and the combat now looks so trash in comparison. Could have always been like this, but the impression it's first announcement gave off was Nier

Got fail written all over it

Babylon’s Fall by PlatinumGames Gets Tons of PS5 Gameplay