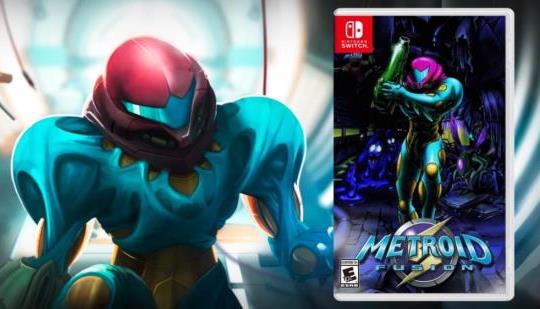 "Following the remakes of the first two Metroid titles, 2004’s Zero Mission and 2017’s Samus Returns, Super Metroid seems like it would be a perfect choice for the third remake, should Nintendo have an interest in pursuing another one after Metroid Dread. After all, it’s the next 2D entry in line for a makeover, and it’s arguably the most iconic and beloved installment in the entire franchise. However, 2002’s Metroid Fusion has some strikingly unusual structure and ideas that Dread subsequently altered and expanded upon, and applying that evolution of design back to Fusion could make for a perfect remake opportunity." - Nintendo Enthusiast

Changed from Pending to Approved
Community93d ago
- Comments (8)+ Comments (8)
TopNewestOldest
Expand all
The story is too old to be commented.

Would be cool. I'm about to emulate that, zero mission, and super.

Why a remake? It laid out the foundation for a sequel! Come on you Metroid fans have been getting nothing until now and you rather a remake instead of continuing with an improved sequel? Smh

Well, Dread took apparently about 4 years, so a sequel right away would probably take 3 or so.
For a Fusion remake they could just take the engine they have now and pump it out in 1-2 years with a smaller team, since they dont actually have to design the game per se.
While some of the others start production on a sequel (or a completely different game), its not like the whole studio starts working on any given new project right away anyway

why would anyone want that trash remade?

Metroid Fusion is not trash

Mines of Dalarnia to bring free to play model with version 2.0