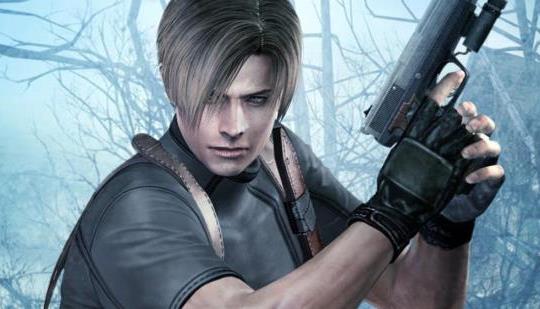 From IGN: "Resident Evil 4 VR is a full remake of Capcom’s horror classic, except in virtual reality. But some things have been left behind in the past as Facebook confirmed certain dialogue and animations have been removed for a modern audience.

Lmao the modern audience is trash. Remember when the old people yelled at the young kids for being vulgar and tempting the devil lmao? Gen z is a bunch of boomers.

People should mainly be frustrated with the developers. It’s those on the team that chose to remove the dialogue due to their preference. They’re the ones to blame. Most “woke” consumers wouldn’t be picking this title up anyways.

I used to think that. It’s cowardly no doubt but I’m convinced the average vocal consumer and average reviewer these days are total frauds. I can understand why they would cave in a business sense.

Oh come on...it's not that bad what went on in RE4, just a bit of playful flirting between the two

I can understand changing things in a remake but not a new version of the old game.

Why did they change it? Everything they changed made sense imo. Leon made some douchey, out of nowhere comments. Who would say 'I see the president equipped his daughter with ballistics too." Luis said that lol, right infront of the Presidents daughter!

None of that added anything to the game and was out of character. Now! I hope they kept "you pervert!" comment when looking up skirt. That was funny.

They changed it because they are scared of an annoying audience. Japanese games in general are always cornball lol. It’s part of the charm. Even when it’s not supposed to be with translation issues. There was nothing wrong with it then or now. Did it add anything that you don’t forget about a few minutes later? No it’s a dumb line. Some people don’t forget about it a few seconds later. That’s the annoying audience they are scared of.

Like I said, it’s not what they changed, it’s why they changed it. I don’t care about those lines lol. It’s just the principle of worrying about a culture that can’t take a joke.

“Removal doesn’t take anything away from the game”
it literally does. Not what but why.

Fully agree. Another great example of this that is unrelated but similar are peoples reaction to Dave Chappelle's most recent standup. From a perspective of watching Chappelle for years, there was nothing in his standup that was any less offensive than what he has always been doing. The new generation is far too sensitive. This game content shouldn't have been removed to appease this overly sensitive audience.

Yeah the Netflix thing was laughable those employees were pathetic. A transgender employee with any sense would stay as far away from those goobers as possible. Netflix is standing strong so far though, I’m surprised.

Absolutely ridiculous. We live in such a pussy society now.

it's Miranda's ass all over again... ugh

I *really* liked the changes with that, tbh. But, I do think they should have made them optional.

"certain dialogue and animations have been removed for a modern audience."
Ah OK not for fans who supported the franchise from inception. Thanks you saved me some money.

I posted this exact thing a couple weeks ago from a source who had the same footage and it got banned for being a rumor. Figures it wasn't considering it had everything needed to not fall into that territory.

You can remove all the lines you want, but the Rule34 will live on. They think that by removing innuendos that magically makes female characters less sexual but instead you limit creativity and character creation. No matter how much cloth an actress wears, or how masculine you make a female character in cartoons or video games that will not stop those pesky perverts

when a company says theyll leave the game as it is then they alter it anyways. pathetic. Capcom clearly cares about facebooks bags of cash over the original vision. Censorship is the ultimate end of art and freedom and the begining of us all being scared cattle, to afraid to think for ourselves for fear of being slaughtered.

They sure gave Ashley quite a rack and that line was one of the many things that made the game a classic.
What a good pair of Ballistics.
Shame they have to catered to tasteless crowd by removing such lines.

As expected with our current easily offended and woke society lol.

I would rather they removed her "Heeeeeeeeelp! Leeeeeoooon!" voice line. That was annoying af, lol.

Impressions: Monark Is Similar to Shin Megami Tensei | The Outerhaven