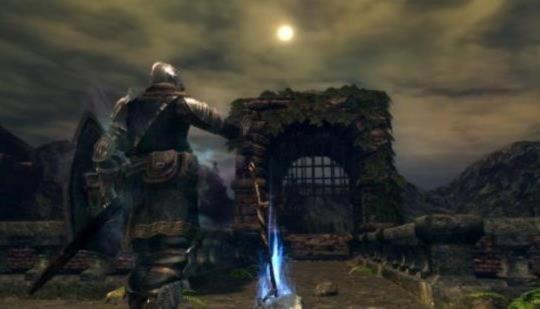 On Game Difficulty Options and Growing Up

The gaming community frequently argues over difficulty options in games and their purpose—but it doesn’t have to be this way.

Writers sums it up perfectly; "Forgive me if I sound annoyed or blunt, but what business is it of anybody’s how someone else plays a single-player game?".

While there are games that are DESIGNED to be the way they are (Dark Souls, etc.) other titles should embrace their difficulty options. Moreover, people just mind. their. business.

“ There’s been much to-do over game difficulty options in the last few weeks, mostly on Twitter”

Nobody cares lol. Twitter the brainfart bubble doesn’t count. Have you ever met someone in real life that would give you a hard time for beating a game on easy? I haven’t.

Of course there should still be games like souls where you have a default difficulty but most of the games should offer a story mode, easy, normal, hard and a very hard and call it different names

It's time to have this mature conversation without one side feeling like they're getting the short end of the stick. I Really don't understand this about some gamers who are against accessibility when it comes to single player games how does my experience playing on story mode affects yours playing on hard I just don't understand that

In the Souls/Bourne games you can make the game easier if you pick up an NPC (sometimes two or more) or if you are online, one or more real world players. Of course if you really wish to have a challenge you can play by yourself.

Some exceptional players have even played with pathetic armour and weapons thereby really upping the challenge. Getting invaded by these people is a sure death sentence.

Games like "Oblivion", "Skyrim", "The Witcher 3" and "Horizon Zero Dawn" (there are plenty more) allow the player to select the difficulty of the game. If/when you finish HZD and restart on new game+ you will find that once you select a difficulty you can't change it. Of course if you select NG+ for HZD at the hardest difficulty you can get much more powerful weapons.

That so many gamers seem to get behind this agenda to have every game be the same is bit scary honestly. The more accessibility options we get, the more people feel entitled to them and act like it should be mandated. I like not having the option to toggle an easy slider when some games get tough. It's made me a better gamer, and helped me to practice perseverance in other areas of my life.
With the weak narratives that so many games offer, what reward is there for sliding that toggle at the end of a game? What is the difference between that and watching the ending on YouTube? Maybe growing up just means you don't have time to play the games you want to play full stop. I don't think it should mean that you get to petition, demand and cry until you get game features that better suit your lifestyle. And can we please stop pretending that accessibility features aren't primarily incentivized by sales, and just let the developers make the kinds of games they want to make (and sell) in peace?

If you need the inability to switch difficult mid-game from doing it, then that means you don’t really have perseverance? You say being forced or play on so and so taught you perseverance but yet having a toggle go knock the game down on a whim somehow makes your experience different? If you’re at all tempted just because the option is there, then you don’t really have the perseverance you claim to have so the entire conceit behind your argument is flawed.

Well the fact of no difficulty options in the games I'm talking about makes your argument nonsense. I prefer to have the definitive experience of a game when possible, and difficulty options lead to confusion over what that is exactly.

I mean, you understand that right? It requires you to imagine the game with accessibility features which is entirely moot. My point was that I learned to approach the game differently than I might have w/ those features in place, and that experience itself is one that can occur by design and provide satisfaction. The argument makes no sense whatsoever.

Most games have a recommended or normal difficulty setting (the one's that have one) so theoretically the normal setting would be the one that developers have in mind when developing the game. It definitely should be at the developers discretion, as it is their vision.

I can't really disagree with your points, but I still don't think your argument is valid as to if it is a good idea or not. Personally I like the idea of games being made available to the most number of people possible. It is good for the business as developers get paid and more games are made. It may even be good for the kind of, more difficult games you prefer, as it allows for more specialized marketing. The practice as a whole, I feel, is good for gaming.

My idea is only that diversity of experiences should be something the industry strives for. The argument is to place restrictions on that idea. There is no one size fits all answer to accessibility. It can and will impact development and appeal of existing and future franchises in unforseen ways (I made an illustration of this idea in a comment a few posts down). An abundance of games that feature the kinds of options we're discussing should be good enough. Let sleeping dogs lie.

And can we please dispel the notion that more sales is unambiguously a good thing, and stop doubting the conscientiousness of developers like FROM. They have to make a lot of tough decisions in the process of developing games that appeal to their fan base and also have sufficient market appeal. I'm sure they weight the pros and cons of adding more accessibility features every time they release a new game, and are completely aware that some group is excluded and therefore sales lost. These are products, games are not a right, and part of growing up is also coming to terms with the fact we can't make everyone happy.

I present to you - Game Journalist Vs Pigeon
https://www.youtube.com/wat...

And that is why you should never treat game reviews anything more than just entertainment.

having alot of options is always a good thing.
i dont quite understand the narrative of having every game being as difficult as a Dark souls game.

i like having the option to play on a more difficult setting, but to be quite honest, i dont have to prove anything to anyone, so if i wanna beat a game on easy, ima do it and theres nothing anyone can say to change my mind or to make me feel any less of a "gamer".

your are not more of a Chad by playing a game on the most difficult setting and brag about it online. like, literally nobody cares. and this is what all the fuss is about, bragging.
theres nothing wrong with being proud, of course.

like i said before, its all about having options. and devs are more than welcome to provide them for us.

Just make room for all the different types of games. Variety is the spice of life. Games don't have to cater to all audiences.

@Banthis Options already exist in the form of other games, games that do cater to all audiences in the form of straightforward accessibility options.

The main argument against it is the i wanna play it the way devs intended, well theres a mode for that , only difference is less capable players have a mode for them aswell, everyone wins.

Like darks souls couldve had a mode the play the way it does now and then easier option, i cant for the life if me understand what uosets players wouod just play it on the mode inteded if it did have difficulty levels.

It's because proponents of this idea are arguing that accessibility features need to come in the form of difficulty options. Take FROM software for example. If their goal is to create a difficult game that rewards perseverance and provides an experience of exhilaration at overcoming hardship, a difficulty slider is literally game-breaking. Implementing those features could mean losing fans, brand loyalty, reputation, and potentially even sales... not to mention all the hard work that went into developing the systems they have in place as difficulty options mean they might be skipped entirely. I would argue that their games already have accessibility features in the form of summons/co-op, multiple combat options including magic and ranged, shields, grinding and exploitable environments. Elden Ring will have offline summons as a core mechanic, the most weapons, armor, magic of any game, and non-linear progression / world so is taking this idea even farther. Also, it's kind of impossible to do with on-line co-op / PVP as a core part of the game.

Like I said in another thread, options to make games easier in some cases is fine, just not ALL cases.

Last night I was doing more laps in GT Sport trying to beat times set by Lewis Hamilton. It's hard. I knew it would be hard. That's the whole point. Don't make it easier! I shaved a few 10ths
of a second off my best lap, and while I still don't have the gold, I improved and it was satisfying.

There would be zero satisfaction if I got gold in a car that is overpowered, or some other buff, like a 2 second headstart.

Guardian Ape is the Peak of Sekiro’s Boss Designs

Why Sekiro is the best warrior in Soulsbourne games