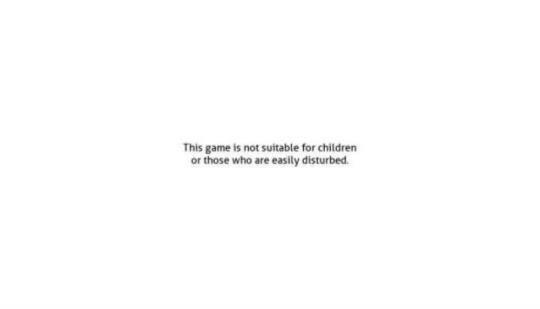 Hello, everyone! Today I want to talk about censorship–with the news of DDLC Plus coming to consoles like PlayStation and Nintendo Switch, it’s something that a lot of you have asked ab…

Well it's an adult game, strange tho, just don't let kiddies play it rather than censor it. Bad parents should be to blame.

its odd that those changes only apply, or only seem to apply, to anime/manga inspired games.
whats up with that? lol

Because American art is already censored at the source.

I see it's about blood in this case so changing my comment.

That's just weird. But it just seems Sony really just isn't willing to remotely play with any Japanese or international laws. People should look at some of them. Like the ones about dismemberment etc. Companies can get around some of these by changing colour etc. But yeah. If it was the fanservice stuff I'd say most of it isn't a bother. Blood being darker isn't either. This is less Sony because even Anime in general has done this alot in Japan, as well as put God rays and actually alot of times the localized dubs and such are when you finally see the uncensored versions officially.

People also don't look into the fact scenes and games do Infact get censored from our games going to Japan. Different laws comes with these things.

Regarding comments like Teflon02's:
We worry about fanservice/underage etc. We talk about how GOW and actions between adults are different in video games. I'll be honest, I don't see the fake (presentation in video games) of any subject matter as being justifiably off limits (being entertained by brutal killing isn't always really any better for society than underage fanservice seems to be in Japan). We (gamers) are constantly being forced to defend our hobby and argue that violent video games do not make criminally violent people (although violent people may be attracted to violent video games)... It seems reasonable to suggest that pervy games don't automatically make criminal pervs (though pervs may be attracted to them). That is ultimately not the point though. The point is, I believe as long as a game is "make believe"/pretend, the creators should be able to create whatever the heck they want, players should be able to play whatever the heck they want. Content should NOT be a secret, but NO-ONE should be able to tell them what they are allowed to imagine/create/think/do IN A VIDEO GAME... How is controlling thoughts and pretend in a game anyone's right? Now, the second that someone goes out and actually DOES something, that's NOT a video game related issue anymore.

Have you read the article? The censored part in this game though is actually the color of a character's blood. They were forced to change the color to green instead of red. It doesn't make sense when other games are allowed to show red blood imo.

Letting one thing get banned never results in complacency with things afterwards, as you declared this was about titties without even reading the article and just wanted to feel superior in the comment section.

They had no problem letting ND show the ugliest sex scene in video games so why have a problem with third party? Not a problem now but don't be surprised if later in the gen more third parties especially indies start keeping away their games if censorship becomes worse

This proves everybody right about Sony and their hypocrisy and that waving it away like you have been doing was just going to lead to further censorship.

@dekke
«It starts with one thing». First they ban tities (even showing cleavages will be enough to them to warrant a ban), then swearing, after that - showing any bare skin, then any mature themes or themes they «don't agree with». It's a downhill slope, 100% of the time.

Also, «appetite comes with eating». They'll ban more and more things as times go by. It's always been that way. Read about russian government blocking internet sites. First it was to block sites that sell narcotics. Then they added piracy, after that - any sites with «interest» in minors. But soon they were banning foreign social networks (that didn't want to store users data in Russia or didn't want to delete info at first request), political party websites, independant journalists and media, blogs, VPNs, even whole server providers (like, if you have a website at Digitalocean, there's a 35% chance it's blocked in Russia).

"theres always adult sites if u wana see real ones and not pokemon :p"

Real what? This is about the changing of the color of blood in the game what are you on about?

Seems like an inappropriate comment and a harsh reaction to nothing more than the changing of blood color.

theres always adult sites if u wana see real ones and not pokemon :p

I've played the game twice on PS4 and the blood color was turned dark red from bright red in that infamous scene.. No big deal. This is the best game I've ever played.

its a shame but the impact of that scene is still quite effective and disturbing as hell.
im not sure why they had to change it tho, since it is a game for adults.
is changing the colour of blood really necessary if you have all the other stuff still in it? lol

sony has some really weird censorship for manga/anime games going on.

Like i've said before, it really seems like they have it out for Japan specifically, and i don't get why. TLOU2 has some of the most disturbing violence and gore AAAND a straight up sex scene with full frontal nudity, yet a mature rated game from japan cant have cartoon blood? Makes no sense

Team Salvato is fully American. This is less an attack on Japan and more on an attack at that artstyle if anything.

its not from japan tho haha

They're very sensitive about violence and nudity when it comes to games made in an anime style that weren't developed by Atlus.

Not even Atlus are safe. They were pressured into changing dialogue and scenes in Persona 5 Royale. Catherine also had censorship from Sony.

What is the act 2 part? They won’t spoil it and I have never heard of this game?

why are you here in the first place haha.

I’m interested in censorship and the title is “about censorship”. I’m wondering what the scene is and why it’s a big deal

I won't spoil it. Just go and play it - the original version is free to play on Steam and totally worth it. Just heed the warnings. If you have any mental health issues the game recommends you don't play it. This is not a joke.

Otherwise I would recommend you watch the Game Theory (Channel GTLive) Lets Play walkthrough as the guys get a a good grasp of whats going on and make it quite entertaining at the same time.

Domination can you dm me the spoilers? I don’t play on PC and I won’t play it. I don’t even know what it is lol. I just want to know what the scene is about. It’s kind of hard to understand when nobody will talk about it lol.

it involves blood. thats what the censorship is about. they changed it from red to green

Then you're seriously missing out. I've been waiting years to play it since I don't have PC and now that I have it on consoles and have played it, it's my all-time favorite game. Just go experience it right now because there's nothing like it out there.

This game has been out since last month as well as the developer's article and a lot of people already finished it. Then suddenly Internet began to fuck Sony after some sites posted news today.
Guess those people really don't play games.

It goes to show you, people like to be mad and complain. Slot of the things they say contradict their actions. Like how when BFV was dropping, all of a sudden DICE can't have creative freedom with FACTS from actual vets. But stuff that risk laws is suppose to be okay. Especially when no one would ever notice if someone wasn't pointing it out lol.

If you're that worried about censor ship on the PS4 copy buy the Switch Port Nintendo has really relaxed their censor ship rules or just get it on PC. Only way I would get the PS4 copy is if I found it dirt cheap and I want to tropy hunt it for the easy trophies. I as a consumer hate it when a company takes it upon themselves to censor a game I went out and bought for your platform. You censoring my form of entertainment will turn me away from you and go some where else to enjoy that media content on a different platform. Anime games that have me interested I always buy for the Switch now because Sony seems to think censoring content is a good idea. I remember when Nintendo would throw a shit fit when it came to blood with MK on the SNES. After they saw people were buying MK on the Genesis for the blood Nintendo did a 360 on their censoring for MK 2 and allowed blood.

Digital is only $15 .. I own it digitally on PS4 and Switch and I have physical copies preordered for both Switch and PS4. $15 on Switch doesn't seem expensive to me. Good luck on the lphysical since they'll be limited unless they decide to continue manufacturing them.