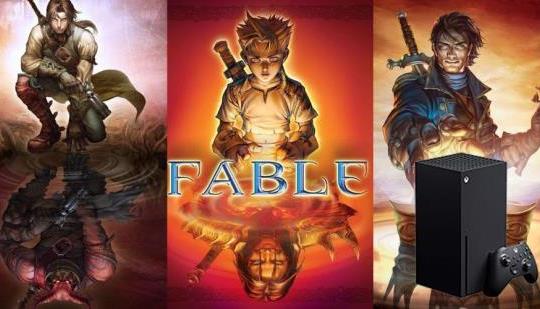 11 years later since the last game was released, the new Fable 4 game trailer finally dropped during last year’s Xbox Games Showcase, when a teaser trailer was unveiled, sending the whole Fable fan base into a frenzy.

Its nice to see what playground can do outside of a racing game.

I think they will do well with the franchise, better than lionheads last attempts anyhow.

If we go off how good Forza Horizon 5 looks, the level of detail in the new Fable game could be insane.

Just as long as they don't try to reinvent the wheel like the last proposed Fable idea. I don't remember exactly how it was supposed to work but I think it was multiplayer and 4 players teamed up to battle 1. Not a terrible concept, I suppose, doesn't interest me, but should only be a side project if that.

I guess I'm not the only one who felt that way because I don't think it made it very far in development.

That remains to be seen.
There's more to creating an RPG than making pretty trees.

They need writers, quest designers, combat designers, voice actors, Mocap. The list goes on and on.

They are about to be a small fish in a big pond and are dealing with a beloved franchise. It will be interesting to say the least. I just hope it's not some service based crap.

I am really curious about this.

Fable was one of the best franchises on the 360.

Fable the lost chapter was the best

Definitely Fable 2 was easily a system seller. I feel like Microsoft has learned their lesson and they're definitely trying to recapture the magic of the 360 with the series X. People aren't buying this games as service crap. Some of it is legit like sea of thieves, but a game like Fable definitely needs to be a single player story focused game. Maybe you could include some co-op or some multiplayer modes but it needs to be a legit action RPG with a good story. I can't wait to see what they've been cooking up

Part of me hope they have a mmo portion of the game like gta. Have a traditional story mode. Then an online part where you create your own character and play with others. It's a win win.

Looking at the sorry state of Halo...ima press X to doubt.

I think this will be at LEAST decent. Playground games do develop quality titles and a fresh pair of eyes is definitely what Fable needs. Fable is one of my all-time favourite franchises (at least conceptually) but I always felt like Lionhead kept adding new features to the formula with each new iteration instead of adding depth to the existing ones. Very excited for this one!

Because you can trust what Xbox says.....

I can see why some are hesitant after the Xbox One. But I believe that Phil Spencer has righted the ship. He has changed the Outlook of Microsoft as far as games go. The 360 era was one where Microsoft really took market share away from PlayStation. They were actually dominant from much of the generation. I feel like the entire philosophy of Microsoft as far as gaming goes has been changed since Phil has been in charge. They Now understand that you can have the multiplayer stuff but you have to have good single player exclusives as well. I feel they've learned that lesson and the fruits of the labor I'm going to pay off extravagantly over the next few years. Look for this generation to be neck and neck again like it was during the 360 PS3 generation.

There's really no way to go but up after Fable 3. I just hope they can capture the charm of Fable 1 and 2. All that crazy stuff Peter Molyneux used to talk about that just wasn't possible on the OG Xbox they could probably implement some of that stuff now. I'm always down for a good action RPG and Fable 1&2 we're pretty great! That series really helped establish Xbox in the minds of many fans. I seriously can't wait to see what Playground can do with the series.

Personally I would prefer they let playground create a new IP though, so they have 100% freedom.

Fablo, Halo, Gears of War have all switched hands, which seems a little disrespectful to the developers, it became "franchise" centric, like who develop them don't matters.

Like I wouldn't want to see Naughty dog making the next god of war, or insomniac make the next Horizon.

Anyways, i know this comment would probably be treated as a fanboy comment and get tons of disagree, but what I said was genuine, it just seems healthier if they can make people excited for whatever Playground can build next because they are awesome, instead of just using franchise to restrict them and set unhealthily high expectation and hurt the project.

Summary, build up studios, let them go 100% creative mode, don't get too attached to franchises.

Nope, We want Fable and Lionhead didn't know wtf they were doing anymore. Someone gotta make it and who better than Playground? Supply and demand.

I see the same two people have gone down and downvoted every comment.. classic N4G..

Forza Horizon already has an open world and some basic RPG mechanics. And anyone who has played them extensively will know from names of events and cutscenes that Playground has the humour required to make a Fable game. Nothing is a certainty but this being good is one of the safer bets you could make.

Can't wait. My expectations for this game can't be any higher. They have a lot of pressure on this.

Fable 4: Are They Making a Mistake?