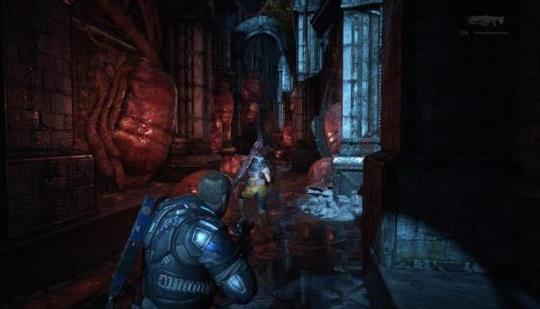 Xbox Series X's FPS Boost is game-changing when it works and disappointing when it doesn't. While frame rates are often consistent, many titles make concerning sacrifices. This lost compiles 20 FPS Boost games that make major sacrifices, detailing their drawbacks.

As someone with the Series S, it makes more of an impact there than on the X. From what i have seen, if the game already supported One X enhancements, then its best to just let it be on the Series X.

If you have Series S and you use backwards compatibility... it is not comparable to Series X. Series S runs vanilla Xbox One versions because of the lack of RAM to emulate Xbox One X ones, for example. Series X is far greater improvement on BC.

Great to have options I’ve gone back to playing dragon age inquisition and it runs superbly. Good article though detailing differences.

Wow, these downplaying articles are rife this week in the lead up to E3.

Funny how it is only this week these articles are surfacing, even though we knew about Series X not running upgrades from Xbox One X BC games months ago. As per article :-

Well yeah, you can not change some other developers game code, only they can enhance their own game via next-gen patches.

There is even one now on how Gamepass for PC is "broken".

Wonder what we will see next? We have had Xbox not making any money on any console ever, gamepass for PC is broken, FPS boost has lackluster upgrades, xbox division is being ran in the red at a consistent loss, gamepass has never been profitable, all in the lead up to Xbox and Bethesda's E3 showing.

Microsoft taking the “exploit” away that used to exist for still running with One X code in Fallout 4. That workaround got removed which is disappointing.

Before the last batch of 74 games, we only had 2-3 games that lost the enhancements? So it’s actually only been ONE month that we’ve seen how much of a dramatic cut many games have had to make.

Regardless, this article exists to compile each title’s rendering set-up with and without FPS Boost. I don’t get why people are always so personally insulted when something isn’t praised to high heavens. I LOVED replaying Prey with FPS Boost because I got the best of both worlds. Also loved replaying Shadow of The Tomb Raider. Any of the games on this list however?? Not so impressive.

"So it’s actually only been ONE month"

Since before launch - September 2020

So yeah, it has been known for months, 3 to be precise

All in all, the title description of "lackluster upgrades" is just the series console using the Xbox One S version of the game without the One X enhancements, to achieve the FPS boost.

"While this list compiles information as accurately as possible, some assumptions will be made about dynamic resolution. It is assumed that with the sheer horsepower thrown at base Xbox One code, the dynamic resolution scaler will always hit its peak even with the boosted frame rate. If a bullet-point is book-ended by saying DRS can't be discounted, it's because we didn't have enough information to make a safe claim. "

What you’re highlighting are from the first 2 batches, which my comment already addressed. It was a VERY SMALL number of games that needed sacrifices so it was safe to assume they were outliers. Now with 97 games, 20 of them using Xbox One base code(and a large portion also just being games that never got enhanced to begin with so it’s not actually 77 enhanced One X titles that keep them), it’s a much larger issue than the first 2 batches indiciated. It wasn’t until the final batch in late April or early May, that we saw just how limited the feature is and just how limited Microsoft’s lack of user choice in letting us keep the enhancements is.

Also, that first link is irrelevant because that’s about Series S, a whole separate conversation. This article and conversation is about Series X. Also, at least the article is transparent when it is making an assumption rather than many game journalists that simply regurgitate PR speak as fact, spreading misinformation. When those games revert to base Xbox One code, it’s a fact that they’re going to be using the Xbox One resolution range for that title. The assumption is whether it locks to the top-end or if it drops below the max resolution the DRS was set at for base Xbox One. For many games, we have the data to safely say it’s running at the max resolution. For others, we don’t. It’s not like the article is just pulling resolutions out of its ass.

I simply said the following :-

"We knew about Series X not running Xbox One X versions of BC games months ago" - Fact, regardless of how you want to spin it about batches. 20 games (the ones in the list) run the Xbox One code, like you said, but as stated by the teams themselves, this is to enable FPS boost.

It is only an issue, for those that want the FPS boost, along with the One X enhancements, for the majority, they will take the sacrifice of resolution downgrades, to play at a higher framerate, if that is what they want.

Best explained by the article itself :-

"Unfortunately, FPS Boost has hard limits because no game code is being touched. If a game doesn't run at a stable performance level, the Microsoft backwards-compatibility team can't adjust game settings or resolution to best reach the target frame rate."

So what they are essentially saying, is they can not reprogram games they do not own, to enable the resolution to be stable, along with using FPS boost, so they have to use the base code, to enable the doubling of framerate.

If they started delving and dabbling in other games source code, they will have a mightily fine and hefty lawsuit coming there way.

This will only be addressed for the 20 games in question, via a developer patch. Expect these to be fixed in due course as and when.

But to label things as "lackluster upgrades" when there is only 1 upgrade involved FPS boost, is nothing short of fanboyish.

All 20 games on the list, are running at Xbox One resolution with FPS boost enabled, instead of the Xbox One X enhanced versions resolution.

This is a known issue, even when running the same games through the BC program.

The Evil Within Deserves Another Chance