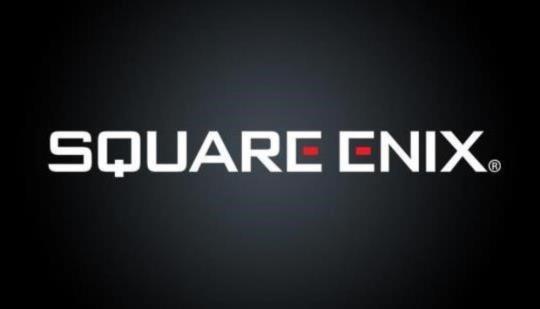 Square Enix published a document on their website stating the company had received no offers and was not considering selling any part of its business.

Here is the bloomberg article translated:

It is not clear whether the game department is the only one of interest or the company as a whole.

bloomberg has completely lost it ....false rumors ,false news, give it a rest ... seems they dont know a thing about games industry ...just clickbait articles

B-but people here on N4G said that Bloomberg is the gospel?!

Would not be surprised if they said that just to pump the stock price up, which it did.

Remember when they said CCIV was going to merge with Lucid Motors soon and be the next Tesla. People jumped on it with no evidence and it ended up going up like crazy and now months later there is no news and it's almost back down to where it started.

Any and EVERY time the MSM writes something like ""citing two bank officials familiar with the situation.""

It is fake news. Sources "familiar " with the situation means the writer made it up.

That's incorrect. Here's an article Battlestar23 posted below calling out Bloomberg for paying reporters for stories that move the market.

They use the same language for a source they quote who defended the practice. It should go without saying they wouldn't need to makeup a source to rebut their own argument.

I think Bloomberg is suspect, and they could be lying about sources, but that doesn't mean it's made up whenever you see language to that affect referring to a source.

The game industry is going the way of entertainment. Run by 2 or 3 megacorps.

I mean hasn’t it been like that for a while? The Big 3 at E3? Any other company that tries to step into the arena dies from little support?

Microsoft buying one of the biggest publishers was a major move, but we're not at Monopoly levels.

I highly doubt Japan would allow one of their major companies be absorbed by a company outside of Japan, though. Similarly I don't think a European or Asian company buying out Zenimax would have been allowed.

Globalism is good for capitalism up until that companies money goes to another country.

"Similarly I don't think a European or Asian company buying out Zenimax would have been allowed."

Why not? Chrysler was allowed to be bought by European companies.

@dumahim: that's an interesting one. Did you know Stellaris was formed to keep a split between the American owned and still operated in America business and the European owned entities? The European entity didn't directly buy and absorb Chrysler, but instead did a 50/50 split into Stellaris. Essentially creating a scenario where that portion remained American based and founded while owned by the overall group entity. This is because the U.S. would not allowed the direct sale to the European car company itself.

How about Daimler? As I understand it, they fully acquired Chrysler.

I wouldn't trust Bloomberg to post any news that was real. https://www.businessinsider...

Wow they are scummy as f***! No wonder Schreier moved there, he loves being a snake.

I don’t believe Bloomberg recent Sony rumor is true either at least not all of it.

They are a publicly listed company and legally have to make a statement.

Both of these statements can be true. And I suspect that is the case. I'm sure many companies would like to get their hands on FF, DQ and Tomb Raider.

SE would cost upwards of $5B though I'd imagine.. that's tough for a Western company or Tencent to get over the line and I'm not sure many Japanese companies are able to afford that kind of outlay. I don't think this one has any legs to it for now but things are definitely happening in Japan. Konami to Sony and Sega to MS are the two I see as most likely.

They also said they received no offers.

True, Good point.. they would legally have to disclose if any offers were made as well.

My point was simply:

In reference to the Sony stories, you see some developers coming forward to provide the truth but in general Sony doesn't respond to rumor or speculation whether its true or not. Its just their policy.

I’ll say this under no circumstances do I want Microsoft to be able to purchase Square Enix. And if it got into a pissing match between them and Sony I fear Sony just couldn’t muster up what Microsoft could do in cash alone.

This is one I want to see stay independent or under the leadership of Sony. It just wouldn’t be right for Microsoft to be in control of such a legendary Japanese game developer and brand.

I know it’s just business but Microsoft being able to gobble up everything is totally monopolistic. For that reason alone I don’t think they’d be able to. But who knows since money talks.

Either way this is all just speculation according to Bloomberg. So I guess we’ll just see what happens in the future.

You mean Bloomberg (and Shreier) are lying? What a shocker.

When it comes to business acquisitions.. I don't think a denial on Square's part closes the door on this story at all. The initial reporting claimed that there are several big players interested in an acquisition, the fact that they haven't yet sent Square and offer, does not mean that they are not planning on doing so in the future. Square would be a huge boon to Tencent, Sony, Microsoft.. Amazon even if they were bold. I'm sure there's a lot of eyes on this, and we have heard for months now that there is considerable interest in acquisitions across the industry. keep an eye on this space.

This guy has more hot air then a balloon