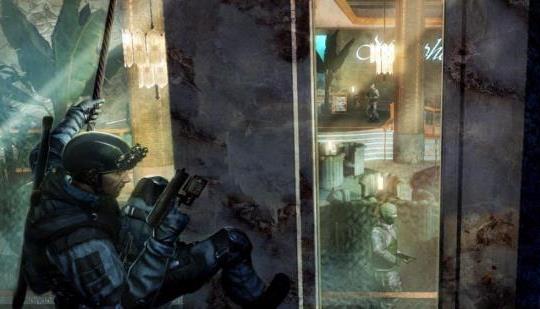 Ubisoft is saying goodbye to some vintage Clancyverse games later this year.

Any in-game rewards, redeemed items, achievements, and Ubisoft's proprietary currency will also be disabled. Yep, even if you've already redeemed items or unlocked them in-game, you'll no longer be able to access them on PC. There's no solid date for Ubi pulling the plug on these games yet, being given the vague window of 2021.

Adhttps://www.youtube.com/watch?v=EjfojxXOobE&t=463s
- Comments (57)+ Comments (57)
TopNewestOldest
Expand all
The story is too old to be commented.
407d ago

I mean, the games are still playable, just no online servers. No?

Depends, say it’s something like Outriders then without the servers you can’t get past the title screen.

There are 3rd party servers with programs you can use ubisoft has already killed online play for most of these games you will never find a match or it wont let you search but they still sell copies on amazon.

@crimson I am not saying Outriders, I am saying the games listed here.

I love the R6 Vegas games. If they just updated that it's the only MP game I'd play

MS should buy the rights and host the servers in Azure, all to bring Game Preservation to us all.

I agree. They need to keep every server for every game.

Those are the only Ubisoft games I like. Sure would be cool to get a remaster

Some of you do understand that it's costing them money to host these servers right? Eventually they have to shut them down, but I guess they could maybe update it so the people still playing can host games.

Unlikely, but it’s one of those things where we don’t know the maintenance required or potential security issues.

Do people not realise that Publishers and developers have been shutting down servers for years? This isn’t new..

Not sure how the industry will go on after we lose

Hahaha God i love these topics.

Ok so first off you all remember when we signed the contract with Ubisoft, Sony, and all the others stating CLEARLY that they would keep their online servers and services online forever right?

Oh....wait a minute...that never happened. They can do what they want and people can complain, but don't act like since things went digital that everything is expected to be available forever or that the companies EVER promised you that.

Rainbow six Vegas only has about 10 people on. I'm still waiting for an alternative to Vegas 3 but looking how siege has been such a cash cow it's now dead in the water we will get a full rainbow six sequel with campaign coop multiplayer

Should we fire Yves Guillemot as well? /s

Should we? Yes. But not for shutting down servers of old games.

One of my fave online games back day loved the customisation.

Ubisoft already did this most of these games no longer work on pc. You already have to use a 3rd party aps on pc to match make to find games already ive already done this. They must be talking about the forced logins they make you do but the 3rd party match making systems has a way around it because i was playing Graw on it and plenty people were playing, through the game search system itself 0 were playing.

I wish when companies shut down their game servers, they would release the software that will allow you (or anyone interested) to make their own servers. Like Counter-Strike. Or Battlefield 2, there are still fan servers available today, you can still play the game today and it was released in what, 2005 (or 2006)?

This is nothing new. Companies have been killing off servers for dead games for years. It's a smart business move and anyone who would keep dead servers open wasting money should NEVER own a business...

Well this is disappointing. I still play R6V2 with a group of friends regularly.

I guess a virtual LAN like hamachi and “LAN” game modes will still work though.

I been waiting since this kill shot to these games was announced for Microsoft to chime in about keeping games alive bla, bla, bla but not a word. Microsoft could also step in and pay Ubisoft to put these on their rental service and keep them alive but it sure looks like unless it's Sony giving the kill shot its really not that important.
Old games die and gamers move on and for these titles though sad its that time. RIP!

The funny thing is the ones who moan probably haven't played this in years. Now the servers are closing the crying starts. It will happen eventually to every online game!! Deal with it, play more single player games.