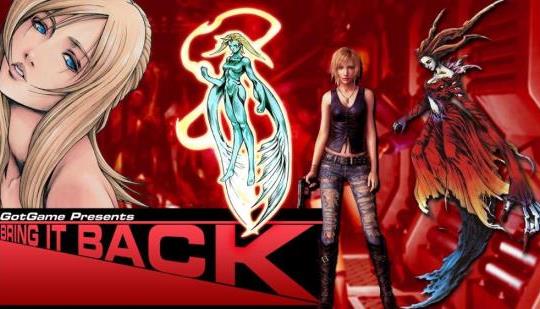 Bring it Back | Parasite Eve

From Japanese horror novel to game, the Parasite Eve franchise deserves a redemption arc in this week’s edition of Bring it Back.

The original was a really unique RPG. Cool combat system too. Whatever they did with the PSP Version... don’t ever do that again. Would like to see this series return.

I think the reason why they won't bring it back is due to the licensing and the failure of that abysmal PSP game.

I think Square should try to attempt a reboot without the whole use of "Eve", since Aya is an original creation I would assume they could still use her, and maybe come up with a new threat and implement all the mechanics from the original but modernize it. Y'know, something like FF7's hybrid combat system would be awesome.

The problem comes down to Square willing to take a risk. They could dump all this effort and money into a project and it could bomb in sales. I miss the days when developers could come up with any idea and get a game green-lit even if it wasn't a guaranteed success.

Ashamed to say this is a gap in my gaming experience here. Never played the Parasite Eve titles. I do have a PS2 sat under my TV, if you have no nostalgia for the games, do you reckon they hold up?

PS1 Game prices are out of control – but for some, it’s the perfect time to buy