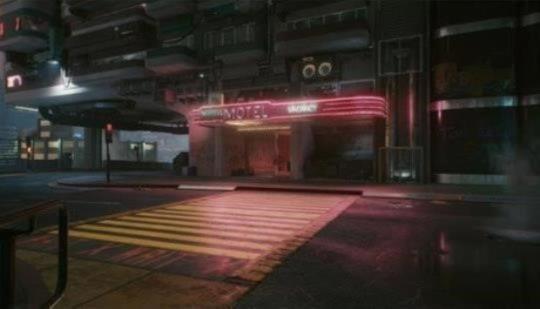 Cyberpunk 2077 is a great game, but it could have been an incredible game that defined a generation.

It looks like CDPR managed to hold back the honest reviews for long enough to get their money. They can poke their hollow apology. Even apart from the performance issues and HUGE variety of bugs, this game was held back due to the allure of a massive old gen install base.

I'll buy it cheap in a year or so once they've finished it, because I know there will be fun to be had - it's just a shame it's not what it could have been.

As someone who has the game on PC running RTX Ultra at 1440p @60fps. I agree with this score. Although I’ll admit I’ve only played an hour so far so that could change drastically but initial impressions are that the gameplay as a whole is very shallow and lacking.

From what I can see the combat has very mixed reactions. The gunplay is not very tight and the AI is inconsistent. The main quest is ok, not great not terrible. The sidequests are really the meat and potatoes and perhaps the only reason to get the game.

Yeah I was never going to buy this game until Next gen upgrade and 10$ black friday sale.

Same as I did for The Witcher 3. Didn't miss out anything other than I got to play a more stable version with tons of extra features/content and bug fixes at a lower price.

On pc and next gen consoles it runs really well and is def up for goty on those. But i totally agree with the half that are upset. I tried the game on my last gen console and it ran so slow I I don’t want to play it at all on those even if I didn’t have a pc ps5 or xsx

I'm enjoying the game so far. It was messy with the launch, but the first patch they gave fixed a lot of the UI issues and the framerates. I was still enjoying it with the more frequent bugs and even got some hilarious screenshots.

This game with its technical problems and bugs is heaps better than any Witcher game gameplay wise.

Witcher have crap gameplay too but still better than this garbage

Just no, on every level. Witcher 3 was a vastly superior game then cyberpunk. I’ve been having some fun with cyberpunk though, when it works.

Good to see this game getting blasted with shitty/real reviews. Hopefully it will light a fire under CDPR to fix this mess, and deliver a game that actually lives up to their promises. Can’t believe this game was announced in 2012 and this is what they gave us

The worst thing about all this is it will now be a stain on CDPR. What’s crazy is we should’ve known something was up when reviewers could only review the PC version and use stock footage from trailers and reveals.

That’s kind of unheard of.

Yeah, a stain on CDPR it is. It’s definitely unheard of and I couldn’t believe they took that approach with reviewers, shady, wrong and shows their intentions.

A real shame and so disappointing.

I think this should be taken as an example to MS about the “sliders”.

CDPR should have skipped base PS4 and One release and only allows Pro/One X, by I assume this is not contractually possible.

Serie S fans, see here a glimpse of the future for your beloved platform in 5 years.

One X was discontinued after 2 years, I honestly can't see the Series S lasting that long.

I hope you are right.

I'm about 8 hours in, slow playing very much on an Xbox One X and have run into very few problems so far. I know I have just scratched the surface, not even out of the prologue, but I've only encountered one bug so far that reset the game. Definitely not good, but almost all big AAA releases come out now riddled with bugs. This game almost needs system specific reviews as it seems to operate on all of them differently.

Day one patches fix some issues, but it's not that unusual to see this. This is wrong, I admittedly fell into the preorder hype this time, I've only preordered games a couple of times in my life, and it is always a mistake. Part of this is on the consumer though. We ponied up cash for 8 million copies of a product that we had never tried and really only knew what the seller was telling us about it. If consumers stopped preordering, I guarantee this would get better. It's not like there will be a shortage of copies available at launch, like the old days, as most copies are digital these days.

While I agree that CDPR should not get a pass on releasing a broken game, we as consumers have the ability to change this. If everyone would just have a little patience, and wait until after the game launch to make a decision, I feel like this would change. As it is, there is very little incentive for companies to change. CDPR made ALL of their money back JUST OFF PREORDERS! They have already been paid. As a "pro consumer" company, I have faith that CDPR will work hard to support this game and make it better, but we shouldn't have to wait.

"Is a great game" yet gets a failing score.

6 is above average. of course these days 7 is considered average and 5 is bad when 5 should be average. it's like we forgot how numbers work

I will wait until they fix this game. It shouldn't even be allowed to launch a game that broken.

Agree 0Disagree 7
▼✖-+
SPAMInappropriate
Show all comments (28)
The story is too old to be commented.
60°