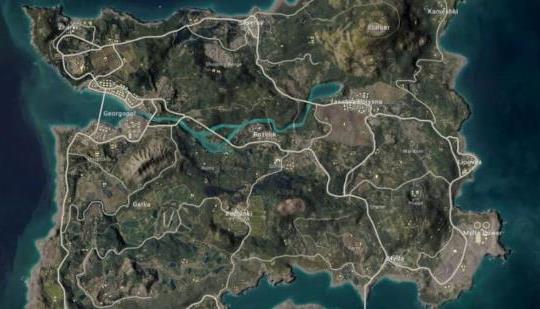 Open world games are actually much smaller than linear games

There is one aspect of game design that has been annoying me ever since it became the hip new popular thing to do: open-world games.

Everyone says that open-world games are huge! “Wow there’s so much to do!” everyone says. “I can’t believe I can travel anywhere!” they exclaim.

No! It’s all a trick! Open world games aren’t huge! In fact, many of them are smaller than most linear games!

Adhttps://store.steampowered.com/app/1488200/Symphony_of_War_The_Nephilim_Saga/?utm_source=n4g&utm_medium=native&utm_campaign=sow_n4g_native&utm_content=png
- Comments (13)+ Comments (13)
TopNewestOldest
Expand all
The story is too old to be commented.
786d ago

If you don't like open world games then don't play them.

Seems it never occurred to the OP that people enjoy the downtime in open world games where you can relax and enjoy the world. I find it more boring when there is non stop action around every corner, which he seems to want.

There are different game genre's for a reason - players like different things.

Interesting view and I can understand it. alot of side missions in open world games are just the same, with the occasional difference. Though the Author should have included some ideas on how to improve on this. That said I enjoy both type of games.

The problem with linear games is, they don't offer any freedom. God of war is a good example of a linear game done right.

Asylum was my favourite too. City and Knight were good games but I still think Asylum was best

While I agree that the notion that all games need open worlds has gotten way out of hand in recent years, I disagree that open worlds in and of themselves are inherently bad. I mean, ok, I do find the side of extended and repetitive overworld travel quite tedious, but that's all the more reason why it's imperative that games make overworld traversal as engaging as possible, and where possible, fast travel/warp points are welcome (though the latter really depends on how well it fits the game in question).

The problem isn't open worlds as a concept though. Whether it's an illusion or not, such games at least make the player feel a greater sense of freedom, and I think that's a net positive no matter how you cut it. But, that alone doesn't determine whether or not a game is great...good game design does, and that's not exclusive to open worlds. A game of any type has the potential to be great, and the potential to be trash, and it's apparent when a dev knows what they're doing, and when they clearly do not. Suffice to say though, when a dev knows what they're doing, an open world game can be fantastic and quite immersive, and there are many great examples of that concept done right.

Ah, either the writer of this eat paint chips to present such stupidity or it's just typical flamebait.

The Future of MultiVersus Might Bank on Adding Surprising Fighters