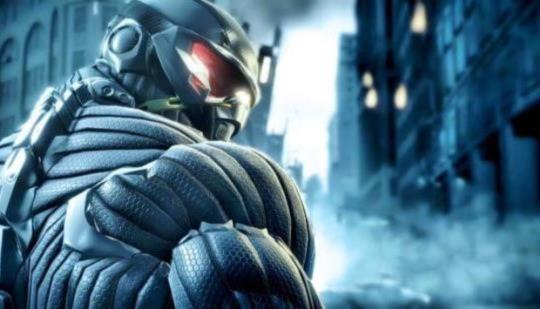 According to these leaked documents, Crytek may be working on several new projects, including Crysis Next, Crysis VR and a new Ryse game.

Hopefully all is true because I'd get them all day one

Crytek admitted they planned a Ryse sequel just after the first one got finished. But MS wasn't interested.
Maybe because CryEngine 4 was still over-powering for the base Xbox One.

Basically if Microsoft couldn't own it, they're fans couldn't play it. crytek didn't want to relinquish the IP rights and I don't blame them either.

What the fuck? Why wouldn't Microsoft want a great game to come to Xbox One? Why can't they just let it come out and not own the IP? I knew Cryengine was nothing to trifle with.

It wasn't that simple. Crytek was disappointed by the sales of Ryse and that was the main reason the sequel was put on the backburner. However Microsoft did try to by it from them but they refused to sell it. Unfortunately early reviewers were too busy hating on Microsoft and Xbox for anything and everything and review bombed what was actually one of the best single player stories of the current generation. I'd love to see it make a return in some for or another.

One of the best single player stories of the current generation is pushing it, and this is coming from someone who actually enjoyed the game.

Is it Crytek or Microsoft that own the Ryse IP?

From wiki:
According to Crytek, Ryse: Son of Rome was not a "one-off" title and would serve as the beginning of a new franchise. However, several reports claimed that Ryse 2 was cancelled because of a conflict between Crytek and Microsoft over who would own the rights to the franchise. In exchange for funding Ryse 2's development, Microsoft wanted to take over the Ryse intellectual property. Crytek would not agree to these terms, so the project was cancelled. Despite this, Ryse is still an intellectual property owned by Crytek.

Yessir. Ryse Again: Son’s of Rome! Put in the bag, thank you

It was a good game. A bit short unfortunately.

It was average, and very lacklustre. Not something you'd spend time doing a sequel to when you could work on a new, hopefully better IP

I beat Ryse a few months ago and as a game it was pretty awful. I'd imagine people that have fond memories of it are just blinded by their old XBox "fanboy" mentality or were just blown away by the graphics at the time. Gameplay was terrible though and I'm sure anybody that tries it today would agree aha. What you'll be doing the entire time is running forward and hack'n'slashing the same combos on the same couple enemy types over and over and over until the game ends. Each kill gives you a quicktime event where the enemies glow a button colour to finish off them off in 3-ish hits and you'll be fighting thousands of enemies - meaning thousands of quicktime events. If that sounds up your alley then sweet but it's worse.

It was so extraordinarily boring and mindless and easy and repetitive. If it had a good story it could have had something but it reaaaally didn't. Not sure why they'd make another one lmao

Ryse wasn't lackluster, and it wasn't a good game either. It was a game that had potential, but struggled because it was conceptually a Kinect Game first, before being transitioned into a XBO launch title.

So it was EXTREMELY linear almost to the point of being on rails still, at a time when things were transitioning to more open level games. The game was quite short. And it was a tad generic.

But all of this was due to the constraints of the original development, and even with that, the game had some strong positives as well. It was one of the best-looking games on Xbox One the entire generation, it actually told its story well, the combat while repetitive worked, and it was actually a pretty well put together game, fun, and had the potential to be much more.

Now take that formula of what worked, invest more time and money into it, make the scale larger, and use the benefits of CryEngines new features and you have a great looking game that's also a good game.

That game definitely had it's share of faults, but it had SO much untapped potential and looked lovely too!

Robinson 2 and crysis VR would be amazing on ps5. I hope the new Ryse is actually good and comes to ps5.

Crysis 4 would be excellent, hopefully akin to crysis 2 with a new orchestra soundtrack and a good length srory

I don't think Crytek has the budget or talent to create a new Crysis, for now.

Robinson 2 for VR I’m interested in , it needs some work over the first game but it could be great

Enjoyed Ryse i actually finished it which i can not say for many games this gen.

Become the Reaper in Season of the Haunted in Destiny 2