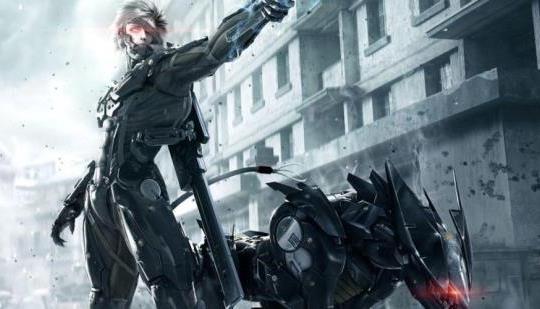 Despite the fact that Metal Gear Rising is in a different genre made by a different company, it's still a more faithful Metal Gear game than MGSV was.

Adhttps://www.releases.com/?utm_source=n4g&utm_medium=native&utm_campaign=c1
- Comments (10)+ Comments (10)
TopNewestOldest
Expand all
The story is too old to be commented.

Had a total blast with this game it's really awesome,though short. I hope we get a sequel eventually, it needs to happen.

I know most people likes the Platinum's version aka MGR:Revengeance.
But very few people remembers Kojima Production's own original version: Metal Gear Solid Rising.
I was absolutely blown away by its reveal at E3 2010. Liked the gameplay and the presentation.
So I got pretty disappointed when it got cancelled and Platinum took over and made their own version of it.
I recall the original being the perfect action style. Suited the MGS tempo.
Revengeance felt different to me. Hence I never played it. I've heard its good but well my hype for the original was too much.

for what I recall, Kojima production's couldn't find a way to make stealth, action and cut through anything mix well in a game. in fact I don't remember they even were able to show stealth in the trailers beside cutscene.

Console architecture didn't permitted the gameplay style that time.
Guess they can re-think for next-gen?

I remember it well. The story was supposed to be between MGS 2 and 4.

Was nice to see Jack the Ripper come out. Lordy was it needed vs the Senator!

Very disappointed that the first comment was not "Nanomachines, Son."

If only 1 of these 2 games could exist... I'd take MGSV over revegeance everyday.

I liked revegeance...but...over mgsV? No chance

Loved this game! The break dance move was my favorite.

Haha this is tooooo funny