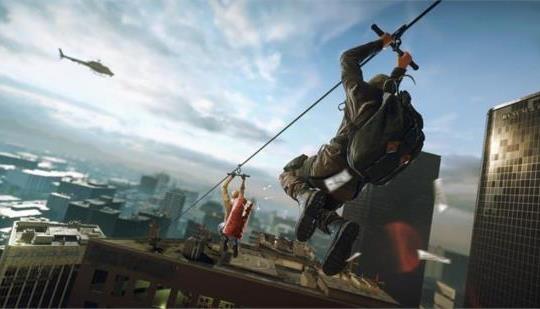 Paul writes: "In my book - a book with lots of pictures and big, easy to understand words - there are two types of gamers on this planet. There are those who know, deep down in their hearts, that the Battlefield series of games are better than the juggernaut that is Call of Duty, and those that are wrong. However, that isn't to say that all Battlefield games are masterpieces, and the game I'm casting my mind back to now is one of those difficult titles that tried to move away from the established Battlefield formula, attempting something new. Now, change can be a good thing, and without innovation there is no evolution, but was EA's gamble on Battlefield Hardline a good one?"

thexboxhub.com
- Comments (1)+ Comments (1)
TopNewestOldest
The story is too old to be commented.

Played the hell out of this game. Way better than it was given credit for. Too bad hackers and cheaters ruined the multiplayer.

The Life & Death of the Season Pass

Battlefield Hardline Almost Had Ninjas According to Dev Concept Art