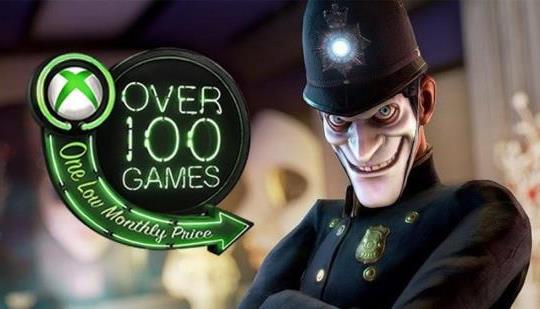 The developers of We Happy Few, Compulsion Games, commented that trying to maintain creativity at Microsoft isn't as hard as people think thanks to the leadership that understands the importance of creative games.

Overall, they've had a positive experience so far.

Still have to play this game

It's on XGP I think

I think every new studio acquisition at XGS has come out and spoke about how they are able to retain creative freedom. This is good news to hear...looking forward to their next project.

@captaintravel
"You also said Ninja Theory is an indie developer and many other unflattering comments."

That's my opinion. A lot of their past games feels unfinished or missing depth. I thought DMC was their best game

I prefer how Tim Schafer expressed it.

Yeah, his onstage bit with Matt Booty about working on Office was funny as hell.

Rare? Let's be honest, under Microsoft Rare aren't what they were. Also what about the Fable devs?

MS has been very hands off this gen and that will continue on into next gen. They want the studios to deliver the best of their ideas without "micro" managing.

yeah i hope they dont make good studios work on gimmicky things then close them down like lionhead studios and sony with evolution studios, that fable kinect and Psvr Rigs/Driveclub vr .... i really hope if Dreams doesnt sell that sony will keep Media Molecule i loved the little big planet games but so far the games in dreams feel a little unfinished

Well luckily they don't seem to have any gimmicks yet like a Kinect for this gen. Seems like they are more focused on their content delivery through the services and need big and small devs to provide a constant stream of games.

Lionhead was one of those situations where maybe MS should have had more of a hand in reigning in creativity. Molyneux is kind of one of those people who doesnt set limits on his own expectations based on what's actually possible to accomplish

He left Microsoft after Mattrick "forced" him into making a Fable Kinect game! After his departure Lionhead couldn´t create nothing relevant or very exciting. I think Playground will be a better studio than Lionhead ever could be without Molyneux.

I know Lionhead was vocal about MS wanting a specific Fable from them, the Kinect one and then the 4 vs 1 Fable that got cancelled. And they even pitched a darker more mature Fable game to MS that they rejected in order for them to work on the ones I mentioned.

Yeah, I feel like MS has changed a lot with this new leadership though. Seems like all their devs are expressing they have creative freedom. You see The Coalition being able to expand Gears in new ways with Tactics, Pop, and even change up Gears 5 formula a bit.

I'm hoping we see 343 expand a bit and do some side stuff outside of Chief after Infinite.

The leadership was the same. Lionhead studios was still under Phils management but after the game awards they've taken the right step. We'll see how it goes

Yeah but we are talking about the present though, and MS had learnt a lot from their past.

I mean, if you have to ask “like what?” then I don’t think you have actually been following any news at all.

It will come down to how successful their first games are under new management. If they turn out to not be games that increases Microsoft's Game Pass subscriptions, because that's the overall goal, that hands off approach will not last long.

They'll find out how much hands on Microsoft can be. And there will be nothing they can do about it but live with it or leave the company.

If the games are successful, then that hands off will continue. They're still on probation.

thats what im thinking , Sea of Theives and We Happy Few werent that great, well to sell there service-
The Outer Worlds and Minecraft and Ninja Theorys Games look like theyre going to do Well, im Jealous that they managed to snag up Obsidian and Ninja Theory
I Loved Enslaved Odessey to the West and Heavenly Sword , i Hope Sony Buys Remedy , i feel like they still have something really special to make ,
Max Payne 1 and 2 are always on my top favorite games list

Yeah. I liked and still have Heavenly Sword. Kai was awesome.

I loved Max Payne. I was tempted yesterday to buy it for $8 on the holiday sale. Would have been nice if they had cleaned it up. Still debating. Remedy will end up in someone's hands. We just don't know which company will snag them.

Thats so weird and hard to believe tbh...the arm chair engineers and creative directors on N4G clearly know more and they said Microsoft is where studios to to die....so someones gotta be lying

I think it's not so much that MS will tell them to change the game on a major creative level. But like most publishers or producers, they wouldnt be completely hands off, and in some cases take a good idea, feature, or content, and tell the studio to monetize it in some way.

But that's a problem with the industry in general, and it's not always the case, but there are some pretty obvious examples of it happening....like EA with mass effect 3. I dont know if MS has anything as egregious as that though. A lot of any monetization probably comes from add on to the original design.

Problem with discussions like this is there are a lot of ways to define creative freedom, and once one defines it themselves, they dont tend to look past that.

As an hypothetical, I doubt MS would go in and tell Ninja theory to make HB2 like GOW. I think they wouldnt say no if NT wanted to make it like GOW. But, I can see ms say something like, "let's add some of this side stuff here that we can charge for", even if it goes against the original design.

Again though, that's common in the industry.

MS as a publisher and producer is going to request changes, additions, or subtractions to any design though. That's just what they do, and again, MS isnt completely hands off. Most developers left to their own devices make mistakes. Even ND has a producer which makes sure things stay on track

Hmm... No MTs on Gears Tactics, Wastland 3 or Age of Empires 4. Seems pretty "hands off" to me.

Oddly, you don´t show up on those articles.

So, you see my comment as an attack on MS? Despite me mentioning several times that this is an industry wide thing. So, you run to say how I'm wrong about MS....because you can't bother to read and comprehend.

Maybe read the context. I'm actually saying that creative freedom doesn't mean complete freedom to make whatever someone wants. That doesn't happen except in studios which self fund. The producer can, and often does alter creative vision based on investor demand. That's what the producer does. MS is a producer. Sony is a producer. All 3rd party publishers are producers. Some producers aren't affiliated with publishers, but work with publishers to get a game out there.

There isn't a single game made outside self funded indies that doesn't have the producer asking for something. Not even from Sony....which I also pointed out.

So, instead of rushing to defend MS, and try to say how I'm wrong with your useless comments trying to show I don't know what I'm talking about, maybe learn some reading comprehension, and I don't criticize MS where I don't feel it's due. I'm not going to hold them accountable to matters that are industry wide and just the way its done across the board.

It may seem hands off to you, because you didn't comprehend what I was saying, and have a narrow view of what "hands off" means. MS isn't funding multi-million dollar projects without having a say into it's production.

I am looking forward to a narrative driven experience from Compulsion games.

Maybe because Microsoft doesn't think twice if an idea for a game is good or not, just as long as they can throw it on gamepass, day one, they are fine with that...which might explain why 90% of the games on gamepass seem so unappealing.

It actually benefits Microsoft to have compelling games to play for first party. Sure, any first party games will be put on XGP #DayOne, but first party games will be how they sell subscriptions and KEEP gamers on XGP...that is key. XGP success will rise or fall depending on the quality of their games. If their quality is great, subscriptions will rise...if their quality is crap, subscriptions will drop. So for them to care about quality only makes sense...I mean if they didn't care then they wouldn't have gone on to acquire so many in so short a time.

We Happy Few is jank. I hope for their next one they maintain some kind of quality. 60 usd for what they put out was a ripoff.

I don't believe these type of comments from first party studios. Wonder how all that creative freedom worked out for Scalebound

We Happy Few is one of the most underrated games I have ever played. I heard it had issues at launch. I played it about 9 mos after it came out and I have to say, it is a very good game and well worth a playthrough.

Make a good game next time though!

Should have just said 'not hard at all' if they wanted to get their point across....I mean, saying 'not as hard as people think' implies it is still hard in some respects?

Agree 0Disagree 0
▼✖-+
SPAMInappropriate
Show all comments (52)
The story is too old to be commented.
70°