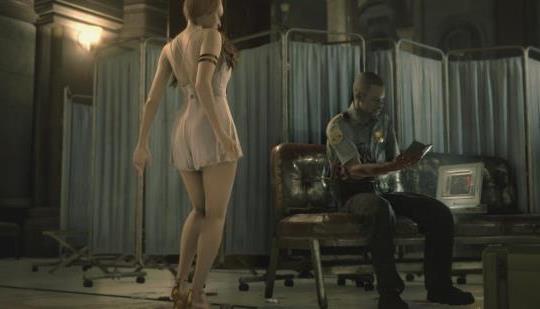 NoobFeed writes - Sometimes you just want to be scared senseless. Having an experience where you're constantly on edge and want to shut off the game. That's where horror games come in, creating a jittery atmosphere where every action is heightened because of that stress. Here is NoobFeed's best horror game of 2019.

Blair witch project was good too

Did you think the second one was better than the first?

I went in with no expectations suspecting they couldn't surpass the first but...I was amazed to find out that they did! Everything has been improved in the sequel. The jump scares feel fresh-ish, the atmosphere is even more claustrophobic and tense than before. The writing is head and shoulders above the first.

I just remembered I bought man of Medan and never played it lmao. Thanks for the reminder.

Just to bring it up, I really liked Days Gone a lot. But.... it never feels like horror although it's scary in many parts. More like stress and tension over horror fear though.

Especially when Hordes come. I liked the challenge though

Man of Madan being multiplatform did wonders for the game. It sold exceptionally well being on different platforms and a wider audience got to play the game instead of it being locked to one console.

With the way each console player base bought the game I can see a bright future for Supermassive. Real sales explosion.

Edit: "During its first week on sale, 81% of the game's retail copies were sold on PlayStation 4, versus 19% on Xbox One. However, Man of Medan didn't reach the same level of physical sales in comparison to Supermassive's 2015 title Until Dawn, selling 61% fewer physical copies at launch than the PlayStation 4 exclusive."

Edit2: Not sure I'd this is true but saw this on reddit. "The PS4 and Xbox One title sold 58.7 per cent less copies than Remedy’s previous title, Xbox One exclusive Quantum Break."

It was a thirty dollar multiplatform game and still sis not sell as well as an exclusive sixty dollar game by the same company, yikes.

I gotta say RE2 remake took it for me. It's even more special if you were around in 1997.

Resident Evil 2, 3, 7, and 8 Cloud Versions Headed to Switch This Year

Man of Medan and Little Hope Have Been Rated for PS5