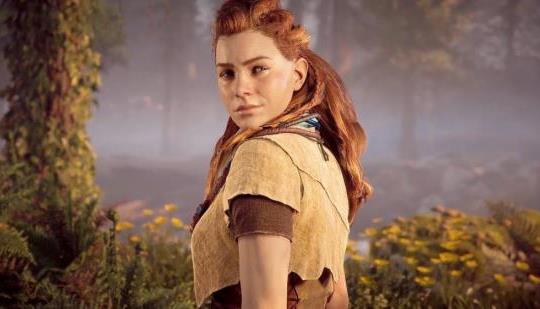 Adhttps://store.steampowered.com/app/1488200/Symphony_of_War_The_Nephilim_Saga/?utm_source=n4g&utm_medium=native&utm_campaign=sow_n4g_native&utm_content=png
- Comments (50)+ Comments (50)
TopNewestOldest
Expand all
The story is too old to be commented.

Can't wait to see what Guerrilla has been working on for the last four years.

Agreed, can't wait to play it!

As long as I get a killzone I'm fine.
Platinumed every single one since kz2

One of their teams is rumoured to be working on a Socom reboot and the other is most likely working on Horizon 2.

Don’t know why you’re getting downvoted. I heard guerilla games are making socom too

I'd love a Killzone 2 remake, too

I'd rather a new Killzone in the style and feel of Killzone 2.

You know what you talking about! GG!

I wished they would bring killzone 2 in VR

Or a killzone back to the roots with kz2 inspired multiplayer..

This game was ahead of this time! Enemy AI, graphic was mindblowing at the time!

And the different death animations.. Epic game in every way

I can't wait to to see and play Horizon Zero Dawn 2.

I have a feeling that the game world will be gargantuan. I remember reading that originally horizon zero dawn had cooperative gameplay and the game world was 50 times bigger. Freaking massive. I think with the power of the ps5 they might go all out.

I cannot wait until HZD2, HZD is my GOTG so far.

BTW who is always the loser downvoting every comment???, get a damn life.

Mate seriously don't worry about it, it's a small downward arrow, getting vocal about it just feeds into what they want.

They just want to upset others.

Millennials lose their minds over that little arrow.
Care to think what GenX think about that arrow?

Very true mate, just knowing that they are so invested in plastic wars they use their spare time to downvote every comment is so sad.

I want Horizon 2 as a PS5 launch title.

Nah I rather them get more familiar with PS5, then release as a launch title.

Got a Pro as of the last month or so, and I loved the game.

I'd love to see a brand new IP from Guerilla games. I'm sure they can come up with something amazing.

If they are becoming more diverse, you just might get that. (but after HZD2 for sure)

Such a great game. I need to get back and finish it.

I would love a new KillZone.

Give me a four campaign with four different characters, just like the first Killzone. Three guns with alt fire capability, same as the original. Next five me the weightless and movement of Killzone2. I know some also liked the movement from KZ3 but I don't know if the two different ways of movement and weight could work together. Unless KZ2 players are considered the tanks, while KZ3 players would be the rifle men and stealth assassins.

Killzone:SF was good, but it was very safe compared to the others so I really have nothing to add from that game, except maybe the like owl gadget which could dispense ropes to climb and retrieve bullets and guns.

Never played the PSP or Vita Killzones so I can't speak on them.

Sadly, this seems like Sony's priority for the future. Diversity.

Make a good game...hire people that do the job well.

Always someone who tries harder than the rest.

How about a killzone collection to hold us fans over. One would take a full remaster to bring it up to modern times but 2 and 3 should be easier. Then give shadows fall a pro patch. Anyway it’s go to hear the team is evolving because I’m a big fan

Giving away the decima engine to Kojima productions certainly helped with this.

I'm still waiting for the Killzone Shadowfall sequel, that bullet has been stuck in mid-air for 6 years!!!