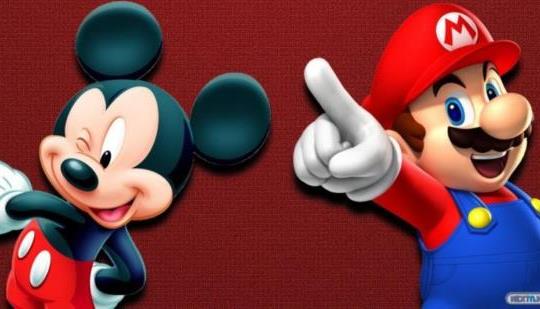 Miyamoto Explains Why Nintendo Will Never Be Bigger Than Disney

When it comes to gaming, Nintendo is often considered the "Disney" of the medium. After all, no other video game publisher has the same diverse number of properties that appeal to such wide demographics.

From Mario to Zelda, Splatoon to Animal Crossing, Metroid to Star Fox, the company has created some of the most iconic characters in popular culture. If Mario is somewhat akin to Mickey Mouse, then Shigeru Miyamoto would be Nintendo's Walt Disney. The iconic developer has been with Nintendo since 1977, and has had a hand in nearly every major property created by the company, since.

As Nintendo's current "Creative Fellow," Miyamoto is a huge part of the company's storied history, but he also has a huge role to play in the company's future direction. And Miyamoto clearly has his sights set on where things have to go moving forward.

Because some parents don't want their kids to play video games but they are OK for them to watch Disney.

And technically because Disney just buys everything. They're always going to get bigger and bigger.

The companies are fundamentally different when it comes to production philosophies in their respective fields. Disney makes high production value motion pictures and other things for great quality. Nintendo makes low quality devices and low quality games that are way below their competitors.

Wait, Nintendo are going after the kiddie market?

@SilverHawk - you need to try harder my friend.

@_SilverHawk_
Hardware is debatable, but Nintendo does makes the highest rated games in the industry.

They are basically the same at their core right now, which is recycling the same old stuff with cookie cutter story and charging full price

You also offer the cutest of bait <3

“ Nintendo makes low quality devices and low quality games that are way below their competitors.”

That is the most idiotic comment I have seen all day. Bravo to you sir.

And thank god for that .. please Miyamoto don't even put yourself in the same sentence with Disney.

You mean releasing sequels And spinoffs every single year?

Yes, please Nintendo don’t do that.

2K, EA, Ubisoft, and Activision are all down the hall.

Name me the last sequel Nintendo released one year after the previous entry.

"2K, EA, Ubisoft, and Activision are all down the hall"

Yeah and we all criticise them fairly

Talk about Nintendo and you'll get your dick chopped off.

Well Assassins Creed and the like aren't yearly now but they all follow roughly the same formula.

Or how about new their new IP? Yeah, those doesn’t exist right?

They already do.
They're just a bit sneakier about it. Look at Zelda. We have had a new Zelda or Mario of some sort pretty much every year since the Switch launched.

yeah...Pokemon is a yearly franchise now. actually has been for awhile but fanboys don't want to admit it.

Fanboys don't want to admit it? You mean there wasn't JUST a giant controversy about the quality of SwSh that split the fan community in two?

nah...Pokemon fanboys are the biggest apologist EVER! for them, there are only 2 groups:

1) True Pokemon fans who appreciate the game as it is and determine that Swors&Shield are one of the best game this year and best Pokemon game EVER! (you can quote IGN review for this LOL)

“ nah...Pokemon fanboys are the biggest apologist EVER! for them, there are only 2 groups”

Thanks god you speak for the whole Pokemon community. What shall we ever do without you.

I’m fairly shocked Disney hasn’t bought Nintendo yet. I mean they basically own every other pop culture IP from my childhood...

Nintendo turned down Microsoft’s offer of being bought for $25 billion. What makes you think they’d ever sell out, especially to Disney?

They only turned it down due to direction they thought Microsoft would take the brand. Any business can be bought (over taken over). If you would have told me a single company would own Fox, Marvel, and LucasStudios 10yrs ago, I’d probably say there’s no way... but yet here we are.

FFS, why should every company in the world be owned by a tiny handful of mega-corporations. People don't want diversity or what? Disney shouldn't own Marvel or Star Wars, those IPs don't have anything to do in their portfolio next to Mickey Mouse and Sleeping Beauty. I'd say, even Pixar is a stretch.
And this is coming from someone who used to be a Disney fanboy as a kid, who had a blast reading the MM and Uncle Scrooge comic books and watching the Duck Tails and Rescue Rangers shows on TV on sunday mornings and even the Disney Channel (with the live version of Winnie the pooh and stuff, lol), and playing their NES games after that.
But that has got to stop. At that pace the Walt Disney company will own oil companies and whatnot, dammit.

They couldn't even if they wanted to. Nintendo is essentially a family run business and the stocks are locked up in such a way that a hostile takeover would prove to be really costly and difficult. to achieve.

They absolutely could, and almost did. Now I don’t ever want it to happen, but any company especially if ever in a negative financial position, can be bought. And I do not believe Disney would ever be above a hostile takeover.

The arrogance of Nintendo to even make a comparison is outrageous. For Nintendo to compare itself to a mega conglomerate that owns ABC, FOX, Marvel, Star Wars, theme parks etc. and act as if the only reason they aren't as big is because some people don't play video games is absurd. Keep dreaming Miyamoto. The fans on N4G love Nintendo and so do people in Japan, but ask anyone on street if they own a switch and 99% will say they own a PS4 or Xbox instead. Nintendo's laughable online via a cell phone, no achievements, terrible performance for multiplatform games and overpriced peripherals keep them niche. The only reason sales for the Switch didn't tank is because it released years after PS4 and Xbox One. If it came out at the same time as they did it would've been wiped out just like Wii U. Keep bending over Nintendo Fans. Mario Party 55 and Super Smash Bros 20 are coming soon!

i can't agree more, it's the pure truth

“ but ask anyone on street if they own a switch and 99% will say they own a PS4 or Xbox instead. ”

Or maybe, just maybe, because the PS4/Xbox One is on the market way long before the Switch?

Because Disney has no respect for itself, and will buy any and everything, while degrading their beloved animations, with live action bs, all for the sake of sucking money.

`Disney may be a bigger company with more money than Nintendo but when it comes to video games Nintendo games are better including selling bigger than any Disney video games.

I don't play Nintendo games but I agree. The only current Disney games that have done well are the KH games & the Star Wars games. Nintendo slaughters Disney in the video games dept.

Nintendo dont appeal to a wide demographic though. They dont make 18 plus games. ts pretty much kids games that yes adults can enjoy but no actual adult games.

Except you're making the false assumption that adults only enjoy games made to be 18+.

if nintendo wants to beat disney they need to start making movies and tv shows. A mario tv show would be cool with cool powers and new weapons

That should be obvious. Does Miyamoto realize how many fields of entertainment that Disney has their hands in?

Disney will always have the advantage for one their brand is recognizable world wide, outside of Mario you would be hard pressed to find many characters that many people not interested in video games would recognize. Also movies are an established medium vs video games which are a huge part of Disney. IMO I don't think it's as simple as saying because some parents don't want their kids playing video games.

At one point about a decade ago I think they were. They were bigger than Toyota. But Disney and Nintendo are completely different companies. One is a media company the other one is basically a toy company.

oh nintendo, you are on the same league as disney don't worry, you are both despicable assholes.

And why is that?

They might always stay bigger than Ninty, but they'll also always be more cynical, less trusted and less fun ;)

Nintendo may never be as big as Disney, but there's no denying that Mario has reached worldwide recognition that rivals that of Mickey's.

I think once Miyamoto retire or died. Nintendo are doomed. They heavily rely too much on him to keep Nintendo going. He's the heart & mind of Nintendo. Nintendo will be another soul-less company once he's gone.

Lock 'em up - Prison Simulator is on Xbox