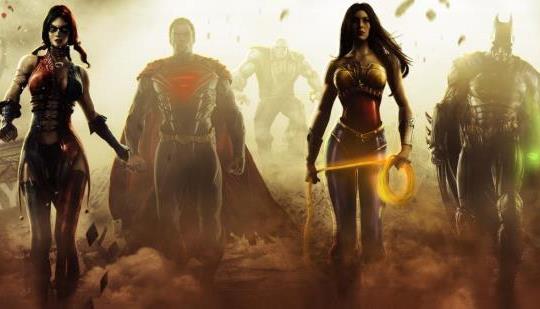 Lewis writes: "With Square Enix presenting gameplay of the new Avengers game at E3 2019 and with the release of Sony’s Spider-man on PS4 last year it is fair to say we may be heading into a new golden age of Superhero games on consoles. While watching the videos that were released of the new title, I began thinking about Superhero games that I had enjoyed over the last 10 years since Arkham Asylum’s release. I remembered there were a number of them that surprised me with how good they actually were and after looking online and speaking to friends discovered they had little fanfare, or people simply wrote them off for being movie tie-ins despite some being reviewed well.
I wanted to speak to you all about just a handful of these titles so that they may get some of the recognition they deserve, but also so you can enjoy some hidden gems of the genre."

Adhttps://store.steampowered.com/app/1488200/Symphony_of_War_The_Nephilim_Saga/?utm_source=n4g&utm_medium=native&utm_campaign=sow_n4g_native&utm_content=png
- Comments (0)+ Comments (0)
TopNewestOldest
The story is too old to be commented.
100°1

With Jackman's Wolverine coming back to movies, it's the ideal time to play the best Wolverine game

Every Spider-Man Game EVER Ranked From Worst to Best

What Made X-Men Origins: Wolverine The Game Great?