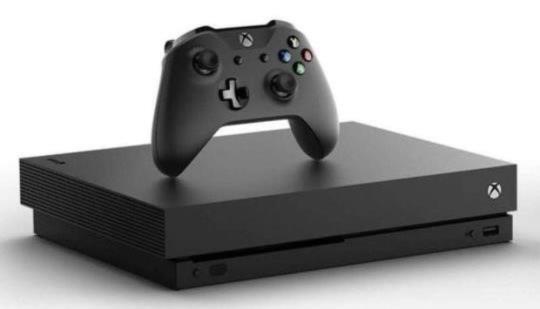 Still the best value in gaming

Are you being serious? I recently subscribed to the Xbox Game Pass because I got it for cheap and wanted to try it out. There are only a handful of games (less than 5) worth playing at the moment. It's a neat idea but the execution is severely lacking.

I subbed when it was on sale last year for $70 for the year. For that $70 i got Forza Horizon 4, which would cost me $79.99, on launch day, plus a tonne of other games. Now when gears 5 launches and the new Ori, i will have 3 games that would have cost me $200+ and all of the other games, plus new indies, plus games like Just Cause 4, the entire Tomb Raider Reboot trilogy, and then some. Yeah i’m serious.

Name a better deal in gaming. Go ahead I’ll wait.

Kornholic its the best value in gaming. You would know if you had it.

I just gave you 5 games that are all worth playing and add up to just under $200. That pays for well over a year of the subscription on just these 5 games alone. You can of course argue that a couple of these games don't interest you, but these are pretty universally enjoyed games.

"Are YOU being serious" is the pertinent question. If you "recently subscribed" to Game Pass then you took advantage of the $1 for the 1st month promotion. For that tidy sum you received access to the following games:

if you can't find value in the Game Pass program then you're probably trying really hard not to like it.

If you guys want to talk about value of games on consoles, PS Plus is the best value in gaming.

Even PSNow is better than Gamepass.

A year of PSnow and Plus is $160 standard price. Only $40 more than a year of Gamepass and you get a shit ton more of games.

If you find less than 5 worth playing then maybe you are into the wrong hobby.

“Even PSNow is better than Gamepass”

Humble Bundle is a pretty great deal much of the time. It's not always available for consoles though, and if you like what it has can be hit or miss.

Both are great deals though. But they offer different kinds of services.

To be fair, pretty much every game is worth playing even if it may not look appealing. The service is basically a buffet and you pay one price and everything there should be sampled.

This is where demos should come back. That way you arent committing a huge amount of space for something you might not like. You just never know unless you try.

You're a liar... There's almost 200 games in there including most of MS 1st parties and a lot of AAAs and you're telling me you can't find more than 5 that are worth playing?

off the top of my head.

And a lot more.

Now the only argument you have is Gamepass gets some titles quicker. It's true. Mostly terrible first party games that were complete duds. A couple hit games, that's it.

It's a pretty good deal, but it would be even better If they could step up the AAA a little more. My problem (and it's my problem) is that I've played most of these games. I buy a lot of games so there's rarely a great game on GP that I haven't already played.

I think your problem is one of privilege. Good for you that you have the money to afford most games during the launch window. At least it sounds that way because you allegedly played most of the games on Game Pass. Either you have one helluva game library or you have a Gamefly account.
Now let's take this problem a little further. It sounds like you spent a ton of money on games that you wanted to play. I guess you never had buyers remorse. Well guess what sounds like a good option for a hardcore gamer like yourself. You could subscribe to Game Pass for only 30 days to play a title you may have missed out on for $10. But wait, here's the best part. Waiiiiiiiiiit fooor itttttt. Drum beat. It's optional!

When people say silly stuff like there is not a lot of games or good games on gampass they are one of 2 things.

A Microsoft hater, because MS has personally ruined their life(that is the only reason I could see to hate so hard)

or because they have very limited/narrow variety of games that they like...because when I browse gampass , I'm amazed at how much quality titles are included.

There's just so many, I don't even know what to play next. I never had so many games to play in my life.

I feel that it's almost overwhelming. It's like ordering more food than you can it in one sitting. You take it home and put it in the refrigerator (xbox one storage) with the intention of eating it later but never get around to eating it (downloaded game you intend to play later) because a new prepared dish is ready to be eaten (hmm..that looks interesting, I'll download another game). You think to yourself, it's been like 3 days since I've put that togo box in the fridge (that game I downloaded a few weeks never got played, but I am really into this game that I downloaded today). I just don't have room for it because I'm eating fresher meals every day (fresh titles keep popping up on Game Pass). Day 6 has come and now you're super hungry (I've finally finished playing the game that's been occupying my Xbox playtime the pass several weeks). That to go box (downloaded game from several weeks ago) is starting to sound really good right now. You look for it, but it's no longer there (the game has left Game Pass). Someone has cleaned out the fridge to make room for new food (These are titles leaving Game Pass, and these are the titles coming to Gamepass). Damn, you should have eaten that food (played that game while it was still in the Gamepass library) while it was still available.

Lol, well said , nice analogy.
I haven't had that "I should have played it when it was still available" moment yet personally. But now I am thinking about it and i'm starting to feel the pressure lol.

Blazing Chrome and After party look fantastic to my liking, this just keeps getting better.