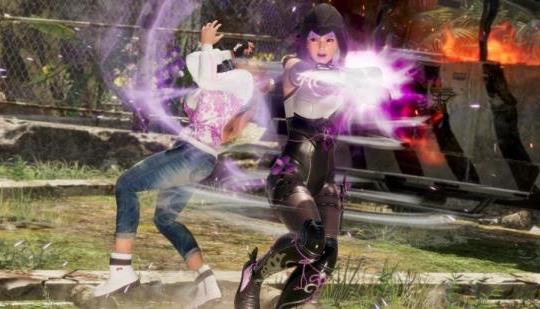 Polygon: The Dead or Alive series is its own worst enemy. The two-decade-old franchise has been an enjoyable, easy-to-pick-up fighter built around an intuitive fighting system. But its focus on flashy moves and presentation also regrettably and irrevocably ties the series to its oversexualized aesthetic. Dead or Alive is notorious for its big-breasted — and more recently, creepily very young — female fighters and the exaggerated physics engine used to make their virtual flesh bounce.

It's a well written review, it doesn't focus on the sexuality aspects that's false... I mean you complain about the article and you didn't even read it, and I don't mean in depth... just casual reading and you would see that the guy is talking about all the aspects of the game.

yah you are just wrong Fluttershy77, the first intro of the review is polygon complaining about the sexuality of women... which men find attractive. They should probably have Gillette advertise on their site.

Polygon.. remember that before you guys take this seriously, this game needs more bouncy boobs.

These sites....they make it so easy to not click on their articles. Sexuality is still a big thing in this game then? Good for them!

This is one of the many examples of why gamers are sick of traditional games media.

Sky is blue, water is wet, polygon complains about sexualisation

lol I clicked this just because I wanted to see polygons hypocrisy and go into sjw review mode. Ultra violence OK! Left Wing Politicking OK!, anything else BAD!!!

As soon as Inread Polygon I didn’t even bother clicking the link.

While Dead or Alive Is Taking a Break, Fan Support Encourages Developers to Do More

Dead or Alive 6 Getting Cute NiCO Figure by Wonderful Works

The Devil in Me review - Movie Homage Plays it Safe | TechStomper