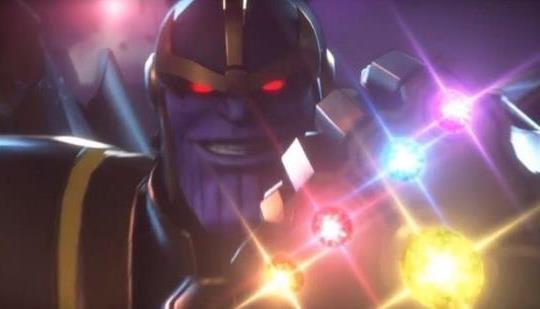 Why Marvel Ultimate Alliance Is the Ultimate Comic Game

The Marvel Ultimate Alliance games appeal to hardcore comic nerds and beat'em up fans alike. Hopefully the next one keeps it going.

“My fear is that the game will suffer a similar fate as the one seen by Marvel vs. Capcom: Infinite. That games roster was slimmed down from its predecessor, and the heroes featured in the game were primarily pulled from the extraordinarily popular Marvel Cinematic Universe.”

Yeah that’s my biggest gripe. You don’t even see any of the Fantastic Four when they already played major roles in the first two titles, whereas the entire Guardians of the Galaxy cast had been prominently featured instead.

The X-Men Legends and Marvel Ultimate Alliance series were both heavily influenced by the comics, yet the third MUA is influenced way too much by the MCU and takes away from the identity this series already had in the same way MvC:I’s identity got diluted by trying way to hard to appea to the MCU crowd rather than its series’ longtime fans.

Featuring Wolverine is a nice start, but it seems like a token gesture considering there hasn’t been any other famous X-Men characters shown off.

from the first trailer, most of the character models are taken from the MCU. that's not promising at all

at least wolverine is there, though

The first trailer alone just spells out how influenced by the MCU this game will be. Even the main plot is MCU inspired. Not saying that characters like Fantastic Four won’t appear, but I wouldn’t hold my breath

I think this series is awesome, I loved them on ps3. I only wish it wasnt switch exclusive. I know the switch people will buy it up, but the ps4 install base alone should have been enough to entice them. I think ive read nintendo has a hand with this game so if true it is what it is.

Nintendo is publishing it, if I am not mistaken. Just like Sony helped in the creation of Spiderman, Nintendo is doing the same here. Such is business.

I thought so thats why I mentioned it. I thought I had read that around the time it was announced.

Sony got Spiderman. Nintendo got Alliance. Both fully funded by those respected companies. Without exclusive deals, you get irrelevancy like Xbox loose definition of the word exclusive.

I haven't played the previous two games but I do know alot of people love them and considered them a classic.

I'm not gonna lie, if it weren't for the Nintendo Switch logo before showing the game off at the game awards my first thought would have been "This is a mobile game" . Graphically, I thought it was pretty bad looking. The cutscenes were nicely done, but the in-game was just......... ugh. Not trying to sound like a downer and that graphics mean everything, but nothing really stood out or impressed me about the game's trailer other than that it is back as an exclusive (which quite frankly I couldn't care less about).

Graphics goes back to cartoon style........even past games did not have realistic graphics it was cartoon

Always liked the X-Men Legends and Ultimate Alliance games, really wish we could get a good DC game in a similar style.

More of a DC guy but i agree with you

Looks good so far to me I played the second one on the Wii with some friends when I was younger and enjoyed it.

A Trek to the Past: 21 Best PlayStation 2 Co-Op Games

Top 10 Xbox 360 Games That Need to be Backward Compatible

Shadow of Doom is Now Available in Marvel Ultimate Alliance 3