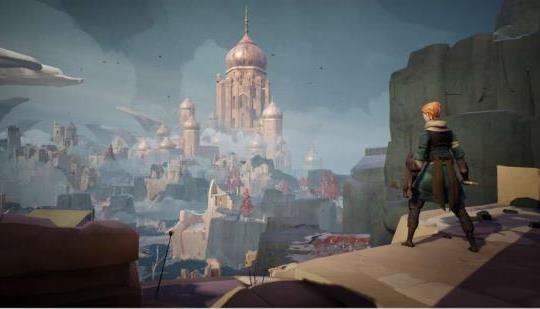 Ashen debuts on Xbox One via Xbox Game Pass

Neil writes: "Xbox Game Pass has turned itself around massively in the last few months, going from a program that would only appeal to a small selection of gamers, to a near-on essential subscription. Today we see its numbers increase again as Ashen on Xbox One launches - making the most of the Game Pass in the process."

Gamepass is looking better every day :)

Then don’t get it?

Odd how ashen isn't getting more review scores on n4g. It must be doing well.

Too little too late for Xbox. That's the sentiment around here. I don't see Xbox redeeming itself this gen or next gen. Honestly, I don't know why Xbox articles are even posted here as they cause more negativity than positive news. It's bad for the industry in general and creates the perception of console wars. No one in Europe or Asia buy Xbox. The brand is no longer relevant in the console space. I honestly think there should be a media blackout for Xbox in general unless it is being posted on a Xbox-only website as Xbox news seems to cause headaches for admins and mods of video game forums. There is no benefit.

This is a insane response lol, the logic and comment is completely utterly factually wrong but I digress

Yikes. to Kratos Konundrum comment.
Gonna try it tonight on the gamepass.

Some people just cant accept that Xbox is now really good and that they turned it around. We dont even get negative xbox articles anymore.

Cant wait to go home and play Mutant Year Zero and Ashen through Game Pass. Also got Devil May Cry 5 demo while getting ready for HellBlade to launch on Game Pass and Below coming also.

My Xbox One X is ready.

What the hell did I just read, my goodness...??

I would argue it is this attitude that is bad for gaming, rather than Xbox. It actually has plenty to offer.

Lol that's the sentiment around ps fanboy websites. But that is to be expected.

Shut your trap! Xbox is gonna have the best Games service out of the big 3 imo. And if they werent in the industry Playstation would be garbage! Most of what they do is to always stay ahead. And stealing Xbox ideas hahahaha!

I wasn't trying to insult Xbox owners or be insulting in general. So I apologize if you some of you took it that way. I'm a gaming enthusiast just like most of you here. So not only do I go onto N4G but I go to other places too to get my gaming news fix. Unfortunately, the overwhelming comments and user opinions surrounding Xbox are overtly negative. I'm talking 70% of Xbox comments are not favorable toward the brand nor its games or services. It's almost as if the Xbox brand is toxic. I'm not saying the actual brand itself is toxic but gamers response to the brand is, and I feel that any news surrounding Xbox invites trouble. Because Xbox is so behind Playstation, it'd be better for its users and the Xbox brand if video game websites either quarantine the news or just don't allow Xbox news to be published period until Xbox leaves the industry or cures what's causing the negativity. I wasn't trying to ruffle any feathers.

This is what happens when you surround yourself with negativity and/or only pay attention to certain people. You have people (and this goes for everything in life) who when they converse about specific things, the conversation revolves around jokes, clowning, and belittlement. That's just how they are. Especially when it comes to teams; think of it like how sports fans dog on one another.

There are legit problems with Xbox that get incredibly hyperbolized and that starts this high five piggy back-type back an forth. There are people who are able to discuss issues without resorting to this; pay attention to them as well, because in Xbox's case even though they've been unfortunately slow in some important areas, that is improving, while they have been drastically improving in other important areas.

There is an abundance of positivity that's deserved being talked about the system; unfortunately, as in this place, the hate is just often louder and reinforced by the high-fives of people who barely pay attention and only react. This is because they aren't or are barely a part of it's ecosystem, so it's natural in a sense, but again, they just choose to joke, clown, and belittle instead of looking outside of their already self confirmed perceptions.

Gotta day I agree Xbox has failed EPICALLY this gen. it’s embarrassing when gamers say any different and although I feel next gen will be more of a level playing field from all sides (hopefully with a good deal of exclusives from Microsoft unlike this gen. yikes) your comment is so overboard it’s pathetic haha get a grip mate, it’s still sold approx 30 mil😂

So you missed the concept of free to do what you want, eh? There are people all over this planet involved in hobbies far and wide, weird, mundane, exciting, and interesting covering every facet of life.

Each has websites and journals covering every little detail to some that only cover major themes, and ng4 xbox falls into that category. Your idea that banning free speech, free exploration, and the rights of others is appalling, so go troll somewhere else, or grow up and educate yourself.

it didnt have that much marketing.

After previous hype they went silent and just released it. That's unusual, hopefully the game is good.

ufc83
Ummm don't get to excited. On Medacritic what few gamers that did review it gave it a 7.0 and only 1 critic has reviewed it. With that said I'm playing it and though early in the game I've enjoyed it enough that I'll be back in game in a couple hrs seems fun so far to me. But, those that compared and call it SoulsBorne like are just silly it ain't.

User reviews? If you want real reviews from users check the xbox store reviews of the game(they only let people with the game review it which is as real as it gets and it has a ton of 5 stars) I like the multiplayer playing it right now

Will be playing this, Mutant Year Zero all this weekend.

Just started to download this to my One-S, looks cool.
Bit similar to Souls, but with a unique art style.

Too many games to play, too little time!

On my way home to play this now. Been waiting years for this and Game Pass to boot...you can't beat that.

I certainly was hopeful of the art style, but after taking a look at gameplay it played like a 10 year old game, animations, hits just floating out there, it kind of reminded me of what Skyrim would be with low polly count alpha development, even had some frame rate slowdowns.

The standered enemy was the exact same guy, and why does he just stand there on the edge, such a crappy concept. It just seems like a low budget knock off with nothing interesting. I have game pass so I'll check it out but my expectations are in the dump, but they can only go up so hopefully I'm surprised.

AA games only. this is the future? keep it and let me pay full price for AAA games please.

Five Games like Demon's Souls to Satisfy That Soulslike Craving

Bored of Dark Souls? These are the best Souls-like games on Xbox One

Xbox Deals With Gold and Spotlight Sale Discounts: 21st-27th May 2019