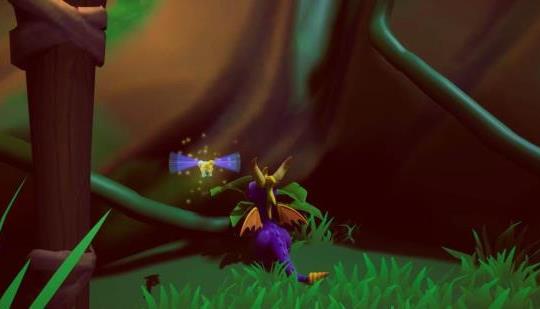 David from BagoGames writes: Despite the amount of love poured into this project, The Spyro Reignited Trilogy's visuals fall flat, especially compared to the Crash N. Sane Trilogy–another Activision published remake of a beloved PlayStation franchise. The extra flourishes present in every scene fully realize Insomniac’s original vision. Previously barren landscapes feel lived-in in a way the original PlayStation could only dream of. From beginning to end, though, there’s a sense that this package lacks the same visual consistency that makes the Crash N. Sane Trilogy so impressive.

That's a matter of taste I guess but I couldn't disagree more. The visuals are amazing IMO. Granted I have not yet played the game but I have seen enough segments from all three games online to form my own opinion.

Why Are We Still Waiting On A New Spyro Game

5 Missions That Made Us Rage Quit

Op-Ed: Has Activision Put The Fire Out On Spyro 4?

Spyro 4 Needs to Happen, and Toys for Bob Needs to Make It