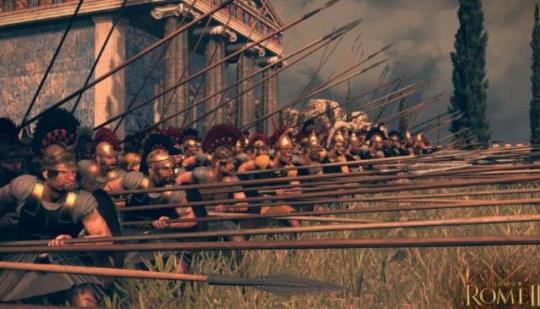 Total War: Rome 2 is being review-bombed on Steam

Following complaints about female generals in Total War: Rome II, the game is being review-bombed on Steam.

pcgamesn.com
- Comments (5)+ Comments (5)
TopNewestOldest
The story is too old to be commented.

If they tried to make the percentage historically accurate, I have no qualms with it. I agree if it's a 15% chance then across the thousands of players playing the game, you're going to have one game where there's a larger number of female generals in the pool.

There have been a few female leaders in history, and it's been more accepted in particular cultures, and I'm happy they tried to represent that in the game.

There’s a toxic subculture of incels and red-pill scumbags in the gaming “community” that only want to watch the world burn if it doesn’t conform to their own narrow minded world view.

There’s nothing wrong with inclusion in video games. These people feel anger because their real lives are out of control. They see themselves as “superior” to women or minorities or *insert subclass here* for no other reason than to have a boogeyman to rally against.

What those people should know is they’re the real minority in the gaming community. Their efforts will fall on deaf ears. They will he forgotten forever when they’re gone and won’t be missed.

I don't like token inclusion. IMO it's dehumanizing because you're basically telling that minority that they can't succeed in an environment that isn't PC and bending over backwards to accommodate them.

Which is why having a minority in a game or a movie simply for the sake of being inclusive breaks my immersion, especially if it's a case where it just doesn't make sense.

In this case, they were aiming for historical accuracy so I have no problem with it. If every empire had a 50% chance for female generals I would have a problem with it. Because there were empires like Rome and the Greek city states where females had traditional roles that didn't involve military conquest. Of course there was the rare exception, and I don't mind seeing the rare exception in game.

The Most Influential Strategy Games of the 2010s

Female Generals In Total War: Rome 2 Cause Outrage And Drama