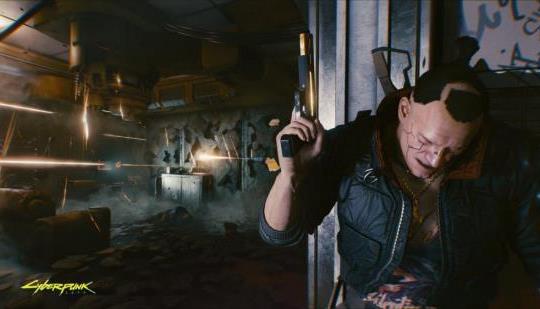 Developer CD Projekt Red has commented on the recent Cyberpunk 2077 gameplay reception and the game’s current state of development.

Adhttps://n4g.com/General/Sponsored/arise
- Comments (39)+ Comments (39)
TopNewestOldest
Expand all
The story is too old to be commented.

Why do I feel that I should perhaps wait for the inevitable definitive edition for the PS5 to experience this game at its peak?

Because you don't know that PCs exist. Console will NEVA have a definitive edition of a game with a version on PC.

Let me make this as simple as possible for you. Definitive edition as in the full game with all DLC expansions and bug fixes included typically released 1 year(or later) than the OG release.

I dont give a rats arse if you some PC players can play this game with some extra pixels and quality settings.

Depends on your PC.

Na man, you just live in a world where nobody cares about negligible differences.

Not for thousands of dollars at least. lmao.

Because your current PlayStation hardware won't do this game justice, the one x however will be just fine.

Haha nope. Both versions will be pretty much the same.

Given the demo they showed ran at 1080p 30fps on an i7-8700k and GTX 1080Ti, I really don't see how they can fit this on current gen consoles at all without making extreme compromises. That GPU is 11.3 tflops. The original PS4 is 1.84 tflops and original XBO is 1.3 tflops. We know Sony/MS don't allow Pro/X only software, so if CDPR support this gen of consoles they will have to support their original consoles as well.

I just don't see how they can do that with much weaker CPUs, and GPUs that are at least 6 times weaker than the one CDPR was demoing the game on. Sure, there is time for further optimization & having target hardware for consoles makes things a bit easier, but I wouldn't be surprised if they ultimately decide they will have to focus on next gen consoles. They've even mentioned that even though they are trying to support current gen, they aren't sure if they will be able to.

The One X wont get it if the standard X box one don't. Those are the rules 😂

Neither will, both ps5 and xbox 2 will be the way to play this game.

The PC will be the definitive edition.

yeah im right there with you. tho it may be a long wait as CD said "players can wait a few more years" and that was just a few months ago...

As long as you don't wait for the PS5 pro :P

With my ps4 backlog, I might as well. I have a pro so the ps5 must be a real beast to sway me into getting one. A meer 40-50% power increase over my ps4 pro wont cut it for me, not by a long shot.

@ultranova I actually have a pro as well and feel the same way as you lol... I'm just afraid it's gonna take a while but then my backlog is horrible too. I REALLY hope the PS5 will run PS4 games though

And I think they should wait for ps5 release and than release it on both gen platforms. I want it to look better, not worse :)

Because there’s no guarantee that it will release before the release of PS5. I wouldn’t be surprised if both Cyberpunk and ps5 released around the first quarter of 2020.

I think it's a PS5 game that will also have a PS4 version.

Totally agree after this yrs games are out the way, I'm gonna have a yr (2019) of catching up with some indie titles and 3rd party games I've not played yet. I'm gonna wait until nxt gen before I play cyberpunk, tlou pt2, death stranding etc
Edit: if I can hold out of course lol

Not a bad idea to wait for a complete version further down the road. Not that the game won't have enough content on day one if Witcher 3 is anything to go by. Personally I'll be buying a PS5 a year or so after launch so perhaps a complete version of this game will be out around that time.

These companies really have to start laying overloading with release footage and the likes. Not only does it leave stupid people that don't understand its current level of development, with a bad impression, but the hype effect has diminishing returns over time.

Wait until it's much closer to finished, to show off a far better looking game, and keep the hype at a higher level closer to release date.

Honestly I was extremely impressed with what they showed and I'm even more excited knowing this game is still in the works.

The level of detail in the city and how crowded it was is a sci fi dream and the fact it was seamless was even better.

I really can't even fathom how people would not be impressed or think this looked like any other game out right now.

Capcom has been killing it with this since resi7.

They fed us disclaimer after disclaimer verbally, in writing, in gameplay and still people find a way of ignorance. Now somehow I wish that CDPR didn't reveal the E3 demo. Everything in terms of gameplay is subject to change, from missions and even the characters that we met/saw in the demo. Is WIP too much of a complicated concept for people to grasp or am I the one bugging here?

I hate to say it but, I predict a downgrade. This game is just TOO ambitious for its own good. This was just corporate securing preorders, nothing more. Nothing less.

Or it was to please the fans who have done absolutely nothing but bitch and moan for gameplay.

And if it runs on a gtx1080ti in it's current state, it'll be perfectly playable on a 1070 by release. You want it to look it's best, you gotta pay for it. Nothing new there

Hopefully it will have third person view option, other than that the game looks amazing.

That would not work. The game is designed for FP. If they were to change it to TP that would require æ massive redesign.

I want the game to be a more polished experience of what the demo showed but not a story focused boring game like the Witcher.

@ultranova and yet you went out and bought a ps4 pro, I get the feeling you still gave "a rats ass" pre xb1x no ?