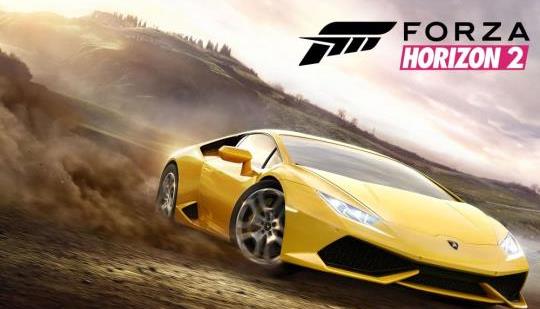 "If you’ve yet to purchase Forza Horizon 2 or any of the downloadable content and you had plans to you may want to act soon as it’s going away."

I don't understand this. Why make it unavailable to buy? Normal companies don't do this. This isn't a thing.

Imaging not being able to rent or buy a movie anymore because "expiring license" of some product in the film.

@segata
It did happen with the movie Prometheus

Yeah, but it shouldn't be. Once a product is put together, nothing should stop its continued sale. I can understand not being able to add anything new to it, but that's all.

Pretty sure it’s a music licensing thing. I don’t fully get it, but that’s supposedly the issue. Same thing happened with Horizon 1.

The game is free this month with gold though, so if people wanted to pick it up before it leaves the store then it’s free.

I'm shocked! This adds to my long list of reasons why I hate current digital games implementations. They should be patching the game to remove unliscenced songs and keep it as a download option for completed purchases and simply remove option to buy. The day videogames go 100 % digital will be the day I stop buying games.

It's also an issue with movie streaming. They lose the right to a song and then it gets swapped for something else. If that ever happens with physical copies, you can always buy a used copy. If it happens with a streaming only film then the only way to get the original version would be to pirate it.

Why not patch the licensed music out and replace it with some generic racing music?

Shaggy, I don't think anyone is saying that it won't be available to current owners. We understand that it just applies to new sales.

Edit: Oh, wait. Yeah, playnice is saying that. I think he's the only one confused. Hopefully now he isn't anymore.

If you own it you can still download it after the date. With the original music etc, nothing patched. It’s just you cant BUY it digitally after that date.

Along with all the dlc... Its just not available for sale. Physical discs wont be manufactured further... The problem with existing physical copies on shelves is you will only get the game... No DLC or additional cars which is worse unless there is a complete edition.

Well that does make a lot more sense, thx

I can rent Prometheus for $3 on Amazon,Google,Vudu,Fandango right now if I wanted.

Do you not think this is more likely minor teething issues while the industry as a whole move towards a digital distribution method? It's not like movies/TV get removed due to licensing issues. This will be a non issue in 1-2 years time, as most licensing contracts will take into account the changing dynamics in the video game industry.

You say that as if it's a sure thing. If it's that easy, why haven't they done it already?

Movies/TV are sometimes altered due to liscensing issues.

I wouldn't count on licensing issues going away in 1-2 years. They've been an issue in movies for decades now. Not that it won't get remedied at some point, but 1-2 years is being generous.

The reason most of these games do licensing like this is because its cheaper to use such things for a shorter period of time. If its longer, you have to pay more, and possibly pay royalties after initial printings.

Movie/TV are a different animal, they can be streamed and run on basically any device. This particular problem may be a teething issue, but there could be many similar problems with digital-only that we haven't even faced yet.

Hell there are already problems I can foresee. Price control being one of them. Movies make most of their money from theaters, after that people rent/pirate/stream whatever they want so no one complains. They don't try to make money from movies 5 years after releasing. With games digital only means publishers can keep the game at a steady price for years and years. There are 5 year old games on the xbox store for $50, that I can buy physically for $10 at any time.

The OPTION to have a digital library great, but forcing it down our throats is not. Not saying digital-only won't happen, just saying this is why I'm against it.

With FH4 coming out soon, I don’t know why anyone would want FH2 at this point.

... except they could force an update on your existing game that removes content, like they did with GTA4 a while ago, where they ripped out a whole bunch of songs...

Lol what, how is it the fault of the person? You should be allowed to buy a game whenever you want. This just highlight how dumb digital-only is.

How is this different to physical media? If you purchased it previously you can still download it until Live is shut down. You definitely won't be able to find a new copy (physical) of this game. It is weird for a first party game to be taken off the owners purchase platform for sure

Love whenever you bring this up as an issue for an "all digital future" there's never really a counter argument, they just give you disagrees like it'll matter.

No one is playing this game let alone buying it, so please, tell me who are affected by this?

All those people fussing about preserving gaming history I suppose. Been kind of a hot topic the past week or so. Otherwise, on a game like this, which sees yearly or bi-yearly releases, it's probably not that big of a deal since people move on. However, there could be other games which do this which may not fall into that category, and people may want to play them further down the line. Like recently, I got the new Mirrors Edge for $5, so it would suck if it had to be removed before I decided to get it to try it out.

I'm sure that FH2 would be easily found 2nd hand. Its a good game,but that doesn't really matter in the 2nd hand market for 99.9% of the games out there. It's and older title, and is a bi-annual release. Games like that tend to be in the bargain bin at gamestop. It's currently $25 used at GameStop, and when the next one comes out, and with it now being free for XBL owners, it'll like go down even more.

The counter argument is that:

1. The game isn't being removed from your library if You already own it digitally.

2. If you're lucky enough you still may be able to find a used copy, considering they aren't making any new ones at this point anyway.

Bonus: Microsoft is actually giving the game away with Games With Gold this month so anyone with an Xbox can DL it before it gets delisted.

Really... You say this as an issue. I own this game digitally. Tell me what are the problems that i will be facing in after two months.

My friend owns a physical copy of base game. What are the problems he's going to face in two months?
I have down voted you as you say this as an issue. I will tell my reasons for down voting if you can explain in detail what that or those issues id experience.

"Really... You say this as an issue. I own this game digitally. Tell me what are the problems that i will be facing in after two months."
It's a problem even if you won't be facing it personally. Do you own every game that has released 4 year ago? What if it happens to every other game from the past, soon enough you might want an old game that you can't buy anymore.

"My friend owns a physical copy of base game. What are the problems he's going to face in two months? "
That's because we are not in a digital-only future yet lol, you just proved the point. If we went all digital 4 years ago no one would be able to buy the base game in two months. Prime opportunity for the publisher to re-release it in some "complete edition" and charge full price again. Do you not see the problem with that?

It's an issue. That doesn't mean the sky is falling. Customers rightly don't trust cooperate enitities to have their best interests at heart. What do these companies what the all digital future to be? Do they want people freely using the products they buy or would they rether restrict usage to create demand? Remmeber how Disney would only have limited runs of their VHS/DVD movies so that their would be months or even years between when you could buy The Loin King or Aladin or whatever? There's reason behind peoples concerns, they're not just screaming fire in a movie theater because we saw a Bic lighter. They're saying they don't trust, which is reasonable.

Good that anyone who already owns it will still be able to download and play it.

Can you still purchase this new anywhere? No

Can you still play your digital copy after the delisting? Yes.

Not sure why everyone acts like they are stripping the game from everyone...

Lawyers. Almost as bad as politicians and bankers. Almost.

All 3 are spawns of satans anus seepage.

All digital future can kiss my ass.

Litrally no such thing as legacy with Xbox. At least with Sony and Nintendo they're proud of their back library and their value.
Imagine if Sony said you'd never be able to buy infamous again. Unthinkable.

With yearly orb2 yearly updates it won't be missed one bit.

At least they gave the digital version with games with gold.

Looking Back To 2014 and Forza Horizon 2

How Forza Horizon Changed My Relationship to Xbox

Are the free Xbox Games With Gold titles for August 2018 any good?