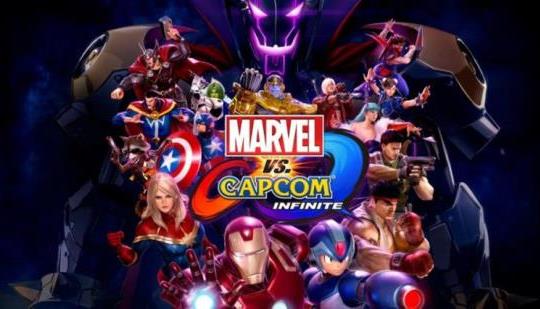 Why Marvel vs. Capcom Infinite: Uncanny Edition Needs To Happen

Can the simple addition of the X-Men save Marvel vs. Capcom: Infinite? All signs point to “yes.”

it's getting removed in October

I actually enjoy it but would love Xmen

No it's the whole art direction. The game plays very well but it has such an uninspired look, Capcom would be better off just letting it die and work on MvC 4 instead.

It needs more than just the X-Men. The whole roster is lacking. Capcom also has a wealth of characters that are missing that should be in the game.

They played it way too safe with this one and instead of going bat shit insane like the previous ones they went simple and made it easy for newbs.

I disagree. Whats there is good but what is missing is just more characters in general. I went back and downloaded Ultimate 3 and the first thing I see is 50 characters. Infinite only has 36. What is there works but there just should be more.

Can't really compare MvCi to UMvC3 until they make a 2nd version. That being said, vanilla MvC3 had around 38 characters. I think they messed up by bringing back characters from the previous game that no one asked for. Ghostrider, Hawkeye, Spencer, Chris (Leon is way overdue), Frank West, Nemesis (Perfect opportunity for Jack Baker). Just to name some. Roster doesn't have to be big if it boasts quality. MvCi does not.

I hope to see a revival of MvCi or something. The gameplay is really good, but the roster sucks ass.

These are just rumors though, but i'll be keeping an eye on Evo.

Just the addition of Wolverine would make it better, but yeah, Infinite needs a lot more than just the X-men to feel complete.

They should move on and create a new tittle ,they have to look infinite as a learning project and not repeat the same mistakes they did with it and SFV.

There might not be a new title with how poorly this one sold, along with Street Fighter V.

gameplay mvci is on par with any of the other games in the series, but presentation and roster are a big deal for fighting games

If there's no announcement at EVO about it, then there's probably nothing in the works for it.

I'd rather they just released the first two on modern platforms. I'd definitely buy them.

Remember when capcom was making good fighting games, now we have street fighter 5 and mvc infinite

It was a lot of fun to play for 8-9 months while the online community was decent sized for PS4, but when it finally died down to about the same 20 people in lobbies, and they were way better than I was, or could hope to ever be, I hung up my hat. The gameplay is seriously killer in it, but shoddy menus, lack of most people's most wanted characters, and a questionable graphic styling (which never bothered me, TBH) were the nails in it's coffin. This rumor is pretty much 100% guaranteed to be fake. I'd believe a season 2 rumor more, but even then, all signs point to season 2 was abandoned and Capcom pulled support for this game. It was fun while it lasted, and I got my money's worth from the game, but the online is dead as a doornail. Funny to see this here since I hadn't played it in a dog's age but played an arcade run through yesterday and was seriously impressed again at how well the actual game play is and how each hit of a combo just feels meaty. Other fighters don't come close to the feel of MVCI. I stand by what I said in the past and that's this is probably one of the best fighting games around as far as actual game play is concerned. It's too bad it turned out this way, but I understand why the community turned it's back on the game.

With today's capcom anything can happen and nothing.

Marvel vs. Capcom remains a strong performer for Capcom despite turmoil in the past decade

Why the Marvel vs. Capcom Series Needs a New Entry

Every Marvel vs. Capcom Character, Together At Last