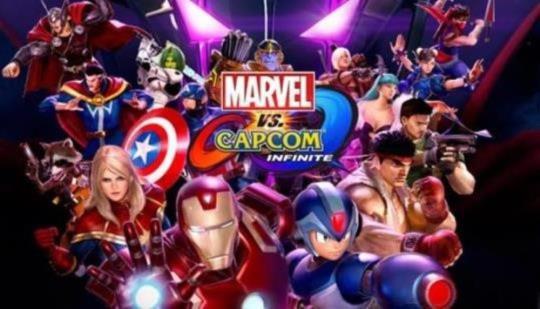 What could've been an unbeatable addition to the Versus franchise ends up being a footnote in why publishers shouldn't leave a project hanging with a meager budget.

Adhttps://n4g.com/General/Sponsored/arise
- Comments (11)+ Comments (11)
TopNewestOldest
Expand all
The story is too old to be commented.

It had two-person teams instead of the fan-favored 3, and they charged for Venom as DLC instead of including him in the base game, even though Venom was the most-missed omission from MvC3.

MvC3’s mechanics were too shallow, but at least they tried with the roster (THE most attractive part of the franchise).

If they were smart, they’d go back and do a semi-reboot of MvC2 with a hand-drawn style, and just include Marvel characters.

Avengers vs X-men would be infinitely cooler than anything watered down with old Capcom characters. I don’t need Ryu to fight Iron Man…. We wanna have Hulk fight Iron Man more.

I enjoyed 2v2 way better then 3 on a team. Also, the mechanics on mvci where easy better.

They couldn’t be easier than MVC3 and be better.

I thought the series went into hibernation. The property rights debacle was an understandable reason. It is a pain in the ass. Old games getting their soundtracks removed, games getting taken off of the store, etc. When they announced infinite I went berserk because I understood the trouble they went through to make that happen. They got hype to 100 and then took a giant dump on it. We didn’t deserve that, mvc didn’t deserve that.

I want a capcom versus game. They have enough characters to do it and the budget and properties aren’t an issue

I more want a Bandai Namco or Square vs Capcom. Or a Project X Zone situation where it's characters from several different publishers.

I don’t really play snk games like that so that doesn’t hype me. I haven’t played the other vs games. I want a straight up 3v3 capcom characters fighter. No guests, no contracts for right holder liberties and chains to someone else’s characters.

That development freedom could be boring for some with just capcom characters but I don’t think it would. I think it would be capcom unleashed and I also believe they have a solid roster with their own properties. In a time when everyone is making their own “rumble verse” with their properties I think it’s time for classic capcom to show them how it’s done.

Yeah..both Capcom and Disney ruined the series with this one.

I like infinite but the roster is terrible. Capcom needs to remake mvsc2 asap

This game is absolutely garbage! The worst out of the 4 Marvel Vs Capcom crossovers. 3 was pushing it. Should not of changed the fighting engine again. It was bad enough in 2 that they removed medium attacks. The medium attack allowed more control in special moves. Why the hell they changed it all? Just look at X-Men Vs Street Fighter and Marvel Vs Street Fighter. Even the first Marvel Vs Capcom, they all played great.

Squaring Up For Acquisition?