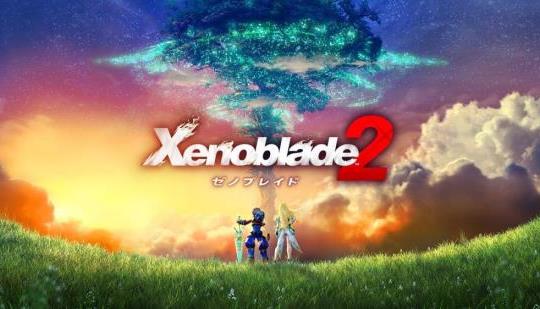 Ranking the Xeno games - Tetsuya Takahashi is a master storyteller and video game director. His games are masterpieces. What is the best Xeno game though?

Adhttps://www.releases.com/?utm_source=n4g&utm_medium=native&utm_campaign=c1
- Comments (44)+ Comments (44)
TopNewestOldest
Expand all
The story is too old to be commented.

The Xeno games, Xenosaga in particular, are very underrated. I hope we see Xenosaga return again one day, but regardless the Xenoblade games have been great and looking at all seven games it's so hard to rank given the fact that each of them is so good in their own respective way. each one has something special and unique to bring to the table.

Xenosaga is decent but deeply flawed.

every game has its flaws, even the best. Xenosaga is still an incredible experience with the best story in any video game, period.

Hoping for a Xenosaga trilogy, though not sure if it'll be Switch exclusive.

Also, Xenogears will always be number 1 for me!

@ blitz I would guess ps4 too

I feel the original 3 xenosaga have their own flaws sure but I would say the positives outweigh those negatives greatly.

I don't think I've even played a RPG that is had a Trilogy with connected story as good as xenosaga before.

@blit-it would likely be on PlayStation 4 /PC / Switch.

Namco owns the rights to the xenosaga intellectual property.

@DJ- except development teams very rarely actually create remasters or transition jobs they actually specifically go to teams that focus on this.

Bluepoint games doesn't actually make Uncharted games like from the ground up their job is simply to transfer....

That actually means it would be extremely unlikely for Namco to need that team to do that because that doesn't really have anything to do with remastering in terms of transferring a game over to another system a lot of that technique is done by teams that specifically are experts in that field.

I don't even understand why they would not release it on PlayStation 4 considering the market. So they would remaster xenosaga on a system that never got the original xenosaga games? Keep in mind I don't think anything's wrong with that but the fact that you even think it would be exclusive is extremely weird because it would be more likely you would see it across all platforms that support Japanese games.

Trust me Namco is not going to be putting money for some ground up remake of a series that originally failed to sell in the first place... Did you not read that xenosaga was originally supposed to be like six games?

I don't see any benefit to them limiting where it's going to appear... I simply see wishful thinking on your part that you think it's going to be exclusive despite the publisher owning the intellectual property.

Most things are flawed, nothing is perfect.

Xenosaga games are definitely very underrated. Those are some of my favorite turn-based RPGs on PlayStation 2.

I think it's better for the team with the Xenoblade games of having each game be different in terms of narrative story etc, I would say xenosaga is downfall was them trying to make such a long complex story I remember reading it was supposed to be like six games or something.

I just a Xeno Warriors. Xenoblade and Xenosaga coming together, to wreck madness and destruction on everyone, and everything.

well in Project X Zone 2, which Monolith co-developed with some other companies, KOS-MOS and Fiora from Xenoblade are paired together during section, so that would actually be pretty cool. Xenosaga has some other really great characters like Rubedo/Jr and Albedo.

I would say Xeno X is the best. The exploration is awesome and the mech battles are awesome/epic. Xenogears should be higher.

X's story is decent but not as good as XBC and definitely nowhere near the league of Xenosaga. Still hoping we get that Xenosaga HD remaster on switch someday...

In the meantime I'll just flip on my PS2.

I don't think they'd work on the switch because in portable mode the cutscenes are too long. then again, the same could be said for XBC2 or the 3DS version of XBC, so who knows. probably won't be made anyway.

@nintendoswitchfan they are not nearly as bad as you think. replaying the games now I can tell you, yes some parts push it, but if they put XBC and XBC2 as portables on the 3DS and Switch, Xenosaga would have no problem at all.

I didn't really understand Xenoblade X and I just didn't like it as much as Chronicles. Even though I really like the concept with the mechs.

That series just had such an epic ending.

@nin-re master of xenosaga I don't really believe would be that complex in regards to not being able to run on the switch or anything like that.

I think it would have completely no problem. Because of how xenosaga was perceived in regards to sales I don't even really believe Namco would be making some full-blown remake it's likely they would just touch up some of the scenes put the game in high-definition which would mean 100% it can still exist and work on the Nintendo switch, no problem.

@Dark Link - took the words right out of my mouth I mean is this person not realizing that Xenoblade Chronicles and Xenoblade X far surpass anything done with xenosaga? A remaster of xenosaga is not going to look like the equivalent of what you see from Xenoblade.

The story of XBC completely failed to engage me. I got maybe 15 hours in before giving up? I don't like Shulk (I don't dislike him, I'm just not interested at all,) I don't like how Shulk plays, I don't like how the game essentially forces you to play Shulk or enemy/boss mechanics will wreck you, I don't like... any of the characters I met really. I like story driven games, I like Xenosaga for that matter, but XBC just falls flat at every turn. It's more interesting as a plot summary on wikipedia than as an actual game.

XBCX is much, much, much better. I get to pick a playstyle I actually like without the game bitchslapping me the very first time something even sorta tough shows up, I actually like several of the characters, and the actual plot is basic and minimalistic, but reasonably well executed and quite happy to stay out of the way and let me enjoy the things I really like about the game.

Xeno X didn't have the original voices included, just the terrible English dub, so that alone already works against it.

And then there was the ridiculous censorship.

We need the original voice track

THe original voice track would be nice, but the dub is good. And I have pretty high standards for what constitutes a good dub. Now, the *localization* I have no idea wether that was well done or not because I haven't experienced the original, but I actually recognize the names and/or voices of several of the people in the X specifically because they hired good voice actors.

Personally, I think Xenogears and Xenoblade 1 are the best.

Yes they’re all so hard to rank

I would put Xenogears first, easily.

The second disc needs to be finished lol

Xenogears is was & will always be one of the best JRPGs of all time & an all time classic & this clown put it in 4th place, just go jump from a bridge clueless tard.

Xenogears will always have a special place in my heart because it was so good and got me into playing jrpgs when I was a kid. What would I give for a sequel though.

Never played any of the Xenoblade series—would Xenoblade Chronicles X be okay to start with?

To call it a series is to stretch the definition of series a bit. If they don't share the same title (ie,Xenosaga 1, 2 and 3) then they're unrelated in terms of plot or world, they just share some themes.

So yes, Xenoblade Chronicles X is a fine place to start. It is probably the least representative of the series as a whole though, being by far the least plot driven game of the series, it's all about combat, exploration, and messing with the world state (there are dozens of interlocking side quests that make minor changes to the main city, and while Xenoblade Chronicles also has these, being story driven doesn't really give them time to shine, you progess the story and it has decent pacing, or you spend hours on those side quests and destroy the pcing of the main plot, Xenoblade X is much more free form and doesn't have that problem.)

The rest of the "series" is intensly linear and story driven. Which works great when I like the plot and characters (Xenosaga) and is terrible when I don't (Xenoblade Chronicles 1 and 2)

Cool, thanks. Chronicles X will go to the top of my Wii U need list.

From now on I'll refer to it as just the Xeno series, since:

se·ries ˈsirēz/noun
1.a number of things, events, or people of a similar kind or related nature coming one after another.

Regardless, the point wasn't "don't call this a series" the point was to say that if they don't share a title, they're not related to eachother, so you don't have to worry about where to start or not. It's not like, say, Dragon Age or Shin Megami Tensei where a bunch of plot/metaplot points only make sense if you've played the previous games, it's like Final Fantasy, where they're almost all completely unrelated and it doesn't matter where you start or which you play, you get the full experience anyways. The only Exceptions are the actual direct sequals: Xenosaga 2, Xenosaga 3, and possibly Xenoblade Chronicles 2.

Yeah, I see your point. We tend to get etymology and lexicons all fuddled. It's like how the series of Marvel movies—take Spider-Man and Iron-Man, for example—may not be directly related, but form the same universe. (And, ironically, in this case will actually become the same event in just a couple months.)

I know that we're all used to seeing the word "series" used in conjunction with things like television shows or a even a particular baseball event that crowns a "world" champion (which is another great example of society's misuse of words [one of many {I mean, I don't recall the Dodgers putting themselves against the Tokyo Yakult Swallows to claim that title!}]).

In any case, this is my last attempt to remedy this misunderstanding. May your series of days (life 😌) be great and as free from frustrating and poignant conversations as possible.

"Life is a series of natural and spontaneous changes. Don't resist them; that only creates sorrow..."—Lao Tzu

Not even a conversation up for debate Xenogears is god mode

Loved the Xenosaga series. Seriously underrated. You can tell so much thought, work and talent went into making those games. It had a deep story with a great soundtrack. Memorable characters throughout and some of the best graphics for its time.

can't disagree with the top spot but the rest of the ranking sure is some controversial stuff that could be worth fighting some "fanboy/girl-war" over but i'm too old for s##t so anybody wanna hop in and kick some journalist a## for not ranking xenogears at at least second place instead of me? ;-)

Agree 0Disagree 0
▼✖-+
SPAMInappropriate
Show all comments (44)
The story is too old to be commented.
30°

Poppi Is The Star Of Xenoblade Chronicles 2

The Story of 'Xenoblade Chronicles 2': A Full Recap

The Story of Xenoblade Chronicles: A Full Recap

From Bionis to Mechonis: 'Xenoblade Chronicles' and Creating The Perfect Adventure

The Best Selling Xbox 360 Games of all Time