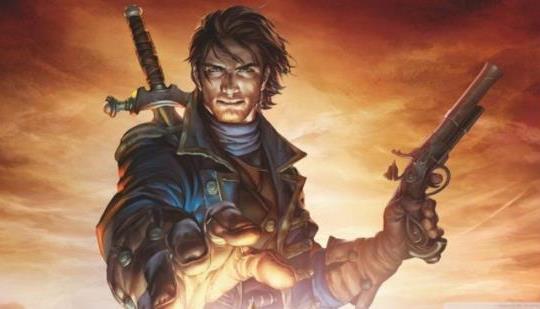 Player 2 looks through Microsoft's back catalogue of games to determine which titles should be brought back to life.

Some good picks here and there is definitely a wealth of potential MS could pull from and just ride the nostalgia wave.

Crimson Skies and Mech Assault are no brainers and should have been released already. They have been requested by every fan for the longest.

Brute Force I can really see coming back and paying homage to old school arcade shooters. Make it an arcade type game, third person shooter, with a Contra gameplay style. Make it over the top and action packed.

Jade Empire...interesting....what if that is the game Playground is supposedly working on...

I'm not sure but I thought MS owned Jade Empire since Bioware made it before getting bought by EA.

Besides, it really doesn't matter, MS could still contract a third party game from EA/Bioware.

Nope. Backwards compatibility is moving backwards. You wasting resources on BC rather than making new games.

Mechassault is the only *Great* game on the list imo. I had a blast playing that back in the day. Crimson tide was mediocre at best

I’d rather see Fable 4 actually get confirmed before I act like it’s a real thing. And that Age of Empires remaster isn’t even coming to Xbox One.

Age of the Empires 4 is the game I was referring too and its mention is to emphasise the point that MS is actually looking at their back catalogue. AoE4 may not come to Xbox but it will be apart of the Xbox ecosystem on PC.

Unless it’s on Xbox One so it could be part of the Play Anywhere label, the “Xbox ecosystem on PC” shouldn’t be a phrase that is ever muttered.

Age of Empires isn’t even part of Microsoft’s back catalogue of franchises since it’s been a series they’ve been handling in recent years now. So it’s even more unnecessary to bring up unless you’re also going to say Halo, Gears of War, & Forza are part of their back catalogue as well.

If you brought up Microsoft releasing remasters of Voodoo Vince & Phantom Dust last year as a sign of them looking into their classic franchises, that’d make more sense than saying an ongoing franchise that isn’t coming to Xbox One and an unconfirmed rumor of game were signs of this awareness.

Of course it is an Xbox ecosystem. Every game Microsoft releases on PC these days is apart of that whopping big Xbox store at the bottom of every windows 10 screen. What else would you call it? Phil spencer even refers to it as that. As for Age of Empires, considering there hasn't been a new AoE game since AoE online about 7 or 8 years ago It is a pretty fair statement to make. To me it just seems like you are being agressive without reason and you have take one line in an article and ran with it to make a ranty point.

Out of roughly 1000 words about games from Microsoft's past you go on a rant about this????? I think you are missing the point of the article dude.

From MS themselves. Also if you call re-releasing old games with only resolution improvements you have a lower standard of handling than I do. Also For Fable I never said it was confirmed, I said all but confirmed, considering there has been a fair bit of evidence pointing towards that, it is a fair comment to make. But mainly I really want to ask, what is your thinking behind this, somewhat off point rant? I mean the article barely mentions the two games you have ranted about, it is about actual MS games that I would like to see come back and yet you feel the need to go off on a tanget? I am not being nasty in asking this question I legitimately want to know. What is it you hope to achieve?

"I’d rather see Fable 4 actually get confirmed before I act like it’s a real thing."

Fable 4? Could take a while. Playground´s Fable will more likely be a reboot. ;)

Ooh i have a good feeling it might come to the Xbox one considering the Mouse and keyboard support. So thays of no concern, it would be megaton if turned out 😁

Moving forward by admitting that sony is right "exclusives matter".

Fine by me. I'd love if they bring back old series. Give me Fable 4, Crimson Skies 2, Mech Assault 3, Voodoo Vince 2, etc. Would even like to see Halo go to a developer who will make a game that is like 1,2,3 instead of whatever 343i is trying to do to the series because it's not good.

I just don't have any faith in MS to do any justice to even one of their titles at their disposal. They are all in on GaaS and P2W

I love most of these suggestions, however MS desperately needs new IP.

The Medium, Blinx, and more get touch controls on Xbox Game Pass

Fable 4: Are They Making a Mistake?

10 Franchises That Should Return On Xbox Series X|S