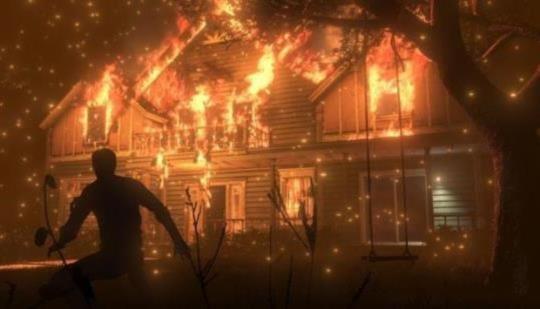 The Evil Within 2 certainly starts as it means to go on. Spoilers, obviously.

If you can’t wait for the Friday 13th release (oooOOOOOoooooo!) of The Evil Within 2 this week then we’ve got just what you need. The first hour of gameplay, covering Chapters 1 and 2.

i already watched 6 chapter i like that seb have more reaction to environment (when sundenly change to other location ) than first game "What The ..." (but it's not late to say that ?)

Did you get the special bundle of it...I don't know if it's only a GAME UK thing

Just the standard game only. Am gonna play the shit out of this game after tomorrow for sure.

I'm going through the Amnesia Collection. Then this baby is up next! October just demands for non-stop horror!

Ah right, I thought you would have went all out with the Steelbook, T-Shirt and the metal sign of Union XD

Sadly none of this stuff is available where I am and shipping them would be expensive as hell so I opted for just game.

They released the OST today. It's the full cover song from the trailer

Nice, thanks for the link :)

Is the first one worth it? I never played it.

Cool I'll have to give it a shot. Not much for horror but there's a first time.for everything

I tried it on Pc when it came out. It was very much like resident evil 4, well it reminded me a lot like re4 meets silent hill (for the blood and gore).

I gave up shortly into it as it played to similar to re4 and it felt that was all they had going for it.

I liked the first game, but didn't find it all that scary. Hopefully they ramp it up in this one.

Yeah from what I have seen they didn't really bump up the scary, which was something I would have loved, so kinda bummed about that but I guess I'll still get it.. -But if they would have made it really scary that would have been awesome...

Ever since playing P.T. demo... I have wanted a really scary game so bad... but I guess were just not going to get one..

I kept my old hard drive because PT is on it. I might have to run through that again soon.

i bought and played the first one, which was underwhelming at best. stopped after a few hours. i will not buy another evil within.

Liked the 1st one up until about half way through and then it turned into a RE4 shooting gallery. Which is where it lost me and I stopped. I'm willing to give this one a chance though. Here's hoping

I liked the first one it had a good atmosphere and horror but average gameplay and shit story.. This one doesn't seem scary at all and kinda borring but we will see i will try it out until then RE7 is the best horror game this year hands down.

I was overwhelmed seeing the Resident-Evil 1 haunted mansion in chapter 9 of the 1st game... I mean Shinji Mikami totally put an easter egg in the form of that... and the visuals in that part were beyond beautiful... in 2014 these guys put an amazing shows out there... can't be more excited for this, considering the open-world elements too. I finished the 1st in 24 hours... lets hope this one doubles it!

Also where are the REVIEWS???

The game looked really impressive in the burning house. I skipped forward as don't want to ruin too much.

Saw the chat between the guy and woman in the pub. Looked pretty poor with facial animations, and the look of the female character was very generic.

The voice acting was a bit under par as well in that scene. I stopped after that, again not to ruin anything.

The characters have a typical Capcom style to them still.

So glad I have a freaky game to play for Halloween. I tried the amnesia game but it’s not my style. I lasted about 10 mins with the motion blur.

January’s ‘free’ games with Amazon Prime Gaming have been revealed

The Evil Within Deserves Another Chance